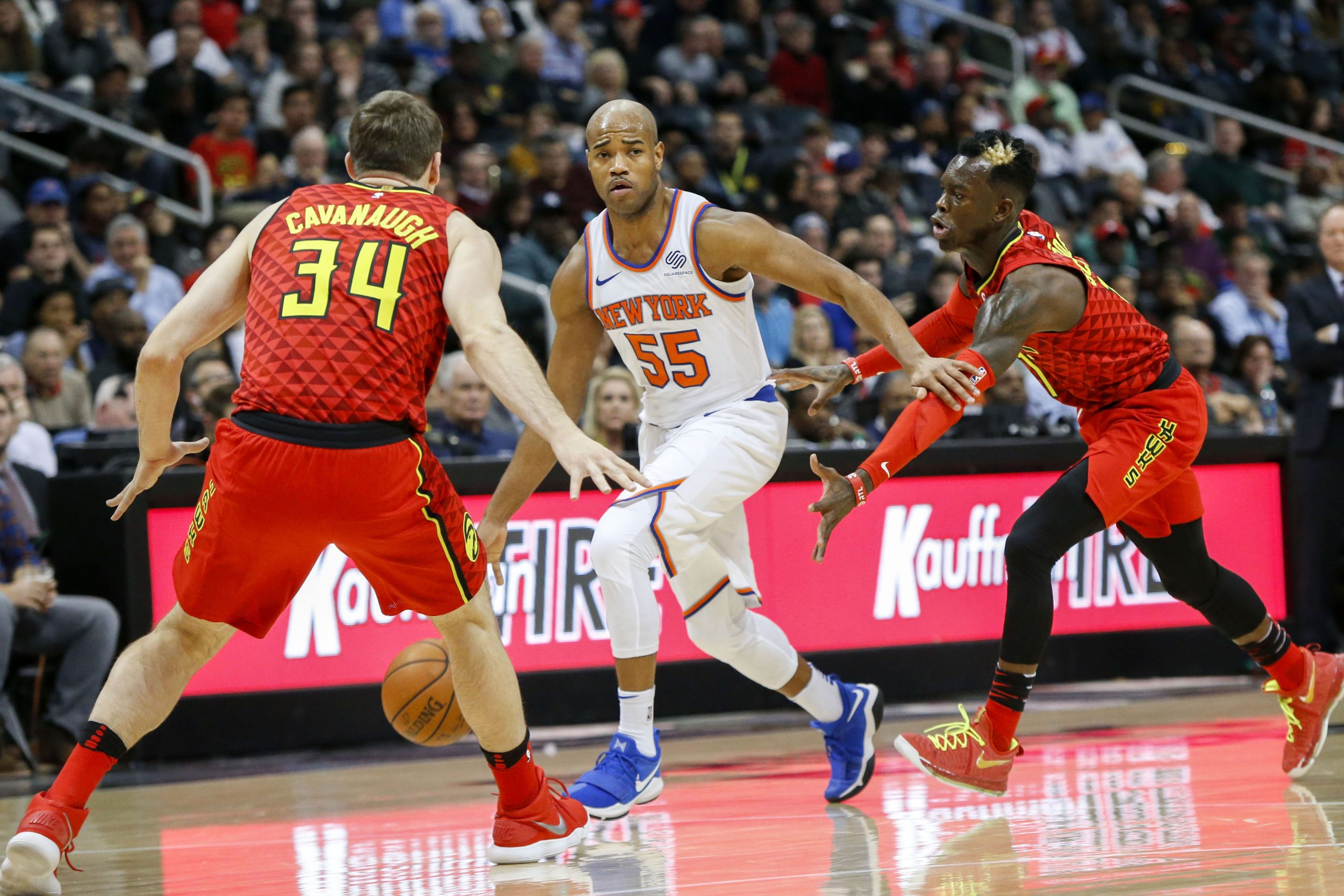 After a collapsing loss to the league-worst Bulls on Saturday night, the Knicks made sure to secure a win against the Hawks (the second worst team in the NBA) on Sunday night. In tallying an 111-107 victory, New York made sure recent history didn’t repeat itself. Still, putting such a game in the W column didn’t come without a scare and it certainly wasn’t as satisfying as the team would have liked.

Let’s start with one of the bigger positives to come from the game. After limping away from Saturday’s game in Chicago, Enes Kanter arrived to MSG on crutches on Sunday and still managed to hit the hardwood anyway. His 18 minute, 8 point and 5 rebound performance certainly wasn’t the flashiest or most efficient, but it was inspiring to say the least. This went a long way toward motivating his teammates. The likes of Kristaps Porzingis (30 points) and Jarrett Jack (a season-high 19 points) took charge to get the team off to a good start, following Kanter’s example. After falling behind in frustrating fashion on Saturday, New York made sure to secure an early first quarter lead against Atlanta.

But from there on out, things looked downhill. For the second straight night, the Knicks struggled from downtown. The absence of Tim Hardaway Jr. continues to be a problem, as New York appears to have difficulty understanding its identity without him. The 25 year old has always been known for his streaky shooting, but his uncanny ability to attack the basket and pursue his own offense opens up so much space around the perimeter. Luckily enough, both Jack and reserve Doug McDermott proved to be unlikely aggressors in charging at the Hawks’ defense. McDermott played second fiddle to Porzingis in adding 23 points off the pine, and it was clear he was focused on racking up high-percentage points rather than living and dying by the three ball. He adapted well.

Unfortunately, the Knicks lacked that essential killer instinct down the stretch. They struggled to defend cleanly, committing way too many fouls in the contest. Both Porzingis and Lance Thomas failed to contend Ersan Ilyasova, who added 20 points and knocked down five daggers from deep. Michal Beasley fouled out in just 10 minutes as Jeff Hornacek attempted to throw everything but by the kitchen sink at Atlanta’s sharpshooting forward. Eventually, the Knicks’ coach opted to match up with the Hawks by playing small ball, rolling out a lineup that featured Jack, Frank Ntilikina, and Ron Baker all playing at once.

Heading into the season, the Knicks were encouraged by its youthful talent and were hoping to roll the dice on the development of its prospects. The organization was prepared to exercise patience, and obviously still plan to do so as things continue to progress. That being said, no one could have predicted the early dominance Porzingis exhibited while beginning to lead this squad. In flirting with a .500 record thus far, the Knicks are providing hope to the belief that they could make a playoff push this season. The dilemma with that, however, is that expectations are beginning to rise a bit. New York is expected to defeat opponents that sit at the bottom of the league’s standings. Both games against the Bulls and Hawks gave way to many rookie-like mistakes for this young and otherwise still relatively raw squad.

Despite the win, such an issue continues to be glaringly apparent.