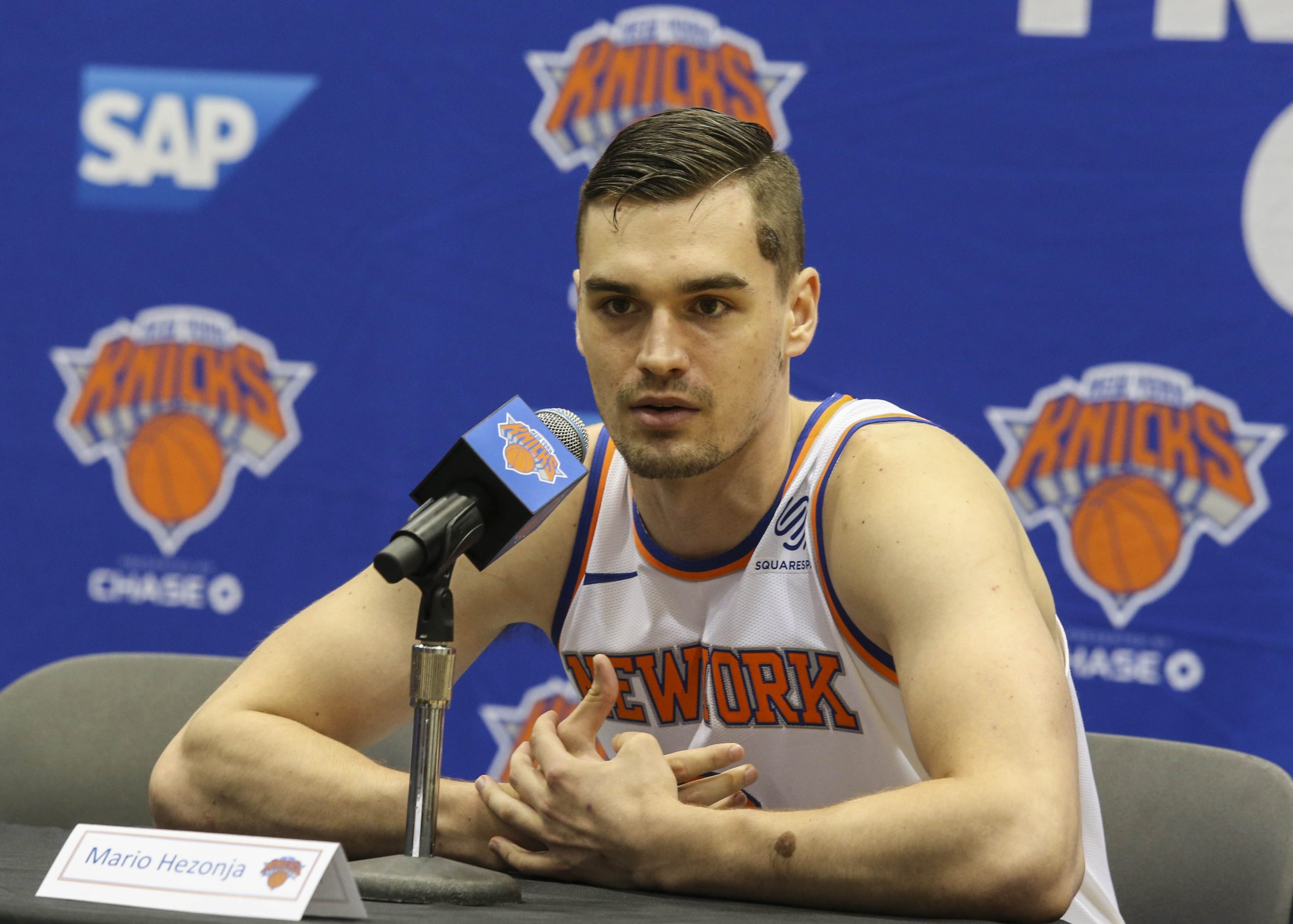 It’s safe to say that David Fizdale will have his fair share of point guards to choose from, to run the Knicks’ offense this season. With a plethora of young guns on the roster including Frank Ntilikina, Trey Burke, and Emmanuel Mudiay, New York can push the pace in a number of different ways.

But as someone who has preached “position-less basketball” since day one, Coach Fizdale appears to already be getting creative with his team’s offense. Upon signing with the Knicks, Mario Hezonja was initially regarded as someone who could help New York spread the floor and supplement scoring in the absence of Kristaps Porzingis with his long range prowess. His new coach has plans that are considered more outside the box.

“I was with [our] assistant coaches a lot, but they all have [Fizdale]’s voice. We’re doing what he wants me to do on the court. It’s a different role right now,” Hezonja revealed at Media Day 2018. “I’m talking [about] the point forward role: getting to the paint, facilitating for other guys, finding them, and being a leader. At the end of the day, help my teammates. I’m seeing situations where I can be really vocal here and help other guys, which I’m more than happy to do.”

Instead of waiting along the perimeter for the ball to come his way, it sounds as though Hezonja will be tasked with initiating things a bit more in the Knicks’ offense. This could prove to be a nice fit, as it would allow New York to take advantage of their length and athleticism. Ntilikina and Mudiay have both played well off the ball at times, so Hezonja’s presence as another ball handler could take the pressure off. What’s more, regarding the new acquisition as a point forward of sorts would create meaningful minutes for Courtney Lee, a more than capable swingman who has been disregarded amidst the Knicks’ youth movement. As the team’s starting two-guard all of last season, Lee provided steady defense, reliable long range shooting, and veteran leadership. There are benefits to having him on the hardwood, even as the Knicks aim to develop their prospects. Featuring Hezonja, Lee, and Tim Hardaway Jr. on the floor together would be an interesting possibility.

Fizdale wants to get the most out of Hezonja, understanding that his athleticism is valuable and could create mismatches in more ways than one. In addition to having him serve as a facilitator, Hezonja could also be used as a weapon down low. His agility may provide him with a leg up on more physical defenders.

“I wasn’t really doing a lot of sets where I’m creating or scoring from the low post. That’s a new thing for me,” he said. “We’re going to be working hard at that.”

Either way, the 23 year old knows he’ll need to fight for a starting spot and earn his minutes. Nevertheless, embracing the versatility Fizdale sees in him will open up more opportunities along the way.