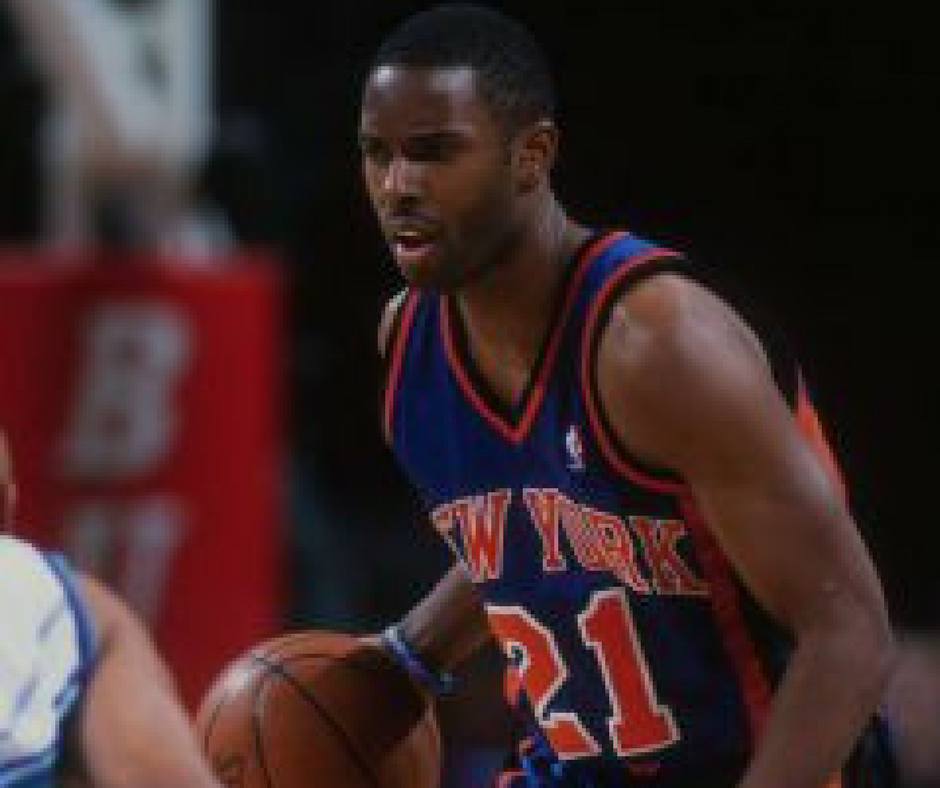 When thinking about Charlie Ward, it’s easy to regard him as one of the most versatile athletes of all time. Inducted into the College Football Hall of Fame in 2006, Ward enjoyed a collegiate career that saw him become an NCAA Champion and the Heisman Trophy winner in 1993. He was even drafted as an MLB player before going on to display staying power through an NBA career that spanned over a decade. As Knicks fans recall fondly, his tenure in orange and blue had a cherry on top in form of a run to the NBA Finals back in 1999.

Before humanizing prized athletes, it sometimes takes fans time to truly appreciate the journey that led to subsequent success. “My development was key. I had the ability, but I initially didn’t have the skill development coming in as a basketball player,” Ward told KnicksJournal.com about his transition. “But I worked hard and made it happen.”

Now, Ward is taking advantage of the opportunity to share the rest of his story with fans, in the form of a biography entitled The Athlete: Greatness, Grace and the Unprecedented Life of Charlie Ward, written by Jon Finkel. The author’s unique style of collaboration allowed Ward to share his personal perspective, while also featuring interviews with his family, friends, coaches, and teammates.

“I had been writing an autobiography with a ghost writer for the last five years that never got completed. When Jon came to me with this opportunity through the National Football Foundation, I was the second athlete in his series. We decided to do it as a biography, and Jon did all the interviews and research. It turned out to be a trip down memory lane for me,” he said. “I hope my story encourages people to see the journey. Sometimes people don’t see the journey as success. Jon captures my ups and downs, how relationships can help you, and how God plays a role in my journey.”

Fear not, Knicks fans. While this opportunity may have stemmed from the NFF, Ward’s time with the Knicks is, appropriately so, a central theme in this book. As the longtime floor general looks back at his time in orange and blue, he’s rather complimentary of and thankful to Jeff Van Gundy. The two worked closely during Ward’s rookie year. He played in just 10 games that season, but the hard work and dedication he put in behind the scenes with Van Gundy as an assistant helped lay the foundation of trust for when the latter took over as head coach.

“Part of why I made it with the Knicks for nine and a half years was that  I made relationships with the right people. Coach Jeff Van Gundy was my skill development coach during my rookie year. He taught me so much. I had an opportunity to play when he took over as head coach and I found my niche,” he explained. “I was a glue guy. I knew my role and played to my abilities. I figured out what I did best. I was tough mentally and physically, which was part of our DNA as a team. As a point guard, I needed to distribute the ball, play good team defense, and dive for loose balls. Doing all of the little things helped prolonged my career.”

Ward seemed to have the right mentality when attempting to prove his worth. He averaged 6.3 points and 4 assists over the course of his career. These numbers aren’t flashy by any means, but the point guard started throughout the team’s aforementioned Finals run. He takes extra pride in the fact that New York reached the postseason seven times during his nine and a half years with the squad. That’s more indicative of the hustle and stability he provided, as it relates to overall team success. But before Ward earned the trust of his coach and other team leaders like Patrick Ewing and Allan Houston, he himself had plenty of mentors to help show him the way first.

“I was around so many good [veterans] during my rookie year. Guys like Derek Harper and Herb Williams taught me how to be a pro: how to have a family and balance that with basketball by taking care of your body, eating right, and working hard. I was able to develop good habits,” he shared. “When I received an opportunity to play, we developed chemistry because everyone accepted their role.”

But alas, that was then and this is now. The Knicks could learn a thing or two from the examples Ward and many of his teammates set. Now removed from his playing days, Ward hopes that fans will feel inspired and learn from the experiences he shares in his book. He lives by the “three P’s” — Prepare, Persevere, and Patience. He believes doing so has helped him overcome and conquer all the injuries, setbacks, and poor choices that have been part of his journey to success. In addition, he’s sharing his knowledge and guiding young minds by coaching high school, something he’s now done for over a decade.

“I played 11 years and coached two years in the NBA. I got out of it because I wanted to spend time with my family and have a more flexible schedule. Coaching high school, you can mold the kids better than college and pro ball. I wanted to share my experience with the younger generation,” he added. Ward said that transitioning back to football required him to re-familiarize himself with different plays and strategies while watching film and talking to industry friends.

At the same time, he’s still regarded as a basketball expert by fellow coaches and would be open to returning to the game that made him a professional. Over the last year, he’s returned to MSG for a team reunion and a meet & greet for his new book. It’s clear he and the fans share a connection.

“We had positive experiences. We made the playoffs seven of the seasons I was in New York. I was part of Habitat for Humanity and worked on community outreach with the schools. I enjoyed it. We are role models and people look up to you. It’s a good way to get to know the people who support you. I think people are grateful for what I did. It’s always nice to came back where you started and have people appreciate what you did with excellence. I was patient and God prepared me,” Ward concluded.

Fans can purchase Ward’s biography by clicking here. Stay tuned for part two of our interview with the former Knicks point guard, as he shares his thoughts on this year’s squad!