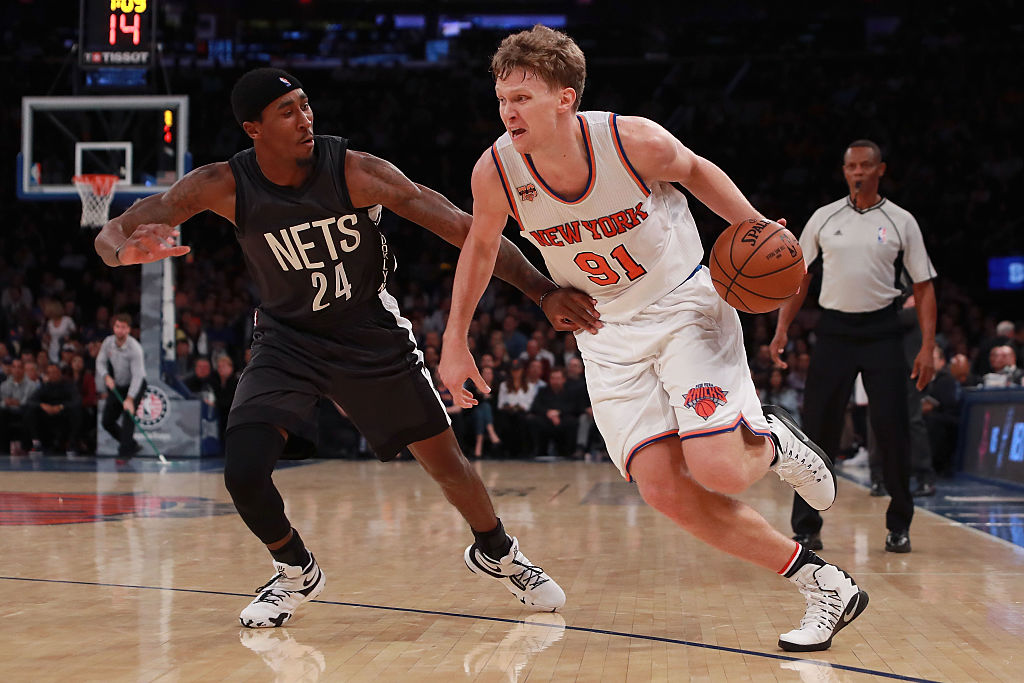 Without Joakim Noah, the Knicks have soared to new heights. They’ve achieved a 7-5 record (6-2 at home), with Kristaps Porzingis and Enes Kanter emerging to represent a more than qualified front court of the future. At 32 years old, Noah doesn’t fit this new-look squad’s youth movement and the team certainly hasn’t missed him during his suspension to start the season. Unfortunately, his contract makes him incredibly difficult to move via trade and the amount owed is an impossible pill to swallow through any subsequent release.

Thus, New York has waived one of Phil Jackson’s favorite acquisitions to make room for another.

With 16 players on the roster with Noah eligible to play, the Knicks have waived 28 year old Mindaugas Kuzminskas.

With the new acquisitions of Tim Hardaway Jr., Michael Beasley, and Doug McDermott (not to mention, the welcoming back of a healthy Lance Thomas), minutes haven’t been the only thing hard to come by for Kuzminskas. He’s struggled to be added to the active roster on a nightly basis, often watching games from the sidelines in street clothes this season.

Kuzminskas averaged 6.3 points on 43% shooting from 68 games during his rookie campaign. He proved to have great slashing ability and was aggressive around the basket, but struggled both defensively and from downtown. Despite having a favorable 6’8″ frame, the international product could not flourish into the type of “3 and D” swingman the Knicks desired him to be.

Kuzminskas played very well in EuroBasket 2017 this past summer, but he never did his opportunity to build upon that growth this season. Unfortunately, circumstances dictated this decision and New York made the right one. Ramon Sessions is much more valuable as insurance at the point guard position, given the team’s thin depth chart.