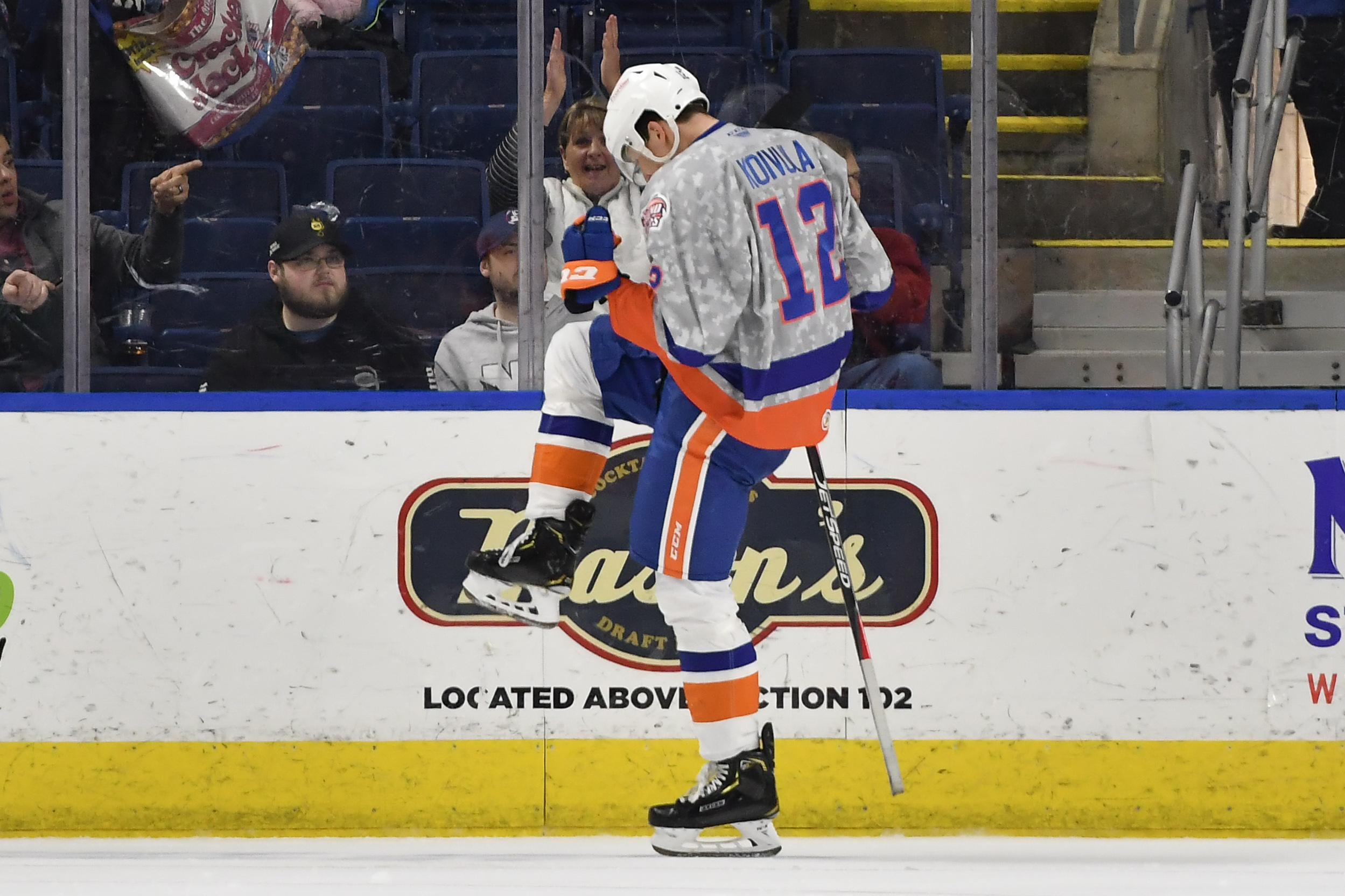 BRIDGEPORT, C.T. — Otto Koivula sat down and spoke to Bridgeport Sound Tigers head coach Brent Thompson and general manager Chris Lamoriello early last week about raising his game. Then he spent Friday’s 4-0 loss to the Springfield Falcons watching instead of playing in it.

In the end that only motivated the 21-year-old to work harder to raise his game to the next level. It’s safe to say he is getting there after notching his first hat trick as a Sound Tiger in Sunday’s 6-4 win over the Laval Rocket.

“It’s been my dream for a long, long time to get a hat trick,” Koivula said. “Tonight was the night. It’s amazing and it was good that it came in the last game of the week. It’s fun.”

Koivula couldn’t recall the exact date when he last had a hat trick, but concluded that it likely occurred while playing junior hockey in Finland.

Otto Koivula had possibly his best game of the season today and recorded his first AHL hat trick!

We spoke to him postgame about his performance, outlook on next week, and how he will celebrate the hat trick. 🎦⬇️ pic.twitter.com/0S1pEAdDKX

The three-goal night capped a weekend that started one way for the young forward and ended in a much better place. Koivula, who was called up to the NHL earlier this season twice and appeared in six games with the Islanders, has been trying to recapture the success he had in his rookie season with Bridgeport.

The Sound Tigers’ forward had finished fourth last season among AHL rookies with 21 goals and recorded 46 points. This year, however, he has put up just six goals and 16 points in 24 games.

So the Sound Tigers coaching staff worked with Koivula during the week to try and help him get his game to the level they believe it can be at.

“I think anyone that wants to be a pro has to go through a little adversity to take that next step and he did, and he has,” Thompson said. “All year hasn’t been easy for him and he’s working. He’s working through it and a lot of times your second year you think ‘oh I’m going to come in and just pick up where I left off.’

“Now everyone is aware of you. People know who you are, they know that you’re a big body that has skill, so now you’re playing against their best D.”

Koivula has been trying to make the most of his time in Bridgeport this season. His aim has been to just improve and work on different aspects of his game.

That was part of what the conversation was about when Koivula sat down with Lamoriello and Thompson on Monday.

“I’ve been working hard this week,” Koivula said. “Being out there skating a little bit more than usual. I think that gave me an extra boost.”

Koivula was tied for the team-high in shots on Sunday with four and finished the game with a plus-4 rating. His three-goal day also doubled his season total in goals to six.

There was even a noticeable difference in the way Koivula was carrying himself on the ice.

“I’m just seeing a lot of confidence from him,” said Kieffer Bellows, who had a three-point game and had the primary assists on two of Koivula’s goals. “He’s carrying the puck like he does and he’s making plays. He’s seeing the ice well and he’s shooting the puck and wants to score every time he shoots the puck.

“It’s a skill to have and not people have it, so just the success that he’s having is not a surprise to anyone in this locker room. He’s been putting in the work off the ice and during practice.”