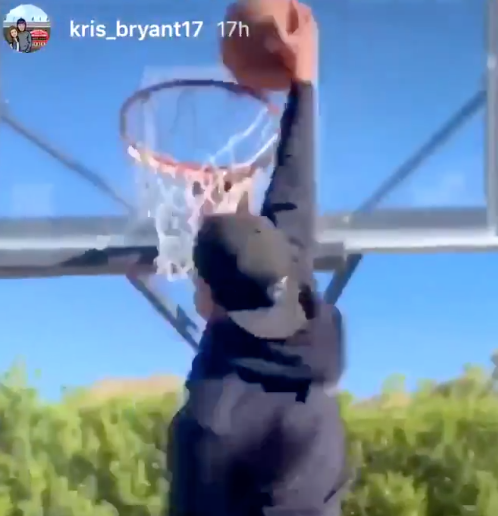 Cubs slugger Kris Bryant is one of the best hitters in the game, and he has the ability to crush the ball out of the park every time he steps foot at the plate. It’s a big reason why opposing teams
have pitched around him fairly often over the past two years.

And while he’s great at baseball, basketball is quite a different story.

He shared some videos of him trying to dunk a basketball, and it didn’t go well. KB got denied by the rim on his first three tries. However, he did slam the ball home on the last one, as you can see below.

The drama of Kris Bryant via his Instagram story trying to dunk in Phoenix before his meeting with Zach LaVine At Bulls-Suns Monday. pic.twitter.com/vvxokCZELb