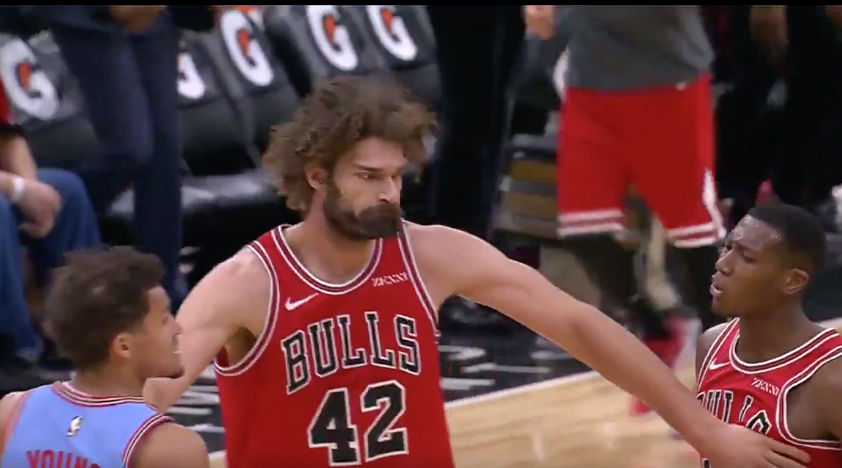 Two former first-round draft picks got into it during Sunday’s Hawks-Bulls game at United Center, and they had to be separated as a result.

Kris Dunn and Trae Young, both of whom were selected with the No. 5 overall draft pick in their respective years, got a bit testy with one another during the first quarter of the game at United Center.

It happened at the end of a play, when Young shot the ball after the whistle, then gave Dunn a tap on his back. Dunn did not appreciate the gesture, so he responded by slapping Young on the back of his head. Robin Lopez immediately stepped in between the two players, who exchanged some words, and clearly were not happy with one another.

Things get a little chippy after Kris Dunn slaps Trae Young in the back of the head pic.twitter.com/KRHppfgsv7

Young and Dunn had to be separated at timeout with Bulls taking 18-17 lead. Overheard: "Oh yeah!"

Dunn and Young received double technicals for their respective roles in the altercation.