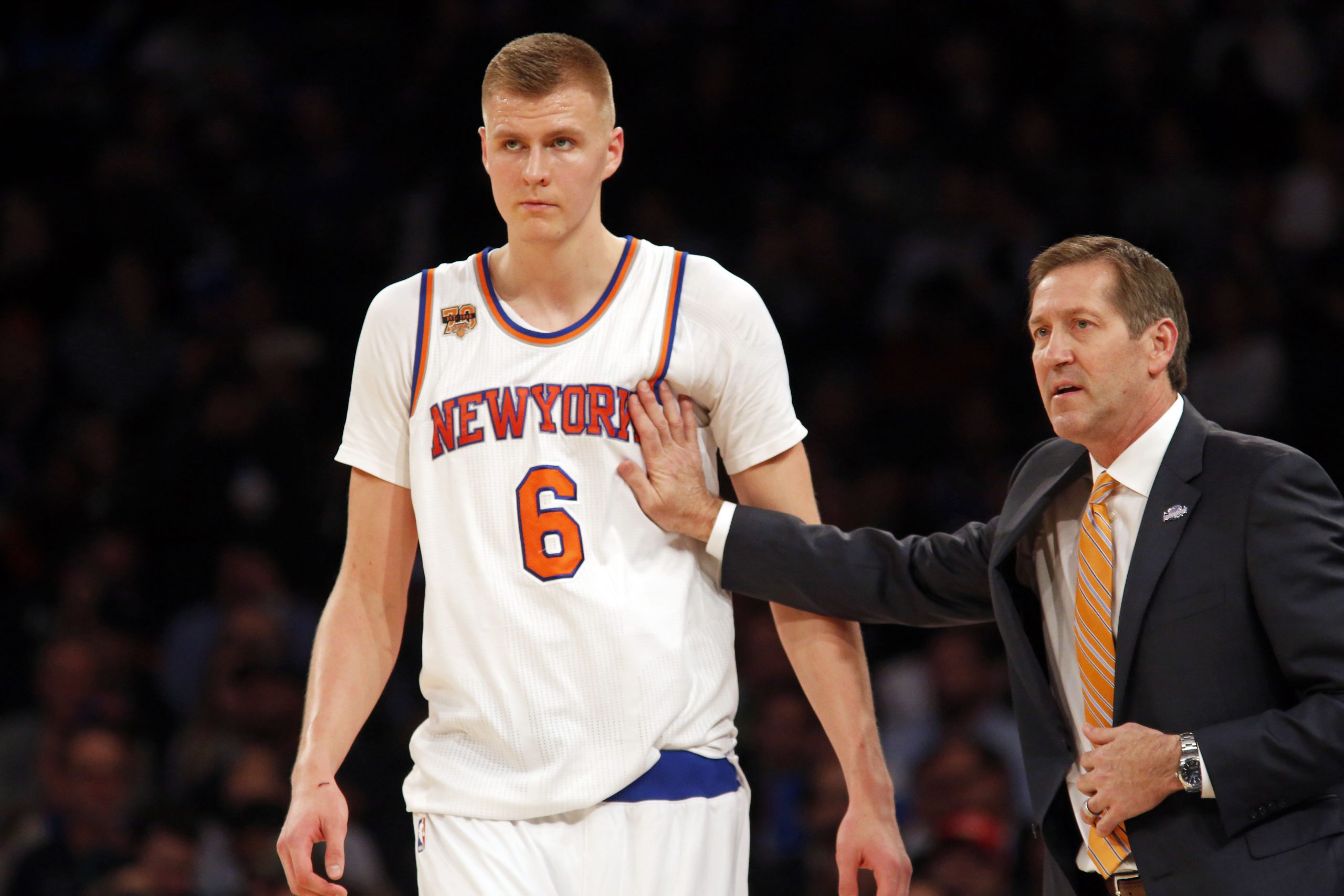 Jarrett Jack, the NBA’s poster child for a true comeback kid, logged a 16 point, 10 rebound, 10 assist trouble double in Wednesday night’s game. Unfortunately, such an effort was wasted due to an underwhelming showing from Kristaps Porzingis and poor decisions from head coach Jeff Hornacek.

Of course, Porzingis’ slam dunk with time expiring in the first overtime of New York’s 122-119 loss to the Bulls sent the game into its second extra period. In one of the more exciting plays The World’s Most Famous Arena has seen in a while, the 22 year old’s electrifying bucket sent the crowd into a frenzy.

Jack himself had plenty of heroics: he assisted on Porzingis’ dunk. He hit a key shot in regulation with just over a minute remaining, and produced the play of the century by inbounding the ball off of Kris Dunn’s back, to tying the game up in the first overtime. The veteran guard helped keep New York alive, but a turnover late in overtime number two, combined with an ill-advised missed three that would have tied the game, also gave way to a demoralizing defeat. Jack proved not to have enough steam to carry the Knicks all the way through.

But alas, one could argue that this game was lost much earlier in the evening and that New York was lucky enough to make it through two overtime periods. This loss should not fall on the shoulders of Jack. Instead, Porzingis and Hornacek are to blame.

Bulls rookie Lauri Markkanen lit Porzingis up for 33 points, converting on eight shots from downtown. He was on fire. The Knicks’ resident stud appeared to let his slow start on offense affect his defense. Chicago knew how to cover Porzingis, doubling him up and limiting his spacing to move freely around the court. In turn, Porzingis wasn’t getting the ball as often. When he did, he forced up shots that weren’t in the best interests of his ball club. Seemingly frustrated by all that was going on, Porzingis’ effort on Markkanen was rather feeble. He left his counterpart open all too often. Even when Enes Kanter attempted to switch with his front court mate a bit, neither player proved to be able to slow Markkanen down.

Porzingis’ shot selection was poor and tensions were high. It wasn’t until later in the contest, when things started going his way, that the big man showed more bite to his bark. Unfortunately, it was too little, too late. He shot 11 of 24, committed five turnovers, and missed all four of his free throws.

The Knicks lived and died with Porzingis, which isn’t too surprising considering he’s the center of attention these days. Nevertheless, Jeff Hornacek’s coaching was reminiscent of the days of Derek Fisher. The former Knicks’ coach was never one to be very alert and make changes when the situation called for it. His unawareness and subsequent ability proved to his downfall. In similar fashion, Coach Hornacek figuratively sat on his hands all game long. He was slow to make adjustments, and didn’t appear to run many reactive plays to combat the Bulls’ defense and create space for New York to get guys open. Porzingis and Kanter both needed to be more active on offense early on. Looking to regain momentum at various points, it took a while for the Knicks to get Doug McDermott involved. Lance Thomas and Ron Baker, arguably the team’s two best actively used defenders, only played 13 minutes a piece. Whereas seldom-used Joakim Noah has proven to give his a team a defensive boost on a couple of occasions this season, he was nowhere to be found (or utilized) when the Knicks could have sorely used his efforts. All of this should fall on the shoulders of Coach Hornacek. The contest was an unusual showing of inability for a coach that has done a pretty good job with the cards he’s been dealt.

The Knicks are now 19-22, with three losses to 15-27 Bulls. If this team can’t put up the necessary efforts against opponents like this, they certainly look more like a pretender than a contender and should make adjustments in their rotation moving forward to reflect more of a transitioning mentality.