Kyler Murray is The Second-Highest Paid Player in NFL History 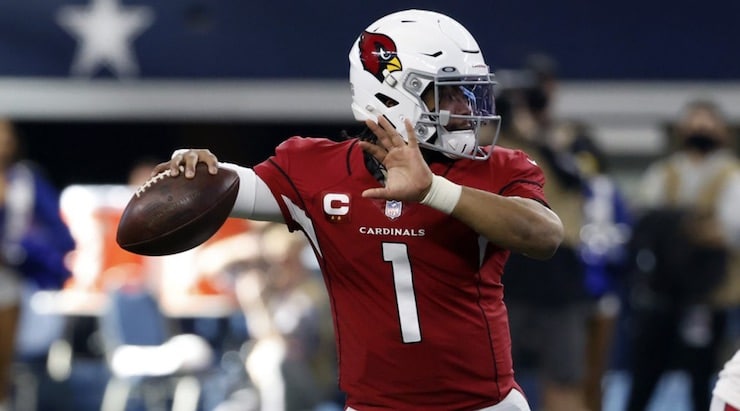 Kyler Murray agreed to a $230.5 million contract extension with the Arizona Cardinals that will pay him through the 2028 NFL season. The No. 1 overall pick in the 2019 NFL Draft, Murray has emerged as the Cardinals long-awaited franchise quarterback.

The deal will keep Murray in Arizona until his age-31 season and make him the highest-paid quarterback in franchise history.

It also puts him among the highest-paid NFL players in two key metrics.

Murray will now be the league’s second-highest paid quarterback on a per-year basis. His contract extension also includes the second-most amount of guaranteed money, behind only Deshaun Watson.

Murray Is Now The Second-Highest Paid NFL Player Ever

At 46.1M per year, Murray’s new contract with the Cardinals will make him the NFL’s second-highest paid quarterback.

He will make slightly more per year than Watson, who comes in just behind the Cardinals’ star at $46M.

Among NFL QBs, only Aaron Rodgers of the Green Bay Packers makes more ($50.5M) than Murray.

Not only will Murray be the second-highest paid player per year, he will also be cashing on the second-most guaranteed money in NFL history.

That ranks only behind Watson, who is receiving $230M guaranteed from the Cleveland Browns.

With LaMar Jackson expected to get paid next, new deals will likely have to start in the 5-year $230-million range.

Murray’s deal is also an indication that the franchise believes that he will continue to improve.

Last season, Murray completed 69.2 percent of his passes for 3,787 passing yards, which ranked 14th in the NFL. He finished with 24 passing touchdowns and 10 interceptions. While he led the Cardinals to a 10-2 overall record, Arizona stumbled down the stretch for the second consecutive season.

Next season, the Cardinals will open with +4000 odds to win Super Bowl 2023 at the best NFL betting sites.

Most Guaranteed Money in the NFL