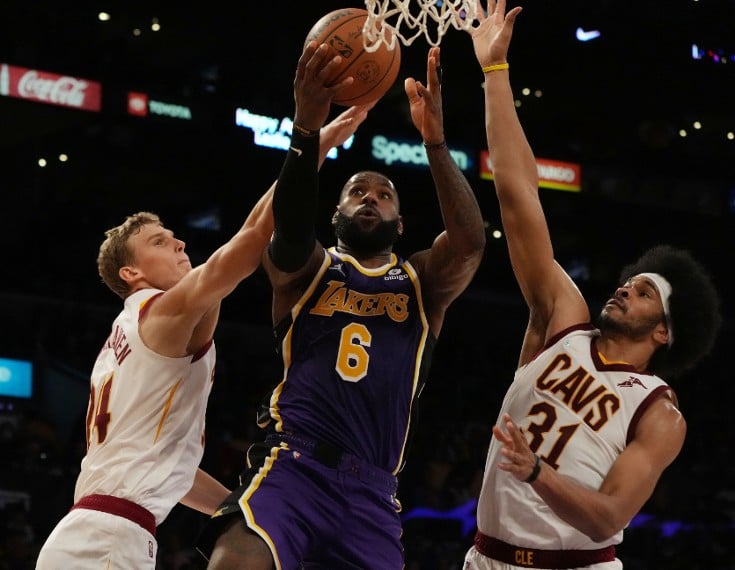 For tonight’s cross-conference rematch, the Los Angeles Lakers are facing off versus the Cleveland Cavaliers at Rocket Mortgage FieldHouse; free NBA picks are featured here. Cleveland is shooting 46.68% from the field and 35.14% from downtown. Continue reading for Lakers vs Cavaliers preview content.

Can LeBron James and the Lakers upset the Cavaliers without Anthony Davis? James is averaging 29.8 points and 8.2 rebounds per game this season. Including the injury report, prediction and odds, free NBA picks are posted below.

In Monday night’s non-conference game, the Lakers are six-point underdogs on the road. Los Angeles is 22-18 as a favorite, 8-23 as an underdog and 14-20 ATS away. Furthermore, the Lakers’ over/under record on the road is 20-14. They are 2-4 ATS in their past six matchups against Central Division teams.

All Lakers vs Cavaliers betting odds were retrieved from BetOnline.

Leading into this matchup, the Lakers rank 10th in the Western Conference. Their playoff chances are slowly diminishing. They now trail the Pelicans and Clippers. Los Angeles’ conference record is 16-27. As for the Cavaliers, the team has the sixth-best record in the Eastern Conference. They are behind the Bulls by half a game. Cleveland’s record against its conference opponents is 24-19.

After studying prior head-to-head encounters, in the last four matchups, the Lakers are a flawless 4-0 against the Cavaliers. On Oct. 29, 2021, Los Angeles bested them 113-101 at Staples Center. Cleveland has not defeated them since Jan. 13, 2019, when the team won 101-95 away. The contest tonight is the second meeting for these teams during this regular season.

The Lakers are 3-7 in their past 10 games played. With the regular season ending in just a couple of weeks, the team is running out of time. They have to win most of their contests if the Lakers want the opportunity to overtake the Pelicans and Clippers in the standings. On Saturday, in their 127-119 road loss against the Wizards, LeBron James ended his performance with another double-double.

The four-time MVP accumulated 38 points, 10 rebounds and 6.0 assists in 36 minutes played. Guard Russell Westbrook added one more double-double to his career total as well. He amassed 22 points, 10 rebounds and 8.0 assists in 37 minutes on the court. Counting this defeat, Los Angeles is 3-10 ATS in its last 13 games. The Lakers have not missed the playoffs since the 2018-19 season.

Moreover, the Cavaliers are 5-5 in their previous 10 contests. After losing 118-114 versus the 76ers on Mar. 16, the Cavs have won two straight games. In their 113-109 home win over the Pistons on Saturday, guard Darius Garland finished his outing with a double-double. He earned 24 points, 1.0 rebound and 12 assists in 41 minutes spent on the court.

Anyways, the team has not qualified for the postseason since the 2017-18 season. Of course, the Cavs were swept by the Warriors in the 2018 NBA Finals in LeBron’s last season with Cleveland. They are certainly a playoff contender this season, but the Cavs need a healthier roster. If the team can hang on for the next couple of weeks, they might be in better shape for the postseason.

According to the point spread consensus, 76% of bettors are convinced that Cleveland will cover the spread at Rocket Mortgage FieldHouse. Additionally, 67% of gamblers are expecting the total to go under 227. However, the total has gone over in six of the Lakers’ previous seven matchups when playing on the road against the Cavaliers.

Regarding ESPN’s Basketball Power Index, the Cavaliers have a 68.7% probability of winning.

And, the Cavaliers are 4-16 in their last 20 meetings versus Pacific Division opponents. So, contemplate picking the Cavs to win, they will cover the spread and the total will go under 227. More NBA picks are on the main page.

BetOnline is one of the top sportsbooks in California and Ohio. 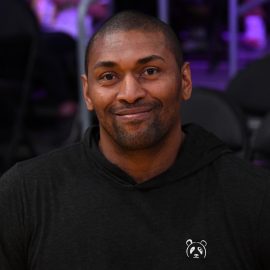 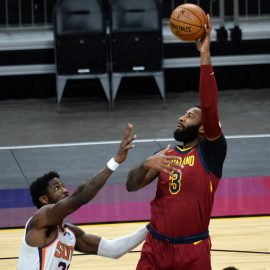 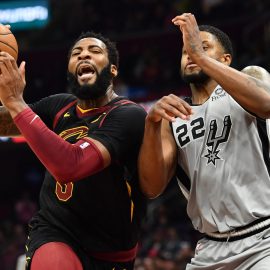 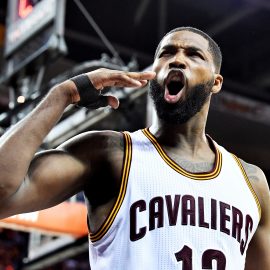 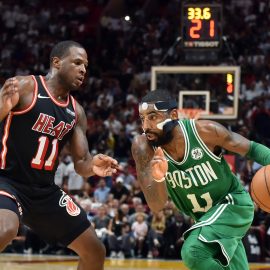 Kyrie Irving, Dion Waiters ‘always disliked each other’ when they were teammates (Report)