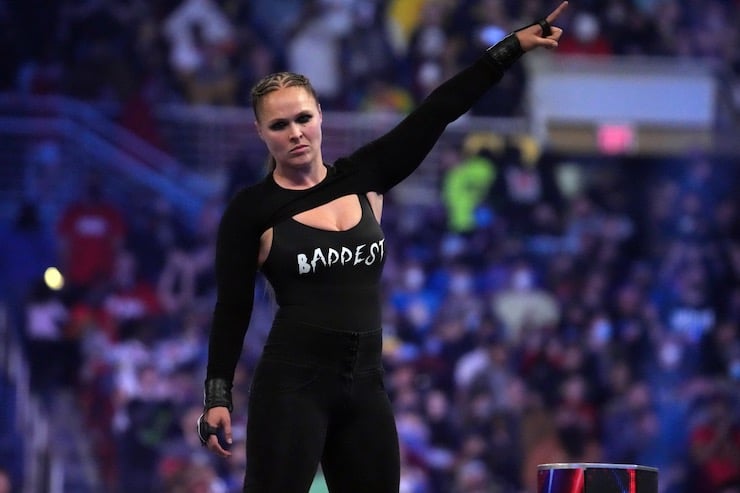 The 2022 ESPY Awards takes place on Wednesday from Los Angeles, California. Here are the last 10 winners for male athlete of the year.

The native of San Dimas, California had nine goals in 16 games. Morgan’s most noteworthy game was on June 11, 2019 as she scored five goals in a 13-0 United States win over Thailand at the 2019 FIFA Women’s World Cup in France. Morgan also scored the game-winner in the semifinals in a 2-1 win over England.

The native of Long Beach, California was recognized for winning the gold medal in the women’s halfpipe snowboarding event at the 2018 Olympic Winter Games in Pyeongchang. Kim posted a winning score of 98.25 points in the final to beat her nearest competitor, Jiayu Liu of China by 8.5 points. Kim also won the women’s superpipe at the 2018 Winter X Games in Aspen.

Biles was recognized for her four gold medals and five medals overall, for the United States in women’s gymnastics at the 2016 Olympic Games in Rio de Janeiro. She placed first in the women’s team event, all-around, vault and floor exercise, and also won bronze in the women’s balance beam.

The power forward from Syracuse, New York was recognized for her final season at the University of Connecticut Huskies, where she was the first ever unanimous pick for the Associated Press Player of the Year. The Huskies won the NCAA Women’s Basketball Championship final by beating Syracuse 82-51. Following the NCAA season, Stewart was named the first overall pick in the 2022 WNBA Draft.

Rousey, a native of Riverside, California, was recognized for her win over Cat Zingano in UFC 184. Rousey won by straight armour submission in a bout that only lasted 14 seconds. In the process, Rousey defended her UFC Women’s Bantamweight Championship in Los Angeles.

The native of Houston, Texas was the Associated Press Player of the Year, NCAA Champion and NCAA Final Four most outstanding player at the University of Baylor. She averaged 23.2 points per game with the Lady Bears.

The native of St. Paul, Minnesota had eight World Cup victories in the 2010-11 World Cup season. She also won a silver medal in the women’s downhill at the 2011 World Alpine Skiing Championships in Garmisch-Partenkirchen, Germany.