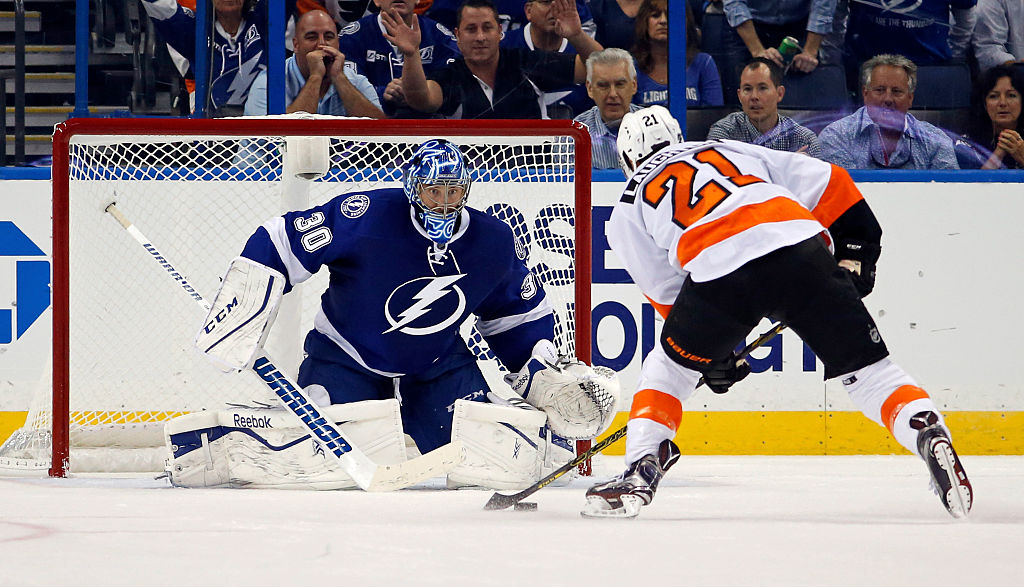 Scott Laughton scored his first goal since April 10 on Friday and picked up an assist the next night.

The catch: it wasn’t in his usual orange and black sweater, though. He had the Phantoms top on as he was skating for the Flyers AHL affiliate on a conditioning assignment that lasted two games.

Nonetheless, it still felt rewarding for the 22-year-old.

“You end the season going off on a stretcher, it’s definitely not fun,” Laughton said in reference to his season-ending injury in the playoffs. “I’m coming back then getting hurt and being out four to five weeks… it was just nice to play a game, it didn’t matter what league it was.

“I thought I played O.K. in the first two games there. I definitely felt better in the second game. I’ll see where it takes me.”

That’s the elephant in the room for the Flyers right now: where does Laughton fit?

There are a few different ways the Flyers could go if they choose to keep the forward on the roster and presumably, get him into the lineup. The team could place Andrew MacDonald on IR if it opens enough cap space, they could waive Nick Cousins who has been in and out of the lineup all season or they could send Roman Lyubimov to the AHL as he is waiver-exempt.

The latter option is the biggest longshot since the organization has been impressed with the Russian import so far.

Regardless of what happens, Laughton is just happy to be back on the ice awaiting his chance to play in a meaningful game.

He says if the team asked him to suit up today, he would absolutely be ready to go. Head coach Dave Hakstol wouldn’t comment on Laughton’s situation, adding that, “The real evaluation will come when he’s back in game action. Right now he’s obviously working hard conditioning wise to be ready to go.”