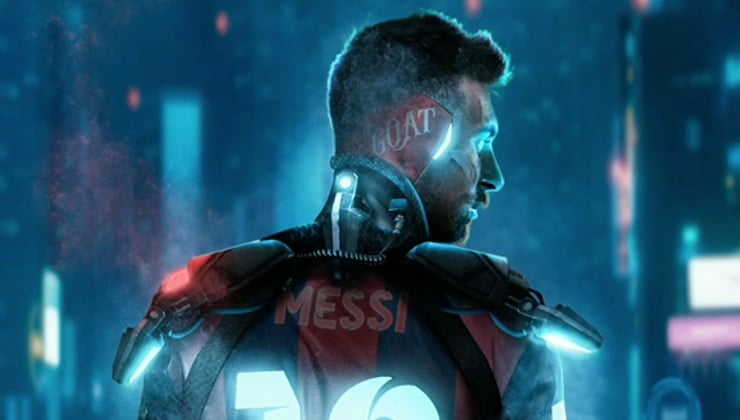 Lionel Messi paired up with Ethernal Labs to create an NFT collection to celebrate the many milestones in his career.

Ethernal labs is set to release the collection during the 2022 World Cup on November 27 to commemorate Messi’s biggest moments in the soccer world.

Messi teamed up with Web3 Studios and Ethernal Labs to create an NFT experience through digital collectibles.

Soccer fans can check out the collection exclusively on ethernity.io on November 27.

The Messi NFT experience will celebrate the biggest achievements across his career.

The digital collection is led by leading artist Victor Mosquera. It consists of five digital collectibles celebrating each one of Messi’s appearances in global tournaments in his international career for Argentina.

Ethernal Labs has called it a groundbreaking NFT experience.

The limited-time collection will be available to purchase on November 27. The NFT experience will start from his first appearance in the soccer world in the Summer of 2006.

The first collectible will act as an access token for the NFT experience. Fans will have a chance to claim up to four more rare collectibles from Messi’s international appearances for Argentina in the Summer of 2010,2014, 2018 and the winter of 2022 through a series of raffles.

Each raffle will allow 50% of holders to collect his next global tournament appearance with the final raffle giving 10 lucky holders an ultra-rare digital collectable of the 2022 World Cup appearance for free.

This isn’t the first time Messi partnered up with the Ethernity platform.

Back in August of 2021, Messi collaborated on the Messiverse collection, which highlighted his historic career and his first six Ballon d’Or Awards.

That collection grossed over $3 million USD and is still one of the most popular Ethernity collections.

Given how successful Messi’s original NFT launch was, it wouldn’t be a surprise to see his upcoming collection sell out rather quickly.