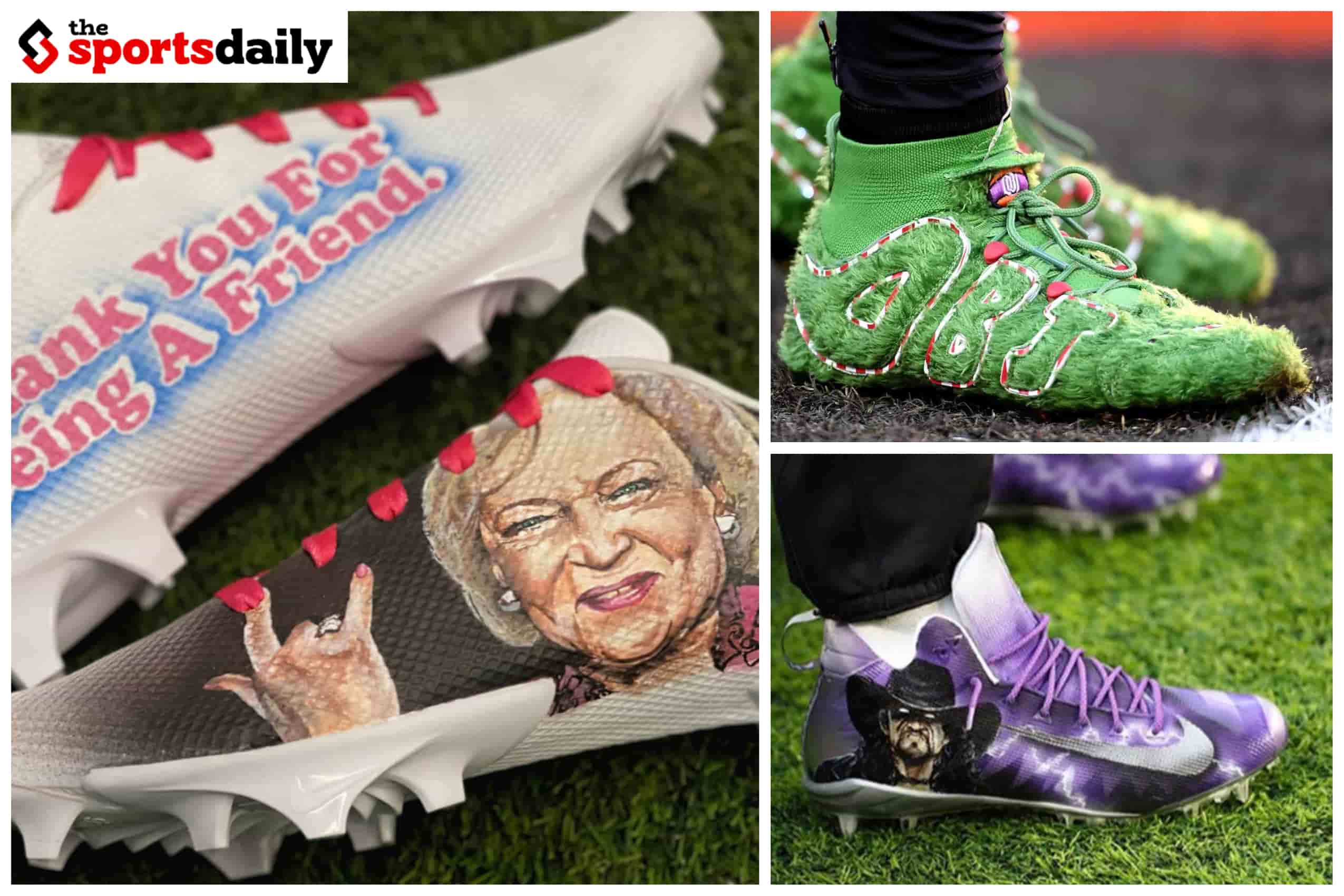 The NFL has seen its fair share of flamboyant on and off the field fashion choices, and with players now taking home multi-million dollar contracts, there is seemingly boundless potential when it comes to customising one’s public image.

The most popular way of expressing a players’ style or personality is through custom cleats, which can be worn in the pre-game warm-up. With one-of-a-kind sneakers all the craze at this moment in time, NFL players have taken to the field with their own take, showcasing some truly gaudy, ostentatious looks in recent years in order to garner the attention of football and fashion enthusiasts.

In this article we are taking a look at the top five craziest designs seen over the years, particularly after Chiefs wide receiver Deebo Samuel was pictured donning Dior x Nike Jordan 1’s in a dazzling performance during Week 4. 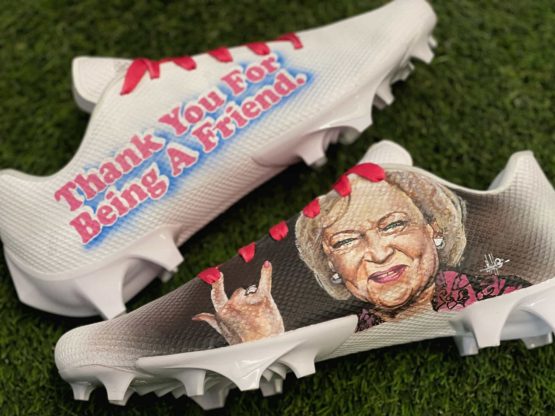 We begin our list with arguably the most unexpected tribute to come out of the NFL.

Bills wide receiver Stefon Diggs had paid his respects to legendary commentator John Madden the week before, and in January this year stepped onto the field wearing a pair of incredibly detailed Betty White-themed cleats after she passed at the end of 2021.

It featured a hand-painted picture of the beloved comedian and actress throwing up a  “rock on” symbol with her hand on the outside of the left foot. On the right, “Thank You for Being a Friend,” the theme song for “The Golden Girls,” is blazoned in red writing. 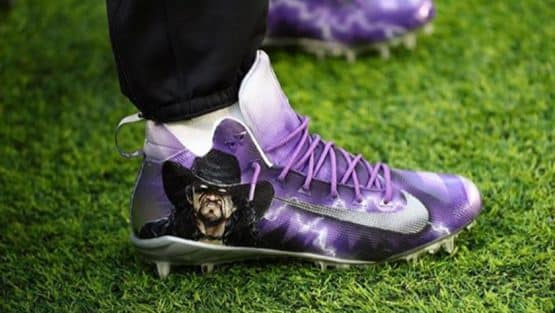 The vibrancy of the silver atop a purple backdrop was a perfect match for the Vikings’ primary colours and also a stunning tribute to the now-retired wrestler. 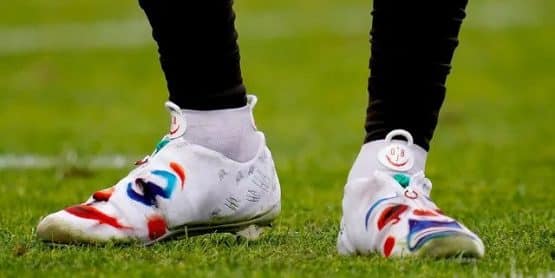 We enter the top three with possibly the most infamous custom cleat wearer in the league’s history. In fact, all three of our top three designs were donned by the former Giants and Browns receiver, and it became customary for fans to keep their eyes peeled for a brand new bizarre idea week in, week out.

One of our personal favourites were the Joker-inspired pair back in 2019, which Beckham was forced to change out of at half-time after violating the 2017 rule change. Nonetheless, the white cleats were painted over with two corresponding Heath Ledger-style clown masks on the front, complete with a custom “OBJ” logo on the top of the ankle.

These remain one the sleekest designs we have witnessed, and have long been eager for Nike to release a similar pair to the public much like their ‘Freddy Krueger’ shoes in 2007. 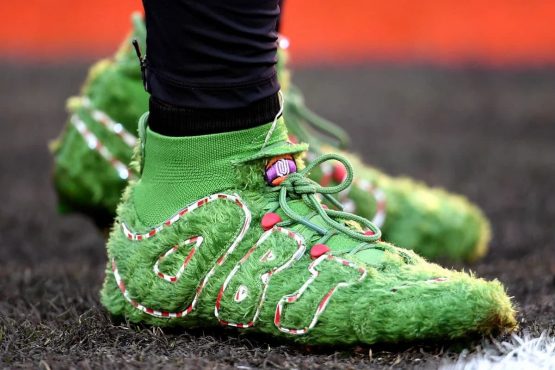 Amazingly, these frankly nauseating pair of ‘Grinch’ cleats only come in at number two.

The famous Christmas character has been the subject of many custom sporting footwear including Kobe Bryant’s 6s, but these are far more outlandish.

The almost comically furry green upper works its way round the entire shoe and features an ingenious white and red candy cane detailing for his initials.

You’ve just got to hope its not a rainswept, muddy pitch or these would be closer to grizzly bear/ Bigfoot customs! 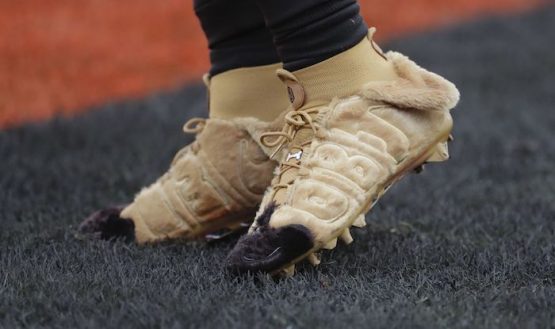 Have you ever seen a shoe quite like it? Let alone a football cleat?!

The furry custom cleat takes inspiration from OBJ’s four American Pitbull Terries, and he donned them for the league’s ‘My Cause My Cleats Campaign’ –  rules are dropped and players are free to wear whatever they want on their feet in Week 13 for a cause close to their hearts.

The golden upper is matched with a dark brown toe or ‘nose’, along with a pair of fake ears to give the cleat a comical likeness to a dog.