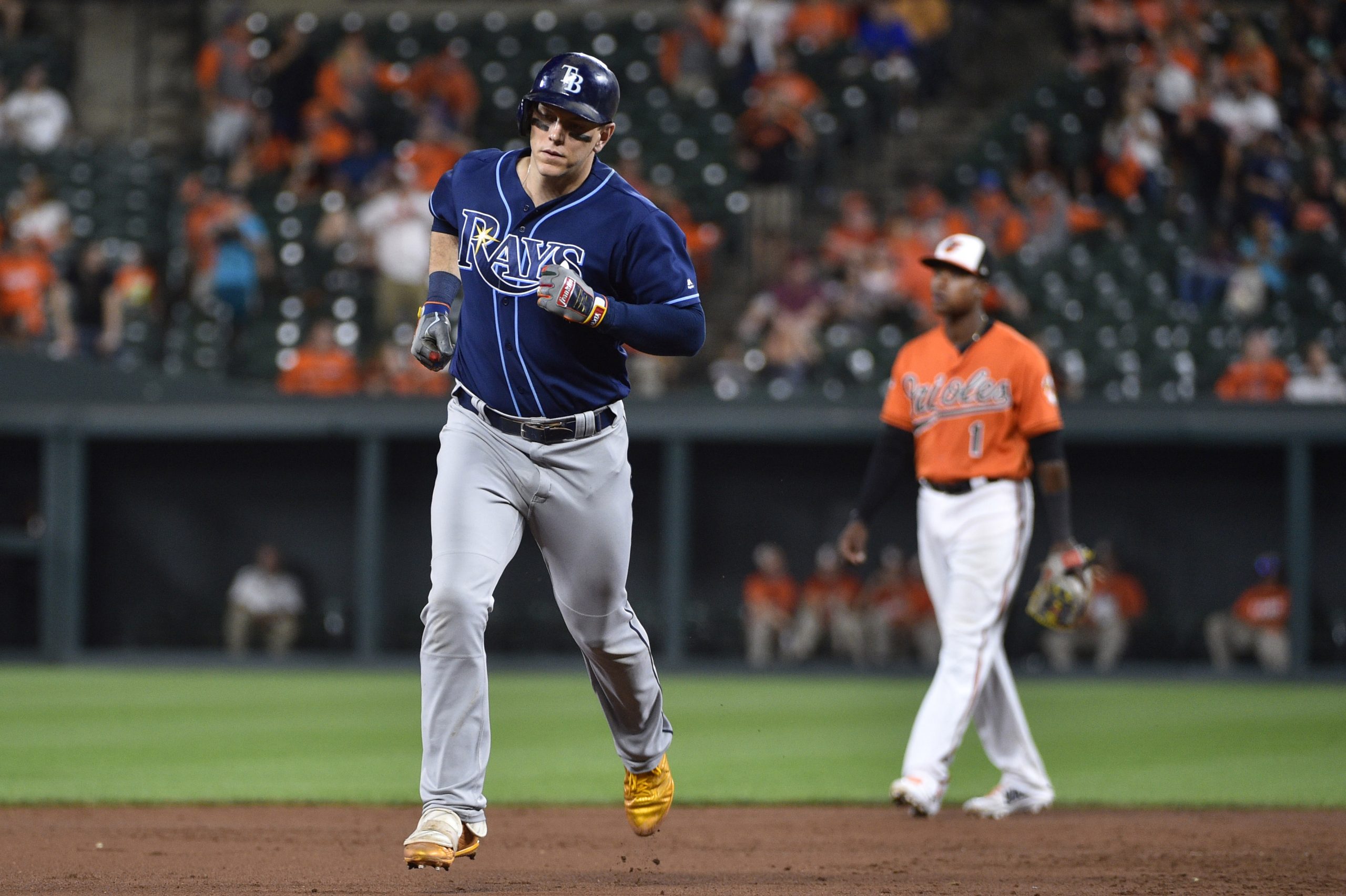 The nightmare that has been free agency for first baseman Logan Morrison seems to have concluded. He’s reportedly agreed to a one-year, $6.5 million deal with the Minnesota Twins (pending a physical), with an an option for a second year that’ll vest if he accumulated 600-plus plate appearances in 2018.

This kind of contract is surely not what Morrison — who is entering his age-30 campaign — was hoping for after a banner offensive year highlighted by a career-high 38 home runs. On the Twins’ side of this situation, though, they’ve found an inexpensive way to upgrade their roster as they prepare to attempt chasing the Cleveland Indians in the American League Central.

Potentially bringing Morrison aboard wouldn’t have been overly noteworthy if he didn’t make significant adjustments to his approach at the plate. His presence not only strengthens a weak spot for Minnesota, but he also provides a bit of insurance on a couple fronts.

That all changed this past year because of the changes he made. Morrison made a dramatic improvement to his launch angle, but he also continued to lower his chase rate while staying aggressive within the strike zone, which also led to making hard contact more often.

The plate discipline slowly improved, and once his swing path changed, the tipping point happened.

The Twins still have Joe Mauer manning first base on a regular basis for at least another year. However, he provides what would appear to be a noticeable upgrade at designated hitter, a spot that was shared by Robbie Grossman and Kennys Vargas in 2017.

For a frame of reference, here’s how these two performed as a unit, compared to Morrison’s overall numbers.

Would the Twins have been OK if they had to go to war with Grossman and Vargas at DH? Yea, probably, but the slow free-agent market played perfectly into their hands in order to not spend a ton of money on a player that’d seemingly give their offense — one that’s already pretty good — another lift.

And yes, only 6 of Morrison’s 32 home runs came against left-handed pitchers last year, but he still produced a 109 wRC+ and .186 ISO when facing southpaws. Grossman and Vargas posted a meager 83 wRC+ and .096 ISO in the same situation.

Bringing Morrison into the fold acts as an insurance policy from a couple different angles. The first angle deals specifically with this season.

Miguel Sano is a bit behind schedule with regard to getting back on the field following November surgery to repair a stress fracture in his leg, so there still could be some apprehension over his physical status at the moment. What’ll be more concerning for Minnesota, though — strictly from an on-field production perspective — is that he’s still subject to potential discipline under MLB’s domestic violence policy.

The young third baseman did hit 28 homers last year, but only 7 came in the second half, when Minnesota posted the league’s fourth-best ISO (.194) and tied with the Houston Astros for the best wRC+ (111) in baseball. Can the Twins live without Sano’s offensive production? It’s clearly possible, but it’d be better if they didn’t have to.

If Sano does get suspended and misses a significant chunk of time, Morrison will be there to pick up the slack.

The second angle looks forward to next year. If the Twins decide against bringing Mauer back once he plays out the final season of his eight-year, $184 million contract (although he’d like to return) and Morrison’s 2019 option vests upon hitting the threshold for plate appearances, then they already have that potential hole in their lineup filled before the offseason even begins.

Jake Odorizzi can count the number of days he’s been a Twin on two hands at the moment, yet he apparently helped recruit Morrison to join him in Minnesota. And as it turns out according to a report from Mike Berardino of the St. Paul Pioneer Press, he’s attempting to do the same with another former Ray and current free agent in Alex Cobb.

The Twins have needed rotation help all winter, and while Odorizzi will help, Ervin Santana has already suffered an injury that’ll impact his season, and Anibal Sanchez is the only other signing of note they’ve made for this area of the roster.

Another acquisition would further help Minnesota in their attempt to compete with Cleveland, but it’ll surely have to come at the right price. With each passing day we see a number of notable hurlers stay on the open market, it just might happen. After all, nobody would’ve anticipated back in November that Morrison would head to the Twin Cities on a one-year deal for a guarantee below $10 million following the offensive performance he just put together.