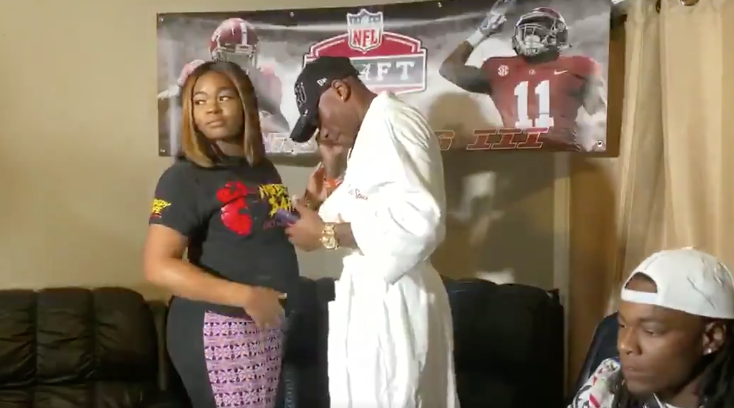 It was surprising when Alabama product Henry Ruggs III was the first receiver off the board, taken by the Raiders with the 12th overall pick in the 2020 NFL Draft on Thursday night.

All Jerry Jeudy and CeeDee Lamb could do was watch Ruggs get taken before them, even though many draft “experts” had him ranked third in the class.

But Ruggs beat them out when it mattered, and, not only that, he was dressed for success. Ruggs rocked a large white robe fit for a king, and a massive gold watch.

It appears he’s already ready for Vegas, given that draft night outfit he was rocking.