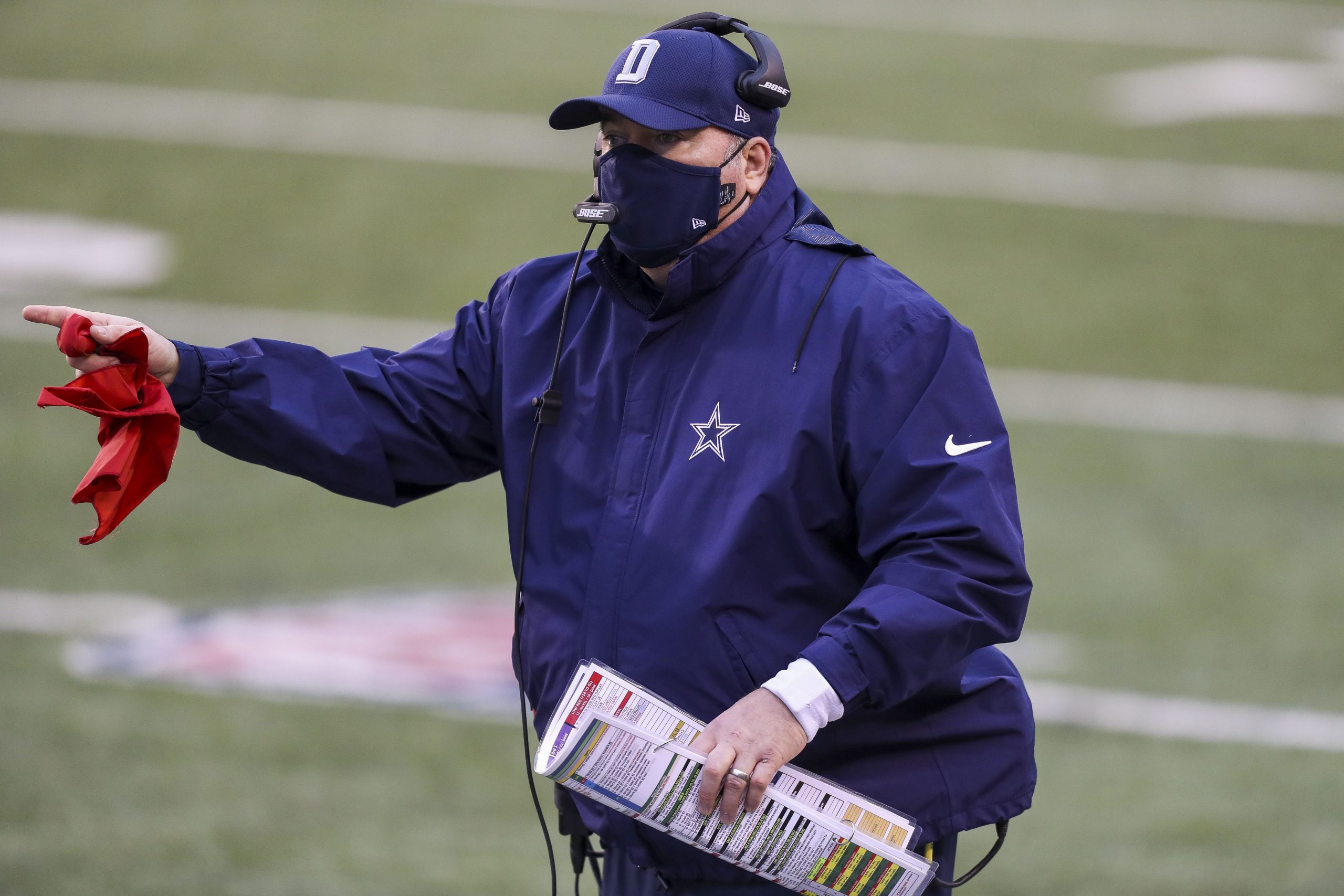 Mike McCarthy once again showed why he’s one of the worst head coaches in the NFL — this time in the Cowboys’ most important game of the season — and it cost his team.

The Cowboys and Giants were battling it out in a Week 17 showdown, with a potential playoff berth on the line, and the loser eliminated. Dallas trailed throughout the contest, but a second-half surge saw them cut the lead to 20-19 in the fourth quarter.

New York, however, kicked a pivotal field goal to go up by four points, yet they shouldn’t have even had the opportunity to do so. It was ruled that Dante Pettis caught a pass to get the Giants in field-goal range, but the ball clearly hit the ground. And yet, for some reason, McCarthy chose not to challenge it.

Mike Pereira: “No question in my mind that if Dallas would’ve challenged this it would have been reversed to an incomplete pass.” pic.twitter.com/cKolhlaBMl

And he was roasted as a result.

THE BOOB MIKE MCCARTHY BLEW THIS GAME BY NOT CHALLENGING WHAT, ON ONE LOOK, WAS NOT A CATCH BY PETTIS. THAT WOULD'VE MADE A 50-YD FIELD GOAL 60 YARDS, AND IT'S DOUBTFUL IT WOULD'VE BEEN MADE OR EVEN TRIED. COWBOYS WOULD'VE ONLY NEEDED A FIELD GOAL TO WIN, WOULD'VE WON.

How do you not challenge this? Ruled a catch on the field, making it 4th & 6 and putting the Giants into field goal range instead of 4th & 16 and out of field goal range. Cowboys had their full slate of timeouts at their disposal. #DALvsNYG pic.twitter.com/Wn4DB0vRQt

They’re not wrong. McCarthy ended up saving his timeouts for a meaningless situation on the Giants’ final drive, when they were in Victory Formation.