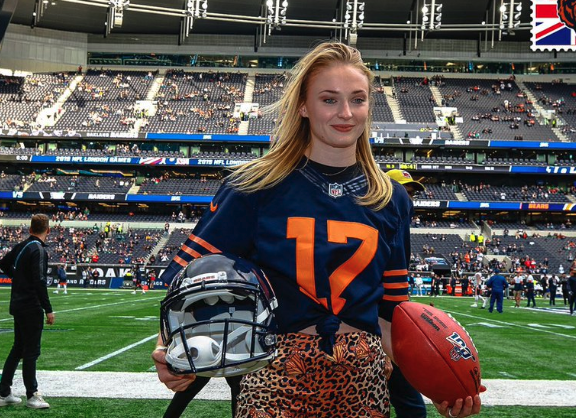 All the stars were out at Sunday’s Bears-Raiders game in London, and the queen herself, Sophie Turner — aka Sansa Stark — was among them.

Given that there are limited games played in London, and this was the first one of the season, the city’s biggest celebrities often hit up the contests.

As such, especially with the game being played at beautiful, $1 billion Tottenham Hotspur stadium, the stars were out big-time, with Turner among them. Check out some shots of her on the field before the game.

WE BEND THE KNEE! pic.twitter.com/PMaxpSEVtF