Looking Back at SummerSlam 1992 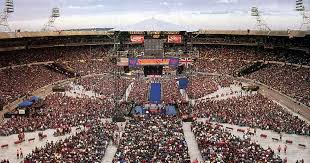 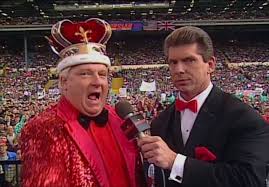 corner, join us as we take a look back at the history of SummerSlam. The ups, the downs, the moments, the stars, and a major WWE pay per view held across the pond!

No, it wasn’t the last match of the evening, but this was the match billed as the main event for the evening. Two of the biggest icons of the era went at it in front of the largest SummerSlam crowd in history – which is interesting in itself since in the SummerSlam the year before Savage was “retired” and the Warrior was in the process of being fired for the first time. 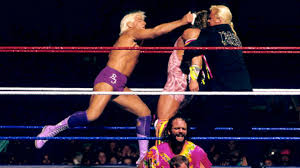 Mr. Perfect were up to. Upset that Flair was not in the SummerSlam championship match, Perfect told both Savage and the Warrior that his services could be bought for the right price. So whose corner would Mr. Perfect be in?

Neither…the answer was neither. After coming down to ringside and interfering on behalf of both the Warrior and Savage, Perfect and Flair hit the ring to take out both competitors and the match ended in a countout and Savage kept the belt…only to lose it very soon after to Flair.

This was the first SummerSlam where we saw The Heartbreak Kid Shawn Michaels, not Rockers Michaels. Thanks to his manager Sensational Sherri, Michaels had a match against Rick “The Model” Martel where neither man could hit the other in the face. With the odd stipulation, it would take some work to make the match an entertaining one. ‘Ol HBK pulled it off, and would be rewarded with his first WWF Championship match at Survivor Series a few months later. Wouldn’t exactly be the first time Michaels would 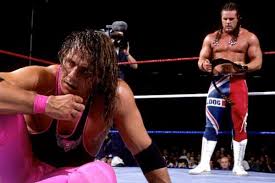 be handed something new and different and give us gold.

While Savage vs Warrior was the billed “Main Event” it didn’t go on last. Bret Hart would defend the Intercontinental Championship against The British Bulldog in front of over 80,000 fellow countrymen. This would also be the first time we, the general public (we were years away from being called a Universe) would be privy to the fact that Hart and Davey Boy were in-laws. Of course WWF would do the right thing and put Diana, Bret’s sister and the Bulldog’s wife right in the middle of it on camera.

As for the match, well, if you don’t have this match in your top 5 SummerSlam matches of all time, you’re wrong. From the in-ring action to the atmosphere surrounding it, this match was incredible! Even with Davey Boy missing a few spots, The Hitman picked up the slack and made sure the match was memorable. The Bulldog would come out on top here, but this match is looked back on as Bret’s graduation from the mid-card as he woulddeservingly win his first WWF Championship just a couple of months after and would be given the keys to The New Generation. 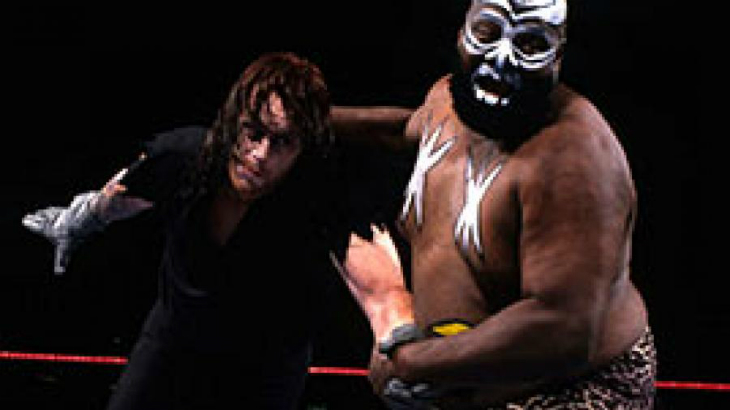 The Undertaker vs Kamala

Legion of Doom vs Money Inc.

Even with having one of the best matches in the show’s history and a championship involving four future Hall of Famers, the show as a whole wasn’t the best. It wasn’t the worst either, though. The site of so many people in such an impressive venue adds a few points as well. That and Bobby Heenan wearing a crown and claiming to be part of the Royal Family always helps as well!