LOST: “That’s why the Red Sox will never win the World Series”

IS JACK A RED SOX FAN?

The ABC hit TV show “LOST” tells the story of the 48 survivors of Oceanic Flight 815 that crashed on a remote South Pacific island. I first discovered the show shortly after it began in 2004. Red Sox fans can be excused from not watching it from episode #1, as the Sox were on a rampage. After a shocking trade of Nomar Garciaparra, playing .500 ball for too long and falling more than 10 games behind those despised Yankees, the Sox had come to life and were bearing down on 1st place. They didn’t win their division, but still made the playoffs. They then proceeded to shock the pro baseball world by winning the pennant after being down three games to none in the playoffs, and about to lose the 4th and final game in the bottom of the 9th inning, when their epic odds defying rally began, a feat no other baseball team had ever done, and against the Yankees no less! There were still 4 games left to be played against St. Louis, but looking back, they were almost a moot point after that spectacular comeback over the Yanks. October 27th, 2004 marked the 1st time in 86 years that the Red Sox had won a World Series, so Sox fans were basically incommunicado until after that date.

After watching too many years of police and law dramas (Hill St. Blues, LA Law, NYPD Blue, and the bazillion incarnations of CSI and Law & Order), I was ready for something different. I had been expecting LOST to be a real life drama about survival (think Tom Hanks in “Castaway”), but by the time I realized it was as much science fiction as it was real life drama, I was hooked. Besides dealing with a horrifically traumatic experience (surviving a plane crash), the survivors must deal with immediate needs such as medical treatment, water, food, and shelter. As the show progresses, they slowly come to realize that help is NOT on the way. Temporary needs turning into permanent needs present dilemmas. These dilemmas are harshened by the fact that there are violent, predatory others already living there, and that there are many inexplicable discoveries such as a centuries old pirate ship and a small plane wreck in the middle of the island, a highly involved and detailed science project, supernatural beings, and a polar bear; all on a tropical island.

Besides being lost in a geographical sense, the characters discover that many of themselves are also lost inside. Backstories are interwoven throughout the tale, illuminating aspects of each character that the audience would not otherwise be aware of. At least one of the survivors seems to have ‘found’ himself on the island from the very onset of their ordeal. These backstories also show how interwoven the lives of the survivors had been, unbeknownst to them.

One of the main characters is Jack Shephard who is a brilliant surgeon with a strong need to fix as many patients as possible. He has flown to Australia to pick up his dead father’s body. Sawyer, another survivor, is a loner con-man who was seeking revenge in Australia, and had the opportunity to share a few moments in a bar with Jack’s father before he died. The following exchange happened in Australia sometime before September 22, 2004, the date of the doomed flight.

Shephard the elder comments that Australia is as close to hell as you can get.

“Don’t let the air conditioning fool you, son. You’re here too. You are suffering. But don’t beat yourself up about it. It’s fate. Some people are just supposed to suffer. That’s why the Red Sox will never win the damn Series.”

On or about October 22, 2004, less than a week before the Sox actually did win the Series, the following dialogue occurred between Jack and Sawyer:

Jack: That’s why the Sox will never win the Series.
Sawyer: What’s that?
Jack: I said, ‘That’s why the Red Sox will never win the Series.’
Sawyer: What the hell’s that supposed to mean?
Jack: “[It’s] just something my father used to say—[he] went through life knowing that people hated him. Instead of taking responsibility for it, he just put it on fate. Said he was made that way.”

Con-man Sawyer does not reveal to Jack that he spoke with his father at the bar back in Australia. He keeps this to himself, waiting for the right time to barter the information for his ever present ulterior motives.

The Red Sox won the World Series as season #1, episode #8 was wrapping up. The writers then worked this into episode #9, which originally aired on February 16, 2005.

[S]o the writers [knew] at the time they wrote that episode that the Red Sox had won the World Series, providing some irony to the comments by Christian and by Jack. The Red Sox win in 2004 proved that they were not “destined” to lose, and the team’s ability to win over enormous odds resonates with the difficulties facing the castaways on the Island.

After the survivors of the crash discover that there is a colony of people already living on the island with homes, medicine, and some modern conveniences and technology, Jack is held captive by these “Others” as the survivors have taken to calling them. The survivors are scared, confused, ‘lost’, and very wary of all their mysterious surroundings. The “Others” are wary of the survivors, as they do not want to be found by search parties. While being held by the “Others”, Benjamin Linus, leader of the colony, trying to prove to Jack that they indeed do have contact with the rest of the world, tells him that since they have been on the island, George W. Bush had been re-elected, Christopher Reeve passed away, and the Red Sox won the World Series. Jack laughs and says that he almost believed Linus up until he said that the Sox won the Series. Linus says that it’s true and shows him a clip of Keith Foulke tossing the ball to Doug Mientkewicz for the deciding out.
In season #4, a search party eventually lands on the island. In one episode Jack asks the helicopter pilot if the Sox really did win the Series, to which the pilot replies, “Don’t even get me started on that, I grew up in the Bronx”. Jack mentions that he has not seen a Red Sox game in over 100 days.

The show is not an easy one to follow, especially if you have not been watching it from the beginning. Although the show started airing over 4 years ago, only a couple of months have passed on the island since the crash. Themes of fate and destiny, and faith versus science are a constant. It has a cult-like following with Internet fan sites and discussion groups too numerous to mention. Many of these fans discuss and analyze just about every detail that occurs during the show, seeking any possible relevance in determining the importance of events that occur or which direction the story will take.

One of the most dissected details is the recurring appearance of the following numbers: 4, 8, 15, 16, 23, 42. These were the winning lottery numbers chosen by one of the characters, they were important numbers as part of the science project that was discovered on the island, as well other appearances. Interestingly, the Yankees retired numbers include all of the numbers: 4, 8, 15, 16, 23 and 42. The Boston Red Sox retired numbers are 1, 4, 8, 9, 27, and 42. Furthur investigation reveals that executive producer Carlton Cuse is a Red Sox fan, and executive producer Damon Lindelof is a Yankees fan. Lindelof has described the use of the Red Sox win in LOST as therapeutic. (Therapeutic? He uses his favorite team’s biggest choke ever in his show and he calls that therapeutic? He must be one glutton for punishment!)
So, is Jack a Red Sox fan? I have not been able to find proof positive that he is. He lives in Los Angeles, but I suppose it is possible he went to med school in Boston. Viewers have not learned that much detail of Jack’s past, but judging from his reaction to Linus telling him about the amazing Sox comeback (Sox fans, think about this for a minute…. how would you react if you were in Jack’s shoes?) and his reaction to seeing the Foulke to Mientkewicz final out (Damn! I can’t believe I’m on this island when the Sox finally won it all!), I would think that he is indeed, a Sox fan. He even sought reaffirmation from the helicopter pilot.

Will Jack’s apparent citizenship in Red Sox Nation have any significance in upcoming episodes? Hard to say. As a Sox fan, I would hope so, but I wouldn’t need it to enjoy the show. Season #5 begins airing on January 21st. 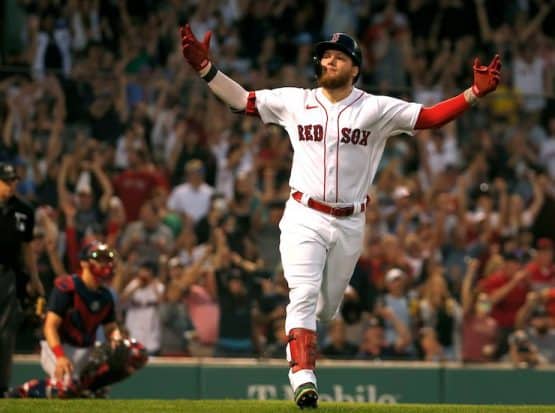 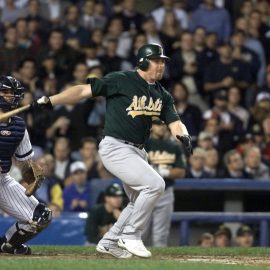 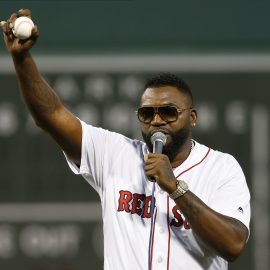 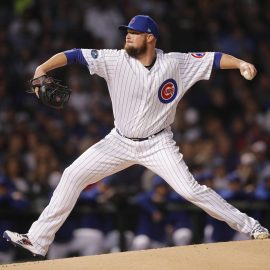