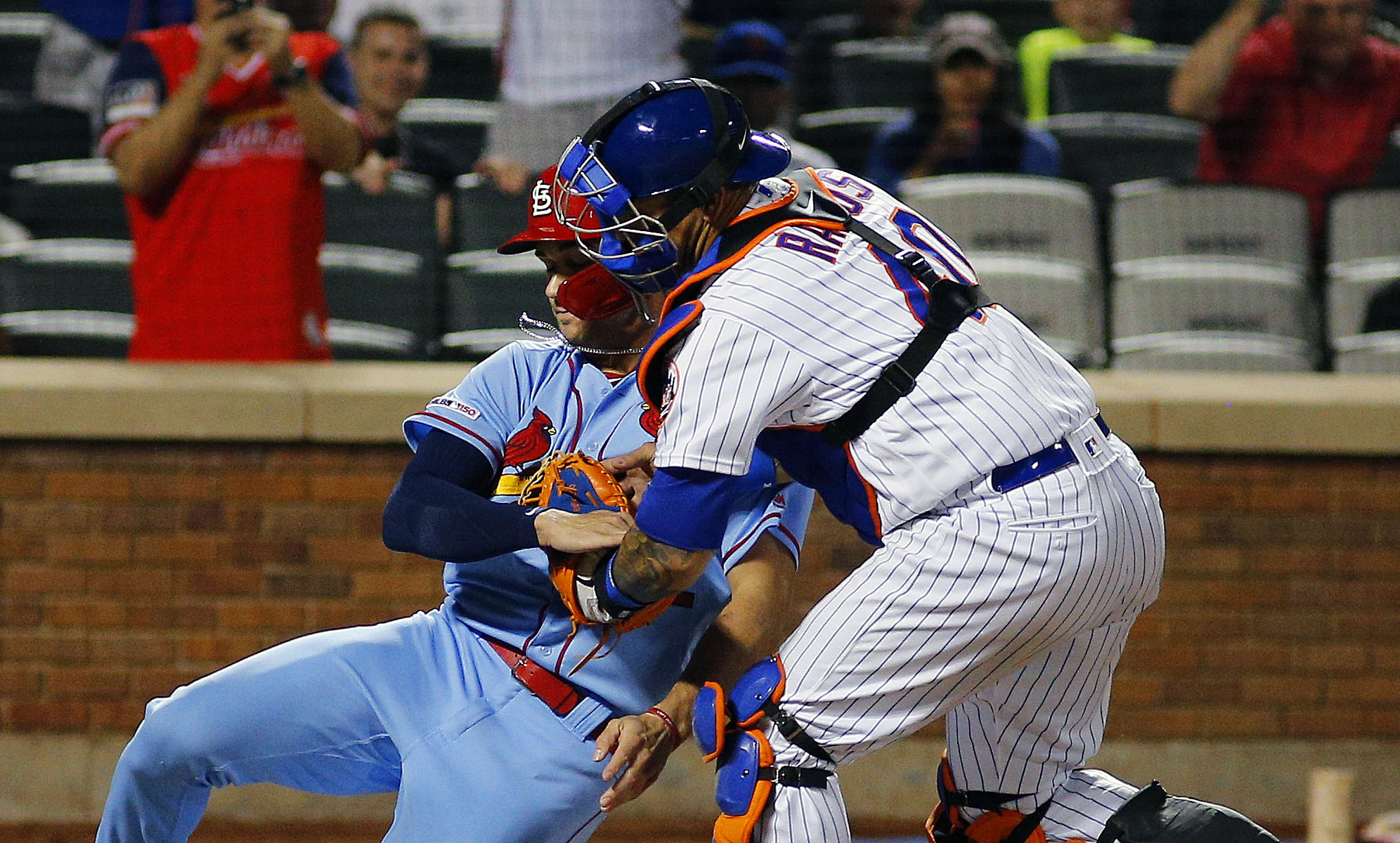 So there’s three main points that I want to make about the Mets’ 8-7 victory on Saturday, a win where the Mets had leads of 6-1 and 8-3:

First off, I don’t know where this team would be without Pete Alonso. He’ll be known nationally for his tape measure blasts like the one he hit in the first inning against Andy Cohen’s dog’s namesake off the facade of the upper tank. But just as impressive is his willingness to go the other way and practice grounders before games. Health permitting (knock on whatever wood is around you for even reading that), Alonso is on his way to one of the all-time seasons in Mets history. It would be a shame to have it wasted on a season that’s under .500.

Second, this team cannot Noah Syndergaard for an extended period of time. He strained his hamstring and had to leave in the 7th inning. With the lack of starting pitching depth the Mets have (Ervin Santana has a 4.85 ERA in A ball), I’d go so far as to travel down the hot take route if Syndergaard is out for two or three months:

Put Seth Lugo in the rotation.

I know what the numbers are. I know how valuable he is in the Mets bullpen. But honestly: What good is Lugo in the bullpen if he can’t pitch on back to back days and needs two days of rest after a long outing? If Lugo can only pitch, say, twice in five days, why not just have him pitch once and go six or seven innings? Besides, the Mets have Brooks Pounders in the bullpen now. We’ll be fine! Come get us!

Finally, the Mets were lucky to win this. After Syndergaard’s five runs (two of them inherited and given up by Robert Gsellman), Gsellman’s one run, and Lugo’s Houdini act in the eighth, Edwin Diaz was once again trusted with a two run lead against the Cardinals in the ninth. And once again, he was dancing with a choke job until Jack Flaherty cut in. Yadier Molina drove in Paul DeJong with a single to make it 8-7 when Flaherty, a pitcher, pinch ran for him.

Kolten Wong came into some luck with a bloop hit that found grass between Jeff McNeil and Michael Conforto. Much like the Cardinals did with Wong on Thursday night in the rain, they sent Flaherty home all the way from first base to try to score the tying run. This time, McNeil made a perfect throw and Flaherty was out by a good margin. But two things about that as you saw the iso replay on Flaherty:

So the Mets were the ones who got the luck in the end. If Flaherty puts his head down and doesn’t look back at the play, Diaz blows his second two run lead of the game. (Yeah, Flaherty is a pitcher and doesn’t know any better. All the more reason he should just put his head down and watch his coaches. Where have all the baserunning fundamentals gone?) With the way Diaz was going lately, this was an important outing for him. It was a little uneven but he should thank his lucky stars that Mike Shildt had no other pinch runners left.

And he’s lucky to have Jeff McNeil on his side.