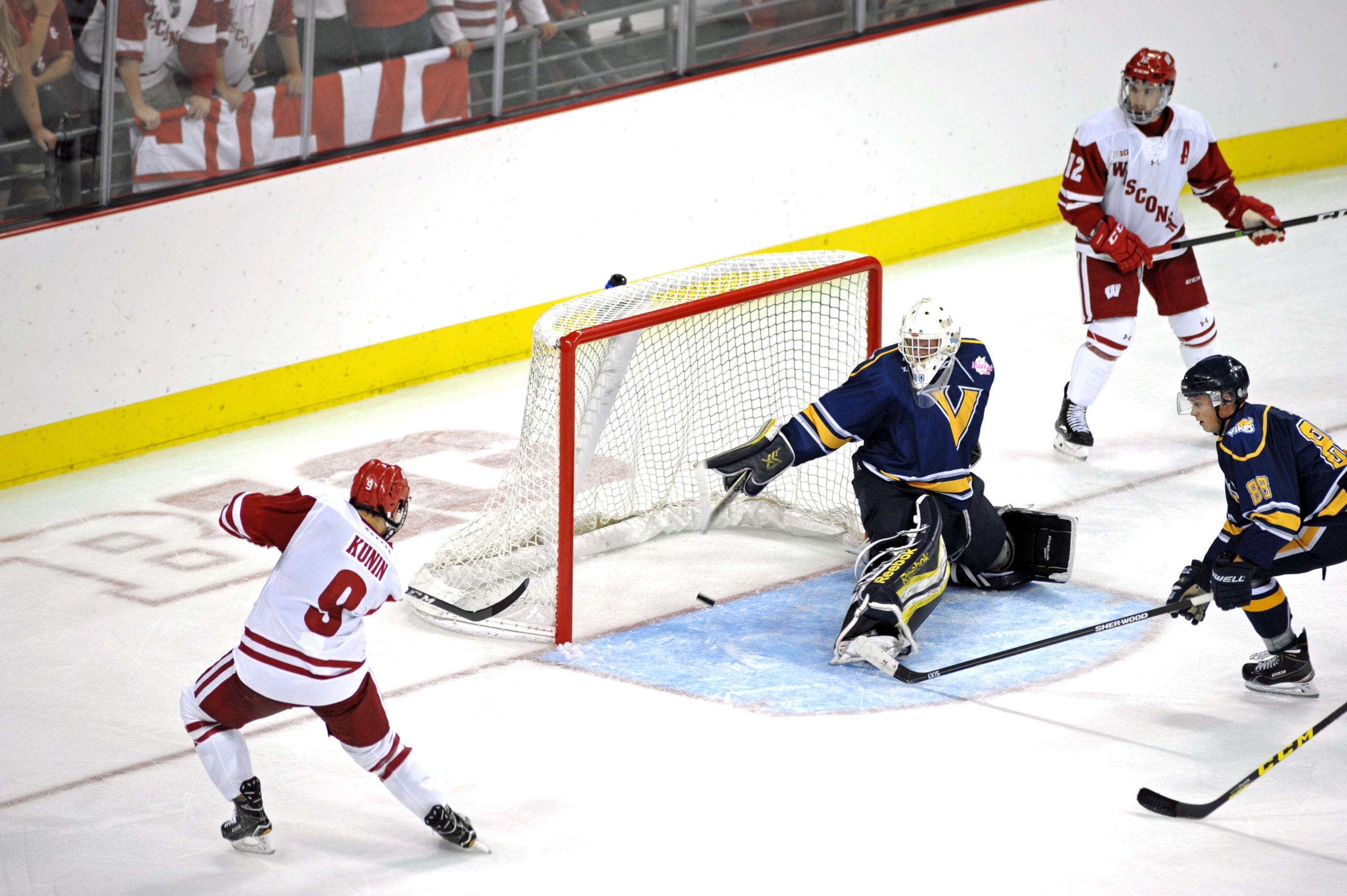 The say goes, “the third times always the charm,” right? It appears that is what USA Hockey is hoping for, as they named Badgers forward Luke Kunin their captain for the upcoming World Junior Championships.

It should be a charm, as Team USA has won the title twice with a Badger captaining this squad. The sophomore forward will captain a group of players under the age of 20 for the United States in a tournament that will take place from Dec. 26 to Jan. 5

Kunin has certainly lived up to billing as a sophomore captain of the Badgers this season. He’s got 11 goals in 16 games and is fifth on the team in points.

He found out about his selection as captain of Team USA on Sunday, in a video released by USA Hockey.

Overall, Kunin is the fifth Badger skater to captain Team USA at the World Junior Championships. Team USA has won three championships in total, so no pressure at all on Kunin and this group.

Canada tops the title totals with 16, well ahead of Sweden and Russia who come in the second and third slots.

Wisconsin is currently on a break awaiting Michigan State to start the second half of its season. So, UW won’t be missing its captain for any of its upcoming matchups.