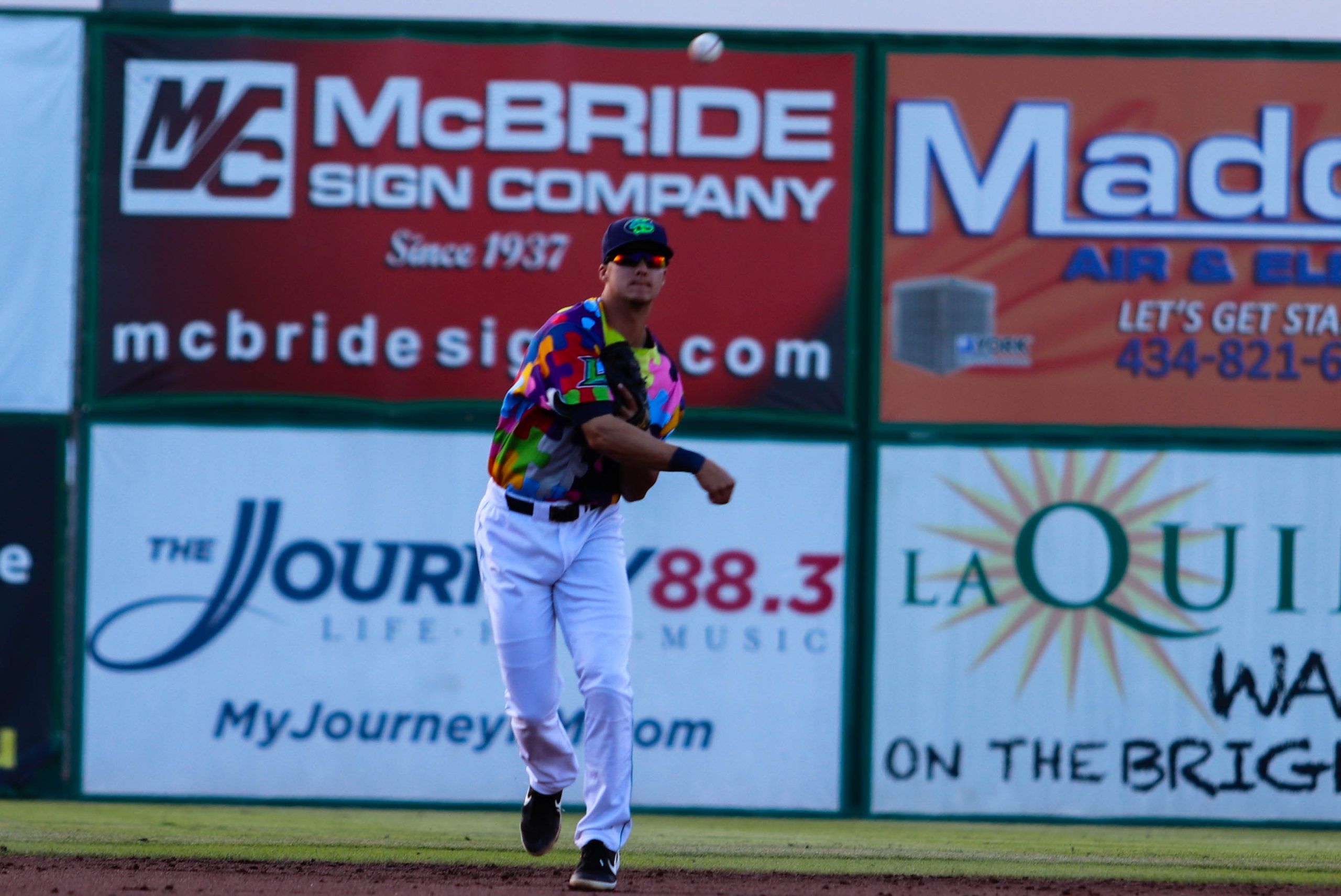 The Hillcats lost two out of three games to the Wood Ducks to go under .500 baseball which has been a theme for them all season long. The first game of the series, and the only game they won was a 5-1 victory and did so without hitting any home runs. Trenton Brooks and Jodd Carter provided RBI as they both lead the team in that offensive category and Mike Rivera added two of his own in the win. Next, on the schedule is a stop in Potomac where they were shut out in the first game of that series by a score of 6-0. The next night Jones hit his fifth homer of the year, a two run bomb in the second inning in another 5-1 win for the Hillcats. Oscar Gonzalez and Jones continue to produce offensively bringing in runs on a consistent basis (39 for Oscar and 31 for Nolan) and have been the bright spots in this lineup. The second game of the set was another loss for Lynchburg in 7-2 fashion, but Jonathan Laureano hit his first long ball of the year. The finale of the series was cancelled due to inclement weather.

The next series against Wilmington would begin with a postponed game because of the weather as well and would be made up on June 11th in a  doubleheader. The day game of the twin bill was a 2-1 loss as the Blue Rocks scored the game winning run in the bottom of the sixth inning. The night contest was a better showing for the offense as they won in a blowout 9-1. Gavin Collins was the hero in this one producing four RBI increasing his total to twenty-one on the year. Collins would again spark the Hillcats to another win with two long balls, his second and third of the year in the 8-4 victory. It is for that offensive outbreak that Collins should be recognized as the player of the week. This extra long series continues into the weekend where the Blue Rocks won the next two games, on Friday and Saturday including a 11-1 thrashing with the series finale scheduled for Sunday and first pitch set at 3:00 p.m heading into the All-Star break. The Hillcats got edged by Wilmington 6-5 despite trailing 4-2 heading into the bottom of the ninth inning. Collins doubled scoring two runs and then a sac fly by Brooks tied the game and it would go into extra frames. The Blue Rocks scored on a balk in the top of the tenth and that score would hold handing Lynchburg going into the break with a record of 32-35.

Luke Wakamatsu is the switch hitting shortstop for Lynchburg where his average (.168) his quite low for the offense he has provided for the lineup. However, he has hit eleven doubles for the team and four home runs despite not being that much of the power threat for the club. His strikeout percentage is the biggest concern as he has 70 Ks in just sixty games played. Wakamatsu does have a .296 slugging percentage and thirty-three hits during his season thus far but again the batting average is the number that is a bit worrisome for him.  The opportunity for Luke to be promoted to higher levels of ball are likely not going to occur unless the need should arise for the double A club unless his offensive skills really pick up in his career.