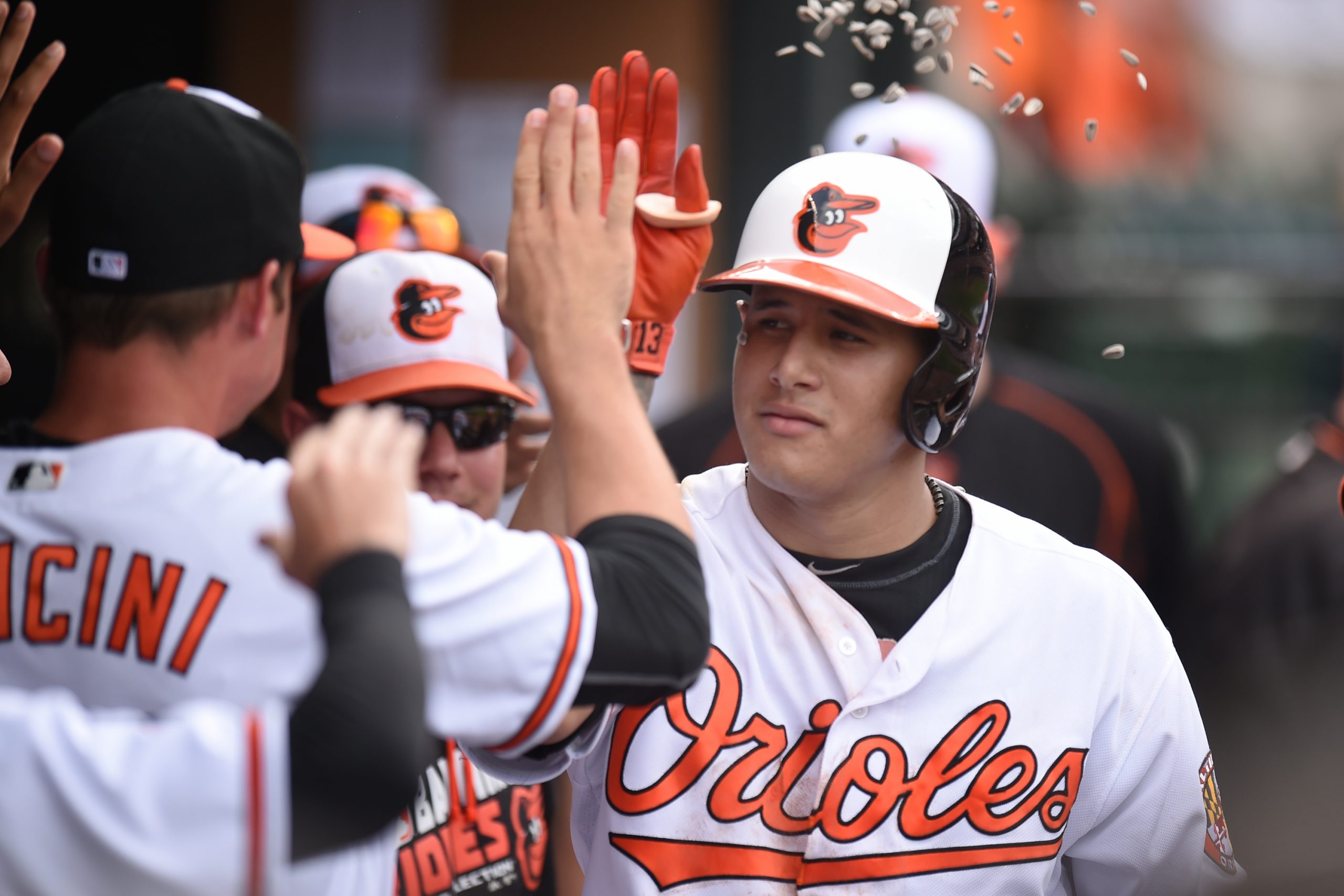 Major League Baseball is full of young superstars, and Baltimore Orioles third baseman Manny Machado deserves to be included in such an elite group. After all, he just earned his second consecutive top-five finish in the American League MVP race.

Finishing fifth behind Mike Trout, Mookie Betts, Jose Altuve and Josh Donaldson is nothing to be ashamed of, but was there a way he could’ve further distinguished himself to become a finalist?

Looking at Machado’s 2015 and 2016 statistics, it appears he experienced nearly identical performances, except for one glaring difference. Here are his numbers from the past couple seasons:

After suffering a terrible knee injury at the end of 2014, the most important part of the above table is how many games he’s played. Machado has been a constant in the middle of manager Buck Showalter’s lineup, which has been vital to Baltimore’s success.

His production from the past two years has been awfully similar, with steals being the most obvious exception. Prior to 2015, Machado stole just 10 bags in 17 tries during his career, so it’s not as if he cultivated that kind of reputation on the bases. That’s why converting on 20-of-28 attempts in ’15 was such a pleasant surprise.

He’s not going to become Rickey Henderson, but swiping 10 or 20 bags in addition to hitting 30-plus homers and driving in 100-plus runs during a season isn’t all that common. It was especially welcome in the Orioles’ lineup, where there wasn’t a lot of speed on the roster (he accounted for 45 percent of the team stolen base total in ’15).

This lack of team speed isn’t anything new for Baltimore, though.

Since 2012, the Orioles have finished last in stolen bases four times, holding this dubious distinction each of the last three years. But the 2016 season was on another level, as they stole just 19 bases while getting caught 13 times. Unlike the year before, Machado had nothing to do with it – not only did he fail to swipe any bags in ’16, but he also accumulated just three attempts.

Does this matter? It may not at the end of the day, but judging from the AL’s top three finishers in the MVP race, it could if he wants to take home that award at some point.

Here are the top-10 finishers and their corresponding stolen base totals in 2016: Of the top five, Machado is the only one who didn’t steal a single base all year.

Despite posting basically the same numbers for the second consecutive year (134 wRC+ in ’15, 129 wRC+ in ’16), Machado watched his fWAR drop from 6.8 to 6.5 while everyone else’s increased. This can be viewed as small potatoes because he still ranked fifth in the American League in that department, but when we’re dissecting the best players in baseball, it’s the small things that separate one from another.

On the fWAR leaderboard, the four players ahead of Machado were the same ones who finished ahead of him in AL MVP voting. Is that a coincidence? Probably not, and the biggest difference maker between him and Trout, Betts and Altuve was their stolen base totals. Donaldson wasn’t much better in that department, but his .953 OPS was nearly 100 points higher than Machado’s (.876), which was fueled by a superior walk rate (15.6 percent compared to 6.9 percent).

We are nitpicking a bit here – Machado is one of the game’s best all-around players when considering his prowess in the batter’s box and with the glove. The 24-year-old’s potential has been on full display multiple times over the last five seasons. Not everyone has three All-Star Game appearances, two Gold Gloves and three top-10 MVP finishes at this point in their career, ya know.

Once he hits free agency in a couple seasons, he will likely be one of a few players agreeing to $300-plus million contracts. Pretty much everything about him will signal he’s one of MLB’s brightest stars.

However, if he wants to climb to the top of that MVP mountain soon, he can’t totally disregard his work on the bases. There’s a big difference between finishing in the top five and finishing in the top three – especially in the arbitration process – so it’s something Machado should consider improving for 2017.

He doesn’t need to swipe 20 or 30 bags, but showing it’s still a viable part of his game is important. The perfect example is right in front of his face – Trout went into 2016 with a focus on how he handled the basepaths, and he ended up winning his second MVP award. Recommitting himself to being more of an asset in this area could be exactly what Machado needs to climb the ranks even further next season.

If it worked for Mike Trout, it’s definitely worth a shot. Nobody in Baltimore would complain, that’s for sure.