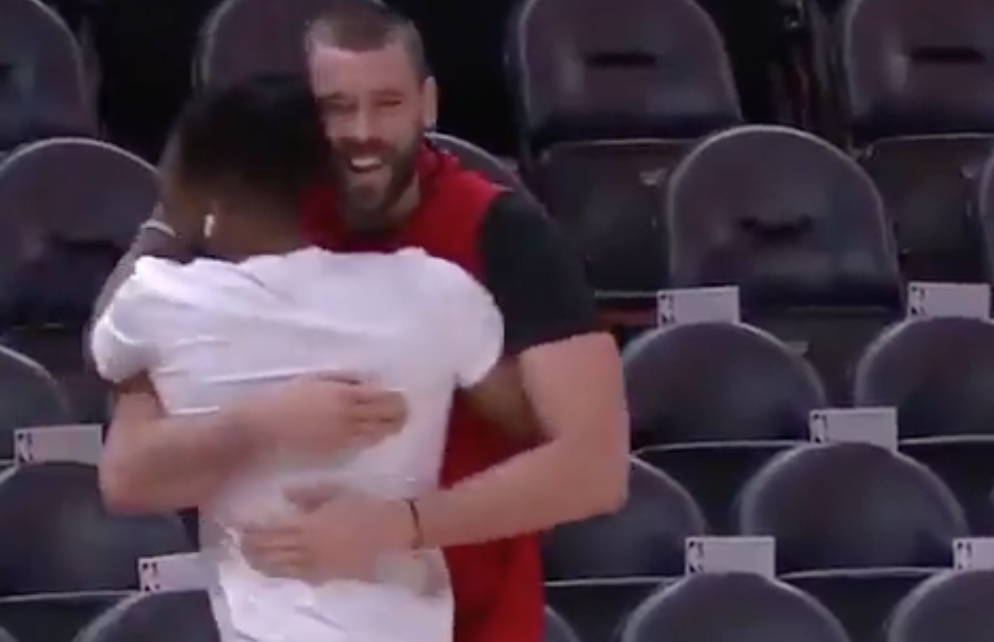 The last time Mike Conley and Marc Gasol hung out together just over a year ago, they were teammates on the struggling Grizzlies in Memphis, with both players essentially begging for a trade.

Gasol was moved soon after, just before the trade deadline, and it worked out quite well for him — as he went on to win a title with the Toronto Raptors.

It took a bit longer for Conley, who was eventually traded over the summer, just a few days after the free-agent market opened.

The two reunited for the first time in Salt Lake City on Monday night, hanging out on the court before the Raptors-Jazz game, and it was all smiles and laughs from the two close friends.

It’s like they never left Memphis, just picking up where they left off. Awesome.