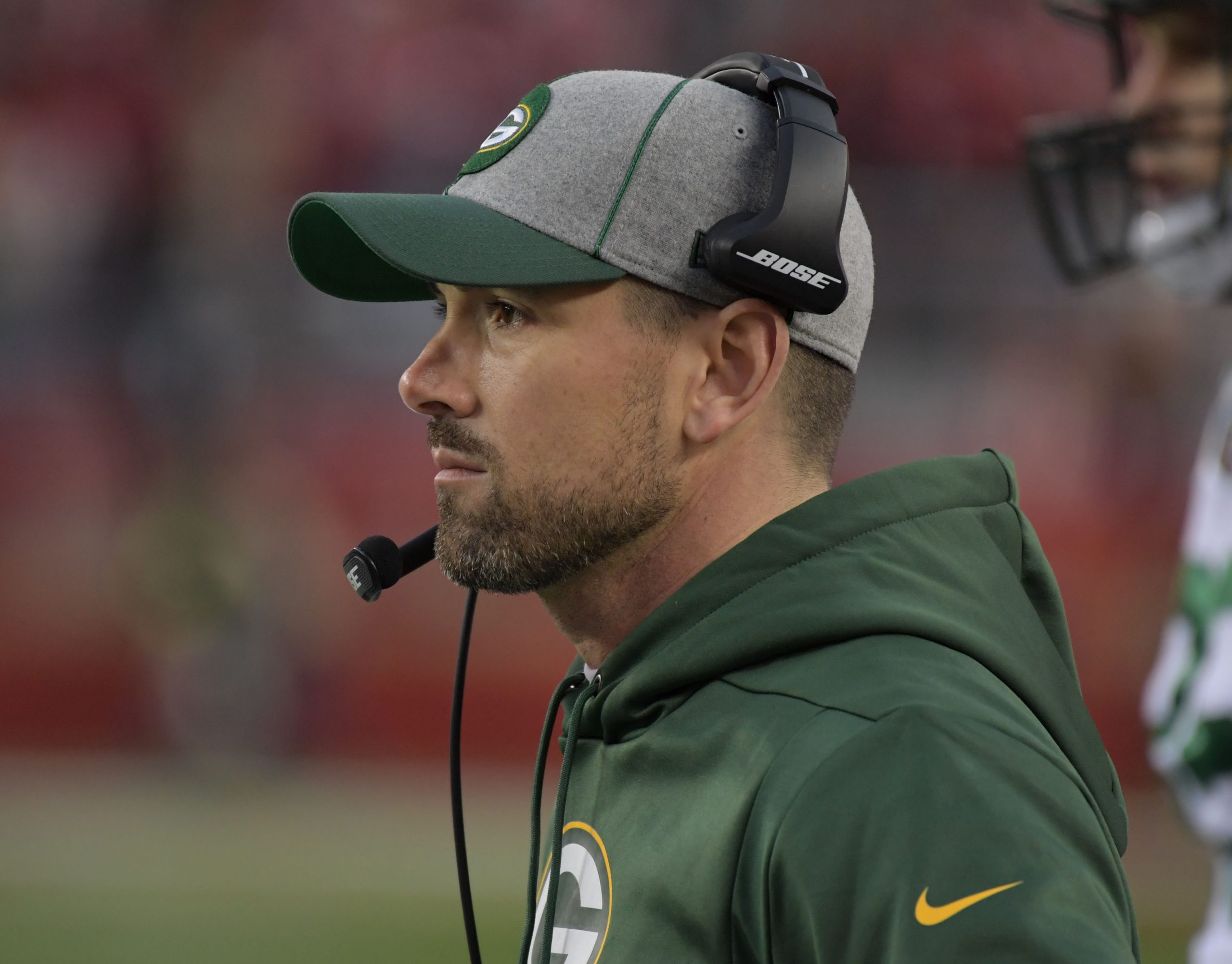 Green Bay Packers head coach Matt LaFleur indicated he wanted more explosive plays from his offense this season in an interview on Wilde and Tausch on ESPN Wisconsin on Thursday as reported by Rob Demovsky.

“One area we really need to improve on is creating more explosive plays,” LaFleur said during the interview. “We were pretty efficient … but were 23rd in explosive plays. That starts with play calling [and] maybe take a few more chances to help generate those plays down the field.”

Many fans quickly grew frustrated by these comments, noting that the Packers failed to draft a wide receiver in this year’s draft, a position most experts felt they needed significant help at behind star Davante Adams.

Keep in mind there are many ways to generate explosive plays which most teams define as a play gaining 20 yards or more. It does not necessarily require throwing the ball 20 or more yards down the field to generate these types of gains.

In his first season as head coach, LaFleur ran a hybrid offense that combined his strategy and formations which come from the Kyle Shanahan school of offenses with the system that Aaron Rodgers ran successfully for more than a decade under Mike McCarthy. The results were uneven. Some games, the Packers offense looked elite. In other contests, the offense barely scored enough points to win games against mediocre opponents.

This year’s draft, while disappointing to many fans, was designed to give LaFleur the weapons he needs to run his style of offense more efficiently. Second-round pick A.J. Dillon is a big, bruising back in the Derrick Henry mode. Then, in the third round, the Packers added tight end/H-back Josiah Deguara.

LaFleur hopes that these players will allow him to run both rushing plays and passing plays from identical formations and keep defenses off balance.

The offense LaFleur runs is generally designed to scheme players open and create momentary confusion among defensive players which allows receivers and runners to gain a momentary advantage and therefore results in successful plays.

A screen pass that is thrown only five yards in the air but which gains 35 yards because it is well timed and well executed still counts as an explosive play. An off tackle run or a jet sweep that gains 20 or more yards would also be counted as an explosive play as well.

The more LaFleur implements his offense, the more likely we are to see fewer attempts at bombs down the field but that doesn’t necessarily mean fewer long gains.

A prime example of this would be Aaron Jones’ game-winning 67-yards touchdown pass from Rodgers in Week 8 against the Chiefs in Kansas City. Rodgers threw the ball just a few yards past the line of scrimmage but the result was an explosive play due to the good call, the precise blocking by the Green Bay offensive line and the smart and elusive running of Jones.

The Packers offense will certainly be different than it was in the heyday of the McCarthy era. The emphasis will no longer be on getting the ball deep to wide receivers like Greg Jennings, James Jones and Jordy Nelson. But that doesn’t mean that players can’t turn short passes or runs into long gains and then set up the occasional deep pass that Rodgers became well known for over the course of his career.

The Packers still have players who are capable of creating big plays. Aaron Jones, Davante Adams, Allen Lazard, Marquez Valdes-Scantling and possibly Jace Sternberger are all able to make long gains out of short passes or break off a long run depending on the call and the execution.

Last year, the Packers exceeded expectations and “won ugly” a lot en route to a 13-3 record. In 2020, the players will be more familiar with the system, more experienced at running it and LaFleur will have the type of players on the field that it takes to make his system effective.

Yes, fans are frustrated that the Packers didn’t select a wide receiver in this year’s draft. But LaFleur’s early success certainly has earned him the right to implement his system and see if he can make it run at maximum efficiency. This offense has potential. Now it has to produce more consistent results.