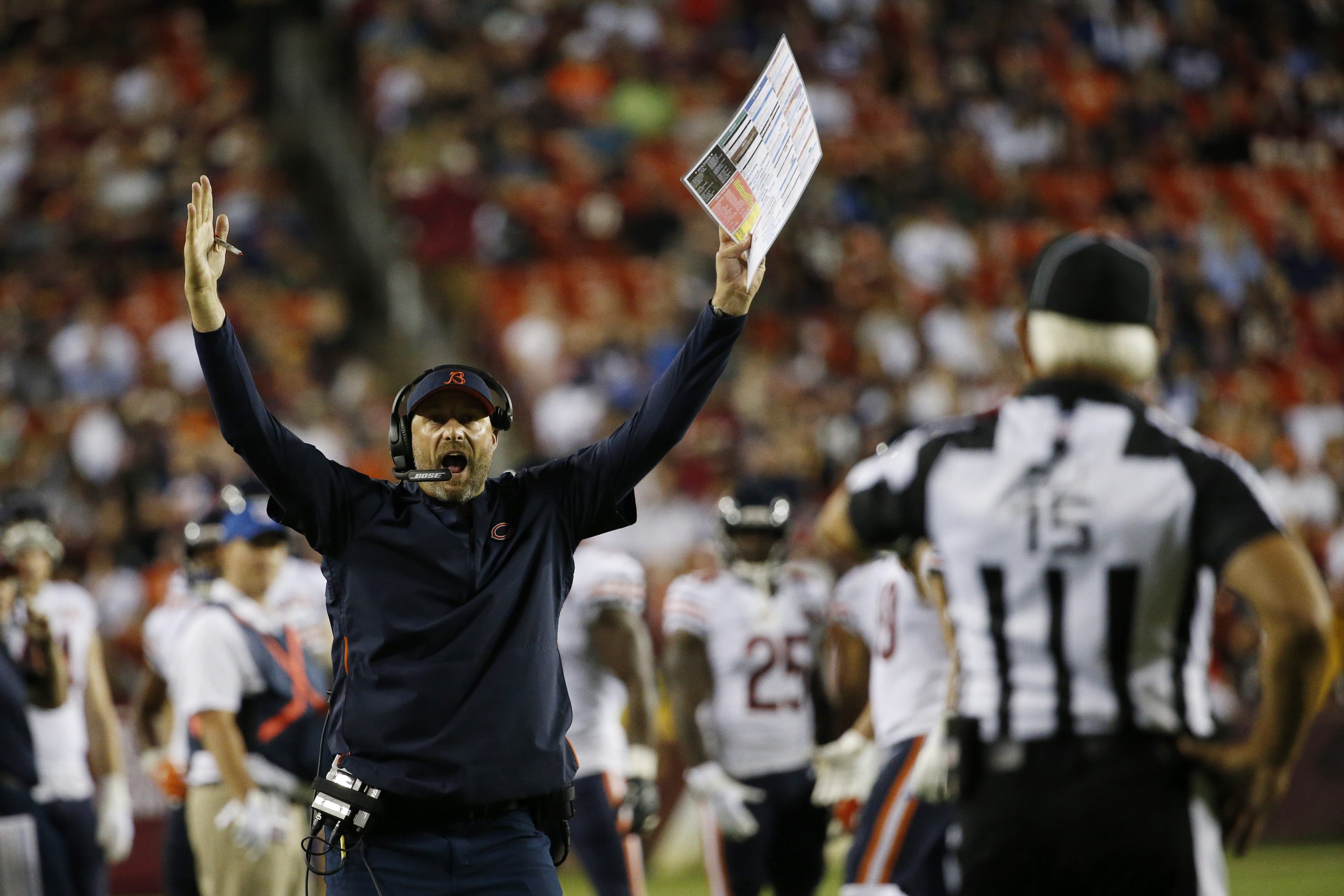 Bears running back Tarik Cohen saw his postgame locker room video go viral for the wrong reasons after Monday night’s win over the Redskins, and now he has to explain exactly how it happened.

The video, which Cohen posted to social media, showed a naked Kyle Long in the background. And while it didn’t necessarily violate league rules, the level of transparency in the digital age is high, so head coach Matt Nagy addressed the incident to get ahead of it, before it truly became a story.

“I think it’s unfortunate that that happened,” Nagy said, via the Chicago Sun-Times. “Tarik feels bad and is apologetic and embarrassed that it happened. I think it’s something that you need to do is you learn from it. It was a mistake and nothing that is malicious at all. But it was a mistake so let’s make sure that that mistake doesn’t happen again to all of our players.”

This situation reminds us of the infamous Antonio Brown Facebook live stream awhile back, although that was a lot longer in duration, and happened after a playoff win. Regardless, players really need to just nix the locker room videos.