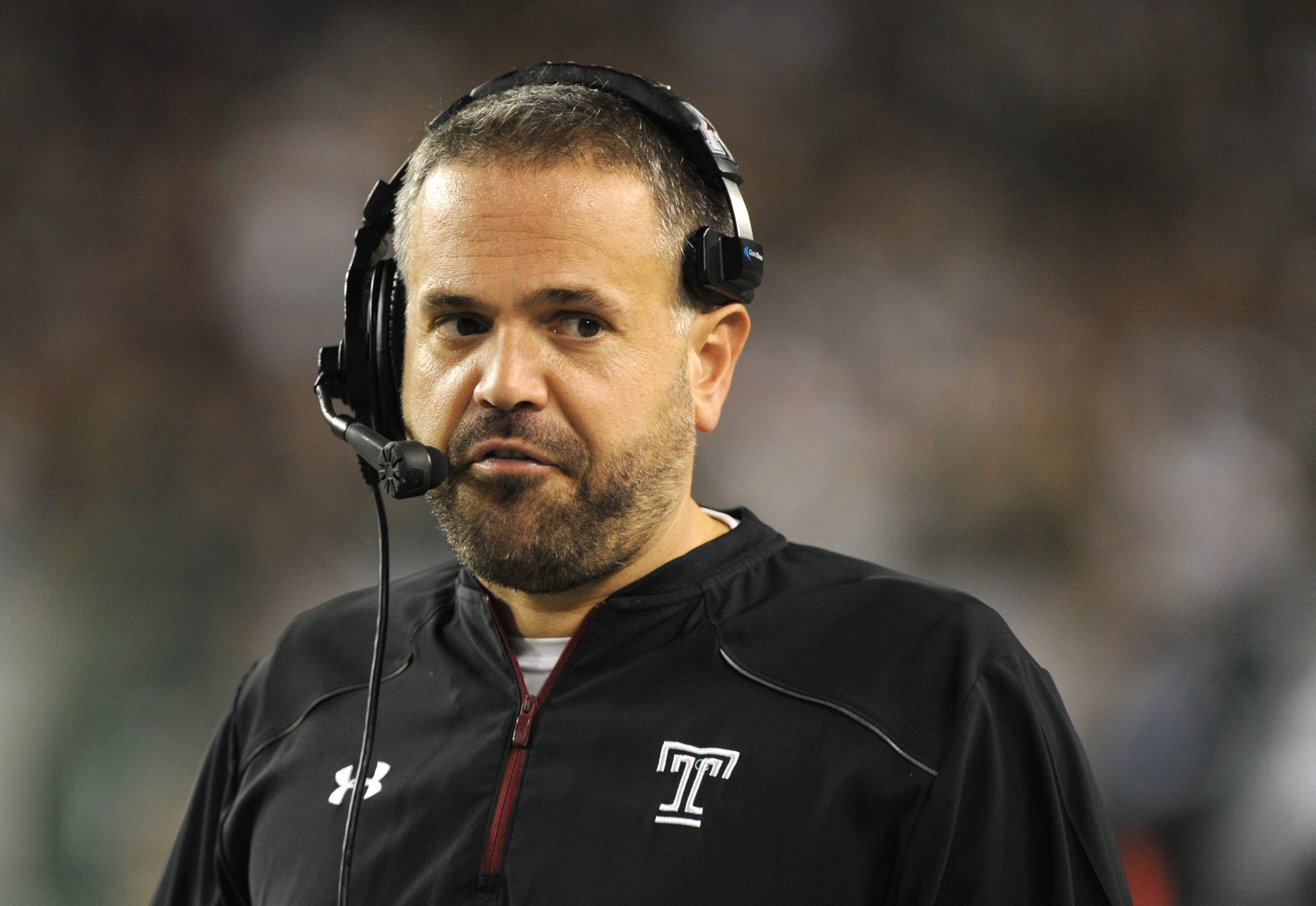 41-year-old Matt Rhule was offered and accepted a contract with Baylor to become their next head football coach. The former Temple Owls coach, coming off of an American Athletic Conference Championship, led the Owls to their second consecutive 10 win season after a 3-3 start in the 2016 season. Rhule played linebacker from 1994-1997 at Penn State under Joe Paterno and quickly moved into coaching in 1998 after he accepted the job of linebackers coach at Albright Coach. Following Albright, Rhule spent two years at Buffalo and one year at UCLE before moving to Western Carolina for 4 seasons. Rhule’s first stint at Temple came in 2006 where he started out as the defensive line coach and ended his first tenure at Temple in 2010 as the offensive coordinator and quarterbacks coach.

Rhule was a hot coaching commodity before being scooped up by the Baylor Bears because of what he accomplished at Temple. His 2013 team finished 2-10 and he quickly turned them into a .500 team for the 2014 season followed by two consecutive 10 win seasons. One factor that has not been overlooked is the fact that he recruited exceptionally well for a school like Temple which is located in North Philadelphia accompanied by less than spectacular facilities. This factor clearly speaks to the culture Rhule built at Temple; a family culture.

#Baylor makes it official, as @FoxSports reported earlier this AM. Matt Rhule is the Bears new HC: https://t.co/fvwqt5nNJ5

Baylor is the right fit for Matt Rhule as he takes over a talented program that has been overwhelmed with scandals relating to unreported and reported sexual assaults. There is no doubt that Rhule will restore the ethics, morals, and values to the Bears program and return the Bears to a perennial top-10 team in very little time.