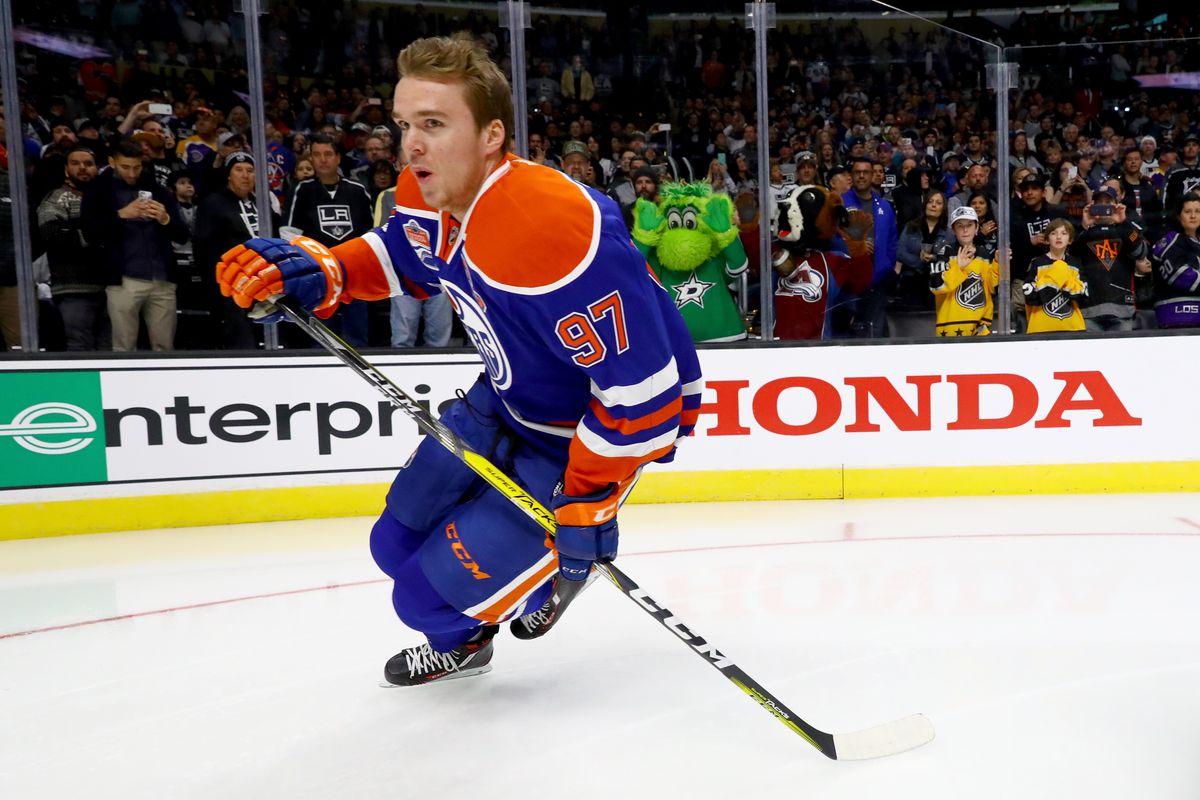 The dynamic duo should strike fear into the other three divisions in tomorrow’s three-on-three tournament. They’ll also be a force to be reckon with at tonight’s annual Skills Competition.

Both McDavid and Draisaitl will participate in the skills competition tonight. McDavid will, to the surprise of no one, take part in the Fastest Skater competition.

McDavid will compete against Jack Eichel, Nathan MacKinnon, Mathew Barzal, Chris Kreider, Anthony Duclair, Travis Konecny and Quinn Hughes. McDavid won the event in 2019 in San Jose with a time of 13.378. McDavid has won the competition in each of the last three years.

Draisaitl, in his second All-Star Game, did not participate in the event in 2019. David Pastrnak won it with a time of 11.309.

Draisaitl did make some noise last year in his first All-Star Game, however. The German forward won the NHL’s Premier Passing event with a time of 1:09.088. His time was nine seconds better than Sebastian Aho of Carolina, who came in second.

The action starts at 8:00 pm eastern / 6:00 pm mountain. It can be seen in Canada live on Sportsnet and CBC. In the United States, NBCSN has you covered tonight in St. Louis!

Good luck to McDavid and Draisaitl!