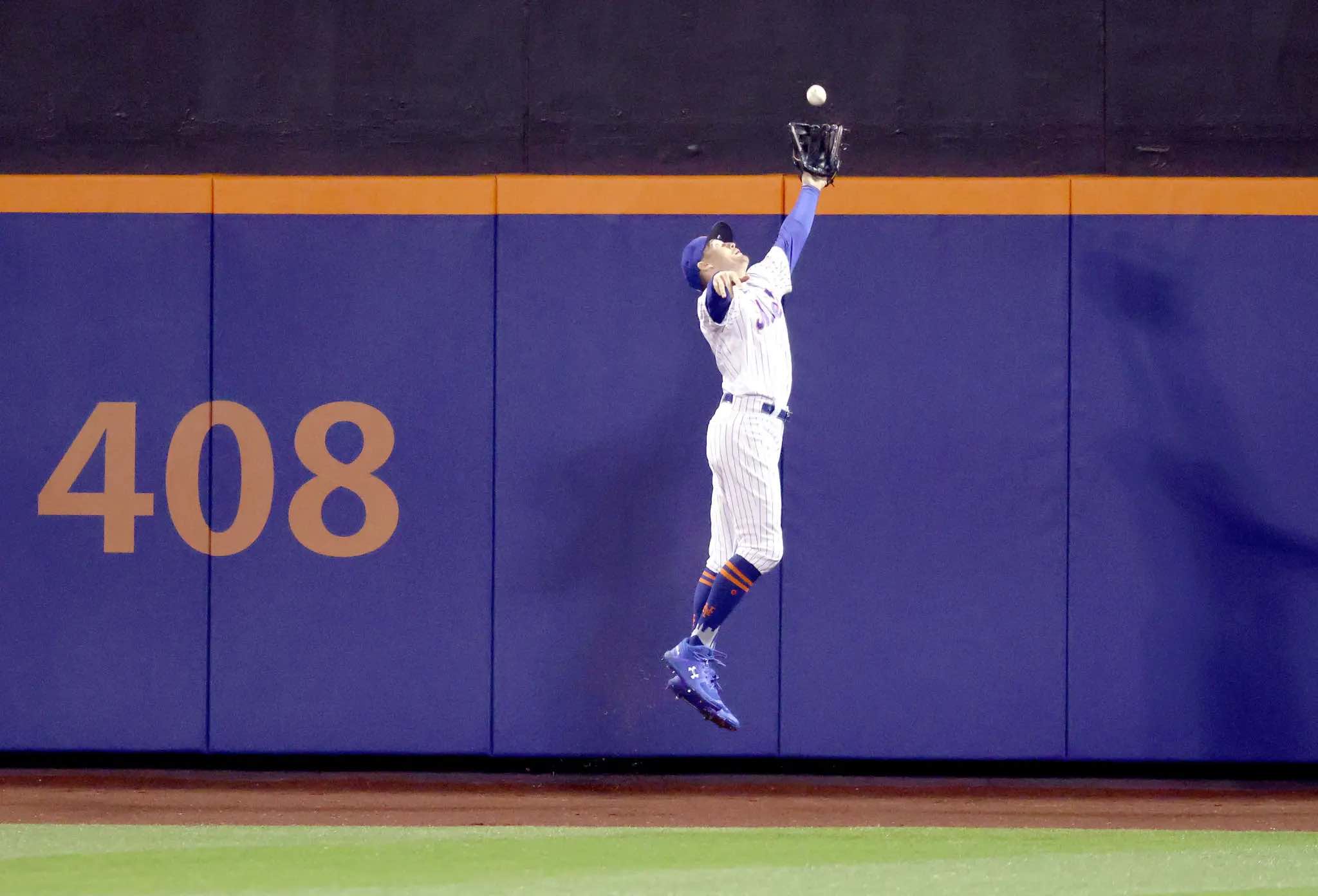 Now that the 2022 season is over for the New York Mets, we have been looking back at the year that was. After taking a more general view of the offense, pitching, and coaching staff, it’s time to take a deeper dive into the Mets’ players. This series will take a look at every player on the roster for the Mets at the end of the season from A (Pete Alonso) to W (Trevor Williams). The review will look at their season statistics, stories, and what role (if any) they will have next season. We continue the series today with a look at center fielder Brandon Nimmo.

Story: The pressure was on for Brandon Nimmo as he entered his walk year in 2022. The Mets signed Starling Marte in the offseason to presumably take over in center field but the team opted to stick with Nimmo out there on the basis of strong defensive metrics. The decision paid off in spades as Nimmo became one of the league’s best defensive center fielders and made a highlight reel catch against the Los Angeles Dodgers on August 31 to rob a home run in a critical game.

The Mets also saw Nimmo stay healthy and he delivered a strong all-around season at the plate, hitting .274 with an .800 OPS and scoring 102 runs on the season out of the leadoff spot. Nimmo also produced a career high WAR of 5.0, demonstrating his overall value to the team when he stays healthy. The postseason also saw Nimmo be one of the few productive Mets’ hitters in the Wild Card Series as he hit .333 in 12 at-bats against the San Diego Padres. Unfortunately for Nimmo, his first postseason appearance was a short one as the Mets lost the series in three games.

The Mets saw Nimmo finally unlock his full potential and it came in the form of the all-around center fielder they have been searching for since trading away Carlos Beltran in 2011. Health was also important for Nimmo as he set career-highs in games played (151), at-bats (580), hits (159), doubles (30), and runs scored (102).

The Mets made Nimmo a priority in the offseason and re-signed him on an eight-year deal worth $162 million. The years are a risk given Nimmo’s injury history but lengthening the deal allowed the Mets to lower his average annual salary, which is the most important consideration for luxury tax purposes. Nimmo was also an irreplaceable part for the Mets since there wasn’t a comparable center fielder on the market, making his retention a huge positive for the offseason.

Check back next week as our Player Review Series continues with a look at relief pitcher Stephen Nogosek!