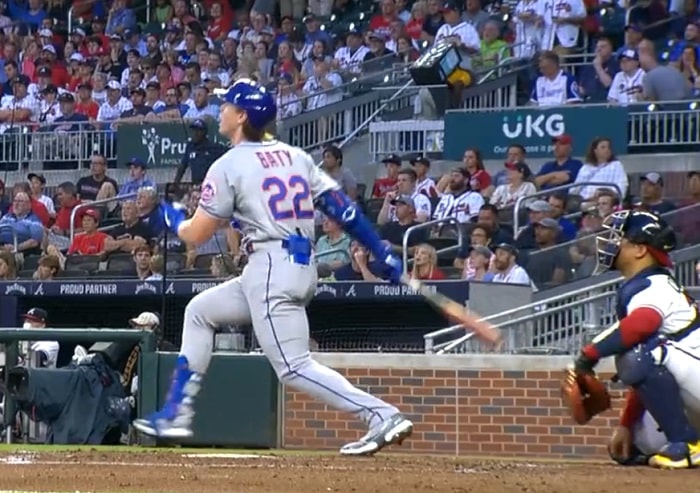 Now that the 2022 season is over for the New York Mets, we have been looking back at the year that was. After taking a more general view of the offense, pitching, and coaching staff, it’s time to take a deeper dive into the Mets’ players. This series will take a look at every player on the roster for the Mets at the end of the season from A (Pete Alonso) to W (Trevor Williams). The review will look at their season statistics, stories, and what role (if any) they will have next season. We continue the series today with a look at third baseman Brett Baty.

Story: The New York Mets entered the 2022 campaign without expecting a big league contribution from Brett Baty, who entered the season as one of their top prospects. Baty began the year with AA Binghamton and got red-hot in July, earning a promotion to AAA Syracuse in August. The timing of Baty’s hot streak was fortuitous for him as the Mets experienced a rash of injuries at third base around the same time, losing Eduardo Escobar and Luis Guillorme to the injured list. The result was Baty getting promoted to the majors on August 17 and homering in his first at bat, helping the Mets defeat the Atlanta Braves in a critical game. Baty ended up being the starting third baseman until Escobar returned and was in line to at least platoon at the position before tearing a thumb ligament late in August. The tear required surgery, ending Baty’s season before he had much of a chance to showcase what he could do.

Baty flashed some potential with the bat but he clearly needed more seasoning against advanced competition. There were also defensive concerns with Baty but it is hard to give him a grade off of just two weeks of big league action.

The Mets would love to see Baty be their starting third baseman at some point next season and he will have a chance to earn a job on the Opening Day roster in spring training. The likeliest path, however, is that Baty begins the season with AAA Syracuse so he can play every day and continue to get valuable development against advanced pitching. Escobar is a potential free agent after next season so the ideal scenario for the Mets would be for Baty to force his way to the majors by June and be the long side of a platoon for the rest of the way before becoming the full-time starter in 2024.

Check back tomorrow as our Player Review Series continues with a look at infielder Travis Blankenhorn!