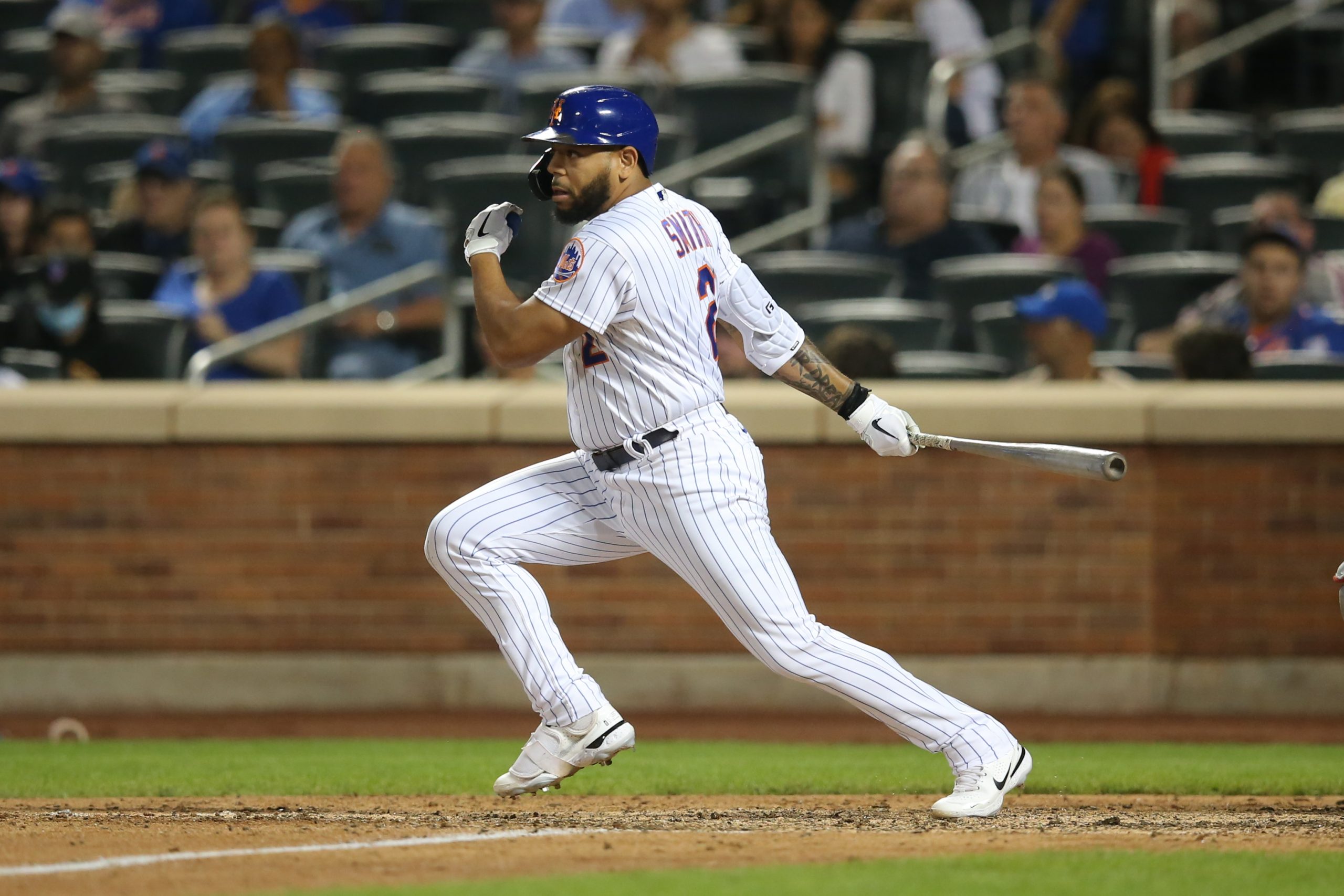 Now that the 2022 season is over for the New York Mets, we have been looking back at the year that was. After taking a more general view of the offense, pitching, and coaching staff, it’s time to take a deeper dive into the Mets’ players. This series will take a look at every player on the roster for the Mets at the end of the season from A (Pete Alonso) to W (Trevor Williams). The review will look at their season statistics, stories, and what role (if any) they will have next season. We continue the series today with a look at first baseman Dominic Smith.

Story: After a lost 2021 season, Dominic Smith looked to re-establish himself as a factor in the Mets’ long-term plans in 2022. Smith made the team as a reserve out of spring training but saw limited playing time in April as part of a three-headed platoon between himself, J.D. Davis and Robinson Cano at designated hitter. The Mets ended up cutting Cano at the end of April when rosters contracted back to 26, turning the platoon into a pure lefty/righty split with Smith and Davis. Smith couldn’t do much with his opportunities, delivering little power and struggling against both left-handed and right-handed pitching.

Things came to a head for Smith in July, when he rolled his ankle in Chicago just prior to the All-Star Break. The Mets ended up putting Smith on the injured list and acquired Daniel Vogelbach from the Pittsburgh Pirates as his replacement, leaving no room for Smith on the roster when he was healthy. Smith accepted a demotion to AAA Syracuse without complaint and hit well down the stretch, rediscovering some power with 10 homers in the minors, but the Mets never considered bringing him back up in September.

Smith’s performance was disappointing and warranted being replaced by Vogelbach. The way the team handled Smith was a sign that sentimentality wouldn’t take priority over results, a welcome change from the days where the former would dictate roster decisions.

The Mets non-tendered Smith in November rather than commit to a nearly $4 million salary via arbitration. Smith found a good landing spot in Washington, landing a one-year deal that will allow him to play every day at first base, an opportunity he would never have gotten in New York with Pete Alonso entrenched at the position. This is probably the best case scenario for everyone involved since it made little sense for the Mets to bring Smith back despite how much they like him as a player.