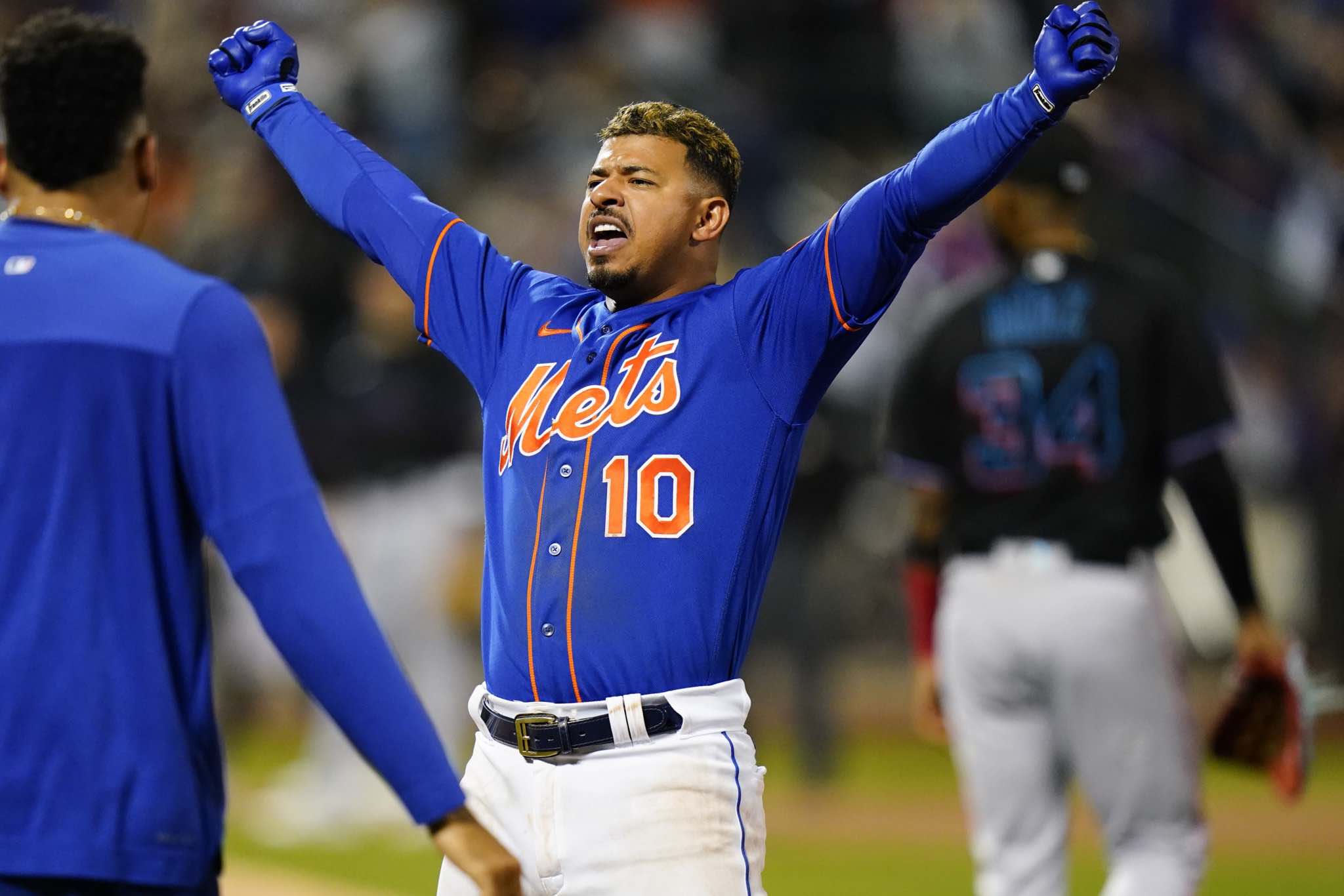 Now that the 2022 season is over for the New York Mets, we have been looking back at the year that was. After taking a more general view of the offense, pitching, and coaching staff, it’s time to take a deeper dive into the Mets’ players. This series will take a look at every player on the roster for the Mets at the end of the season from A (Pete Alonso) to W (Trevor Williams). The review will look at their season statistics, stories, and what role (if any) they will have next season. We continue the series today with a look at third baseman Eduardo Escobar.

Story: The Mets signed Eduardo Escobar to a two-year deal worth $20 million on December 1 of 2021 to be their new starting third baseman. Escobar was assigned to the fifth spot in the batting order to protect Pete Alonso but he struggled through most of the year with more pronounced hot streaks and cold slumps than his usually streaky nature. There were some early highlights, such as when Escobar hit for the cycle on June 6 in San Diego, becoming the first Met to do so since Scott Hairston in 2012. The prolonged cold spells were frustrating for the Mets, who began to platoon Escobar with Luis Guillorme in late July before both players landed on the injured list in August.

Escobar returned first and ended up as the everyday third baseman again after Brett Baty was lost for the season with a thumb injury. The move worked out for Escobar, who got red hot in September, batting a league-leading .340 with eight home runs and 24 RBIs to carry the Mets through the month and earned the National League’s Player of the Month Award in the process. Escobar was also one of the few Mets to hit in the Wild Card series, homering for the team’s only run in Game 1 and going 3 for 9 in the series with a pair of RBIs.

The overall numbers turned out fine for Escobar but they were lower across the board than his 2021 performance with Milwaukee and Arizona. The fact that Escobar turned things around at the end of the year may be a sign that he finally got acclimated to playing in New York, which is a much bigger stage than he had been on prior to this season.

Contract Status: Signed Through 2023 (Will Earn $9.5 Million Next Season)

The Mets will bring Escobar back in 2023 and he should start the year as the everyday third baseman. The presence of Baty is a complicating factor since the Mets would like to see their top infield prospect assume that role by the end of the season. Don’t be shocked if Baty is promoted to the big club around June, which would shift Escobar into more of a utility role going forward.

Check back tomorrow as our Player Review Series continues with a look at relief pitcher Nate Fisher!