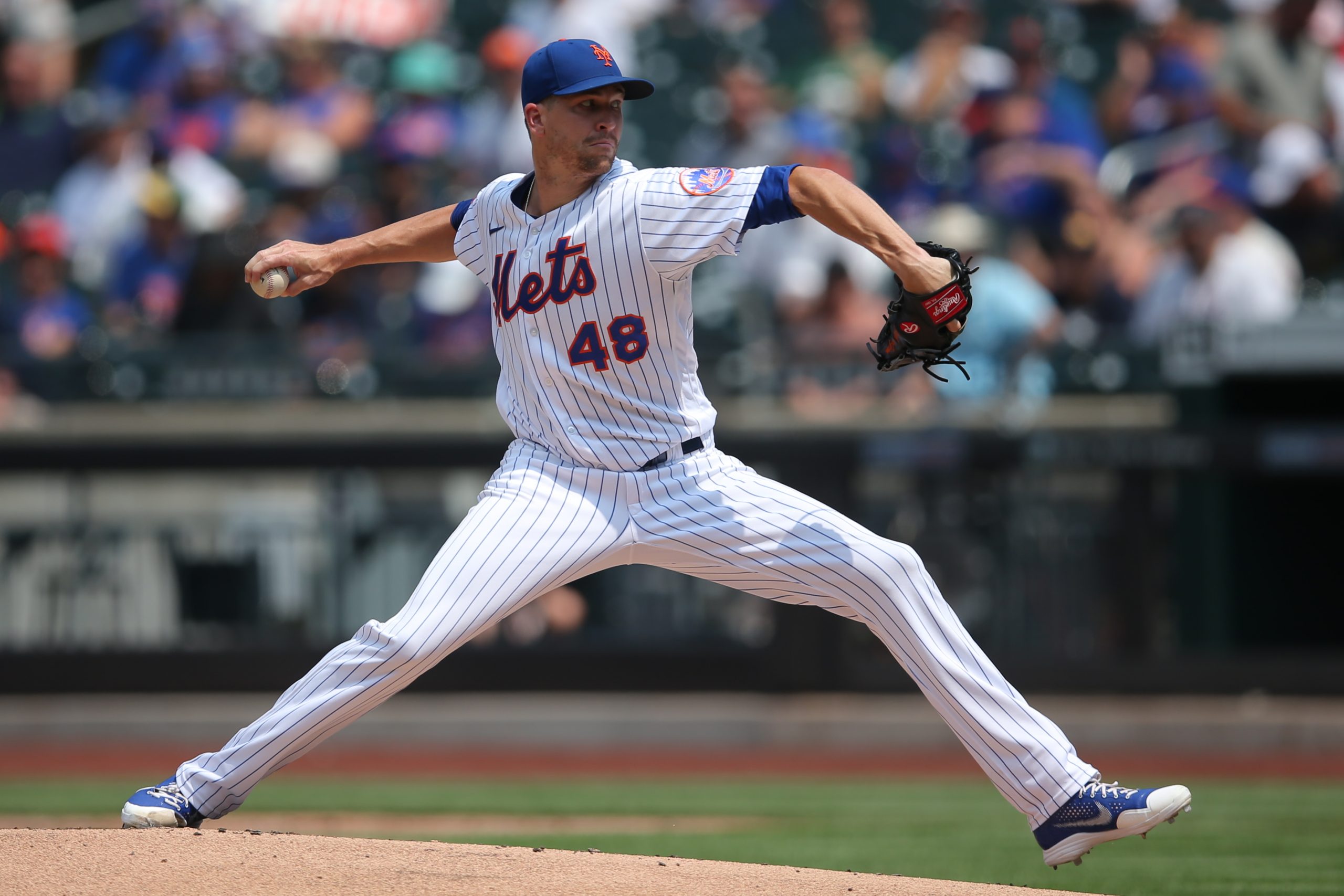 Now that the 2022 season is over for the New York Mets, we have been looking back at the year that was. After taking a more general view of the offense, pitching, and coaching staff, it’s time to take a deeper dive into the Mets’ players. This series will take a look at every player on the roster for the Mets at the end of the season from A (Pete Alonso) to W (Trevor Williams). The review will look at their season statistics, stories, and what role (if any) they will have next season. We continue the series today with a look at starting pitcher Jacob deGrom.

Story: The Mets were hoping to get a full season out of Jacob deGrom after he missed the second half of the 2021 season with elbow soreness. deGrom showed up to camp healthy and announced his intentions to opt out of his contract after the season. The news was met with some surprise from fans and took a back burner after deGrom suffered a stress reaction in his shoulder late in spring training, sidelining him for the first four months of the season.

deGrom returned in August and looked dominant but the Mets handled him with kid gloves down the stretch. There were some moments in September where deGrom looked human and struggled in his final two regular season starts, adding to the anxiety of fans after rumors began to swirl about deGrom’s desire to leave the Mets after opting out. deGrom did make one playoff start in the Wild Card series and pitched well, allowing two runs in six innings of work to earn the Mets’ only win of the postseason.

The Mets would have liked to gotten more than 11 starts out of deGrom but he did perform very well when he was on the field. The end results in terms of ERA and won-loss record didn’t look superhuman but deGrom still compiled an absurd 102 strikeouts in just 64.1 innings pitched.

deGrom did opt out of his contract and is seeking a huge payday on the open market. That high price tag may scare away other suitors with The Athletic’s Ken Rosenthal reporting yesterday that the Atlanta Braves are highly unlikely to sign deGrom while the Texas Rangers may not want to pay deGrom in the range of Max Scherzer’s contract. This would play to the benefit of the Mets, who are reportedly willing to pay him just above that market value. You cannot discount the possibility that deGrom takes less money to go pitch somewhere closer to his Florida home but the Mets are the favorites to sign him until something changes.

Check back tomorrow as our Player Review Series continues with a look at relief pitcher Edwin Diaz!