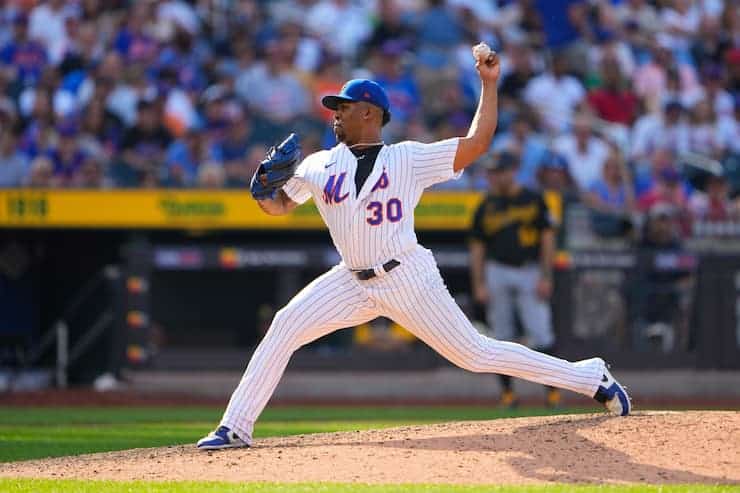 Now that the 2022 season is over for the New York Mets, we have been looking back at the year that was. After taking a more general view of the offense, pitching, and coaching staff, it’s time to take a deeper dive into the Mets’ players. This series will take a look at every player on the roster for the Mets at the end of the season from A (Pete Alonso) to W (Trevor Williams). The review will look at their season statistics, stories, and what role (if any) they will have next season. We continue the series today with a look at relief pitcher Joely Rodriguez.

Story: After failing to land a left-handed reliever in free agency, the Mets addressed that need via trade in spring training by swinging a rare deal with the New York Yankees. Reliever Miguel Castro was sent to the Bronx for Joely Rodriguez, who teamed with minor league free agent Chasen Shreve to give the Mets a pair of lefties in their Opening Day bullpen. Rodriguez struggled early in the season but managed to improve as the year progressed, eventually picking up some key multi-inning relief stints for Buck Showalter over the summer. The most notable appearance Rodriguez made as a Met came on August 7, when he allowed just one hit and struck out four over 2.1 shutout innings of relief to help seal a key win over the Atlanta Braves.

Despite the overall anxiety Rodriguez induced in his appearances, he did hold lefties to a .233 batting average against him. That performance was enough for Rodriguez to crack the Mets’ postseason roster as a reliever but he suffered a shoulder injury before appearing in the Wild Card Series against the San Diego Padres. Rodriguez was removed from the roster prior to Game 2 in favor of Taijuan Walker and he never appeared in a postseason game as the Mets were eliminated by the Padres in three games.

Rodriguez was a perfectly average reliever for the most part but was never reliable enough to fully enter Showalter’s circle of trust in the late innings.

Rodriguez moved on in free agency as he landed a one-year deal worth $2 million from the Red Sox. The Mets replaced Rodriguez as their bullpen lefty by swinging a trade with the Tampa Bay Rays for Brooks Raley, creating a situation that ended up being beneficial for all parties involved.

Check back tomorrow as our Player Review Series continues with a look at infielder Darin Ruf!