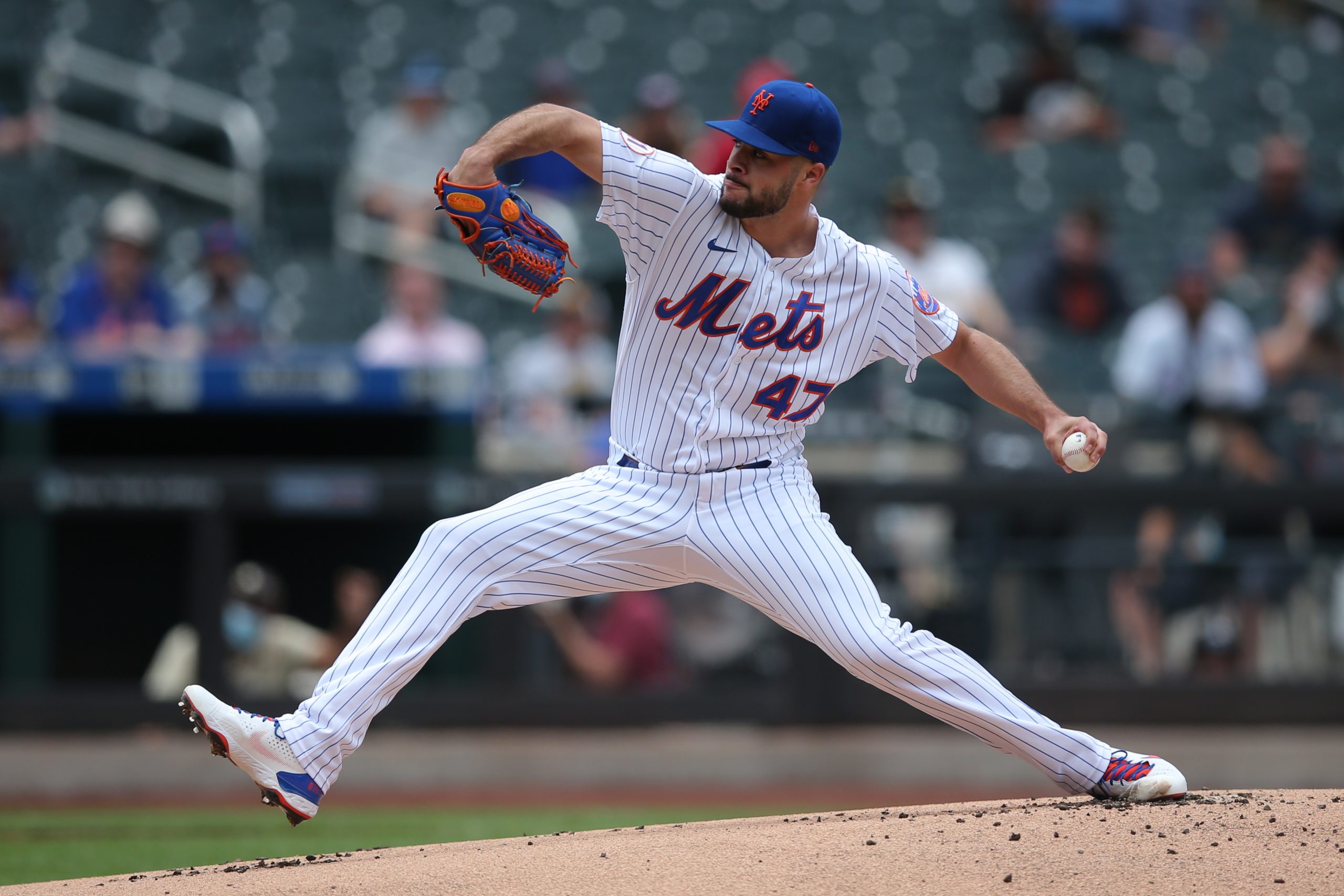 Now that the 2022 season is over for the New York Mets, we have been looking back at the year that was. After taking a more general view of the offense, pitching, and coaching staff, it’s time to take a deeper dive into the Mets’ players. This series will take a look at every player on the roster for the Mets at the end of the season from A (Pete Alonso) to W (Trevor Williams). The review will look at their season statistics, stories, and what role (if any) they will have next season. We continue the series today with a look at starting pitcher Joey Lucchesi.

Story: Joey Lucchesi entered 2022 looking to rehab from Tommy John surgery in the middle of the 2021 season with a goal of getting back to the big leagues by September. The New York Mets were conservative with Lucchesi’s rehab, waiting until late August to send Lucchesi out on a rehab assignment. Lucchesi made stops at Low-A St. Lucie, AA Binghamton and AAA Syracuse and was pretty effective in short stints. There was a bit of discussion about whether to activate Lucchesi in September to give the Mets another left-handed option out of their bullpen for the postseason but the organization opted against doing so.

While it was encouraging to see Lucchesi get back on a professional mound and pitch for a few innings, the fact he didn’t get back to the major leagues leaves him ineligible for a grade.

Lucchesi figures to be fully healthy entering spring training, where he will have an opportunity to compete for a job on the Opening Day roster. The fifth starter’s spot figures to be a competition between himself, David Peterson, Tylor Megill and newly acquired Elieser Hernandez with the losers either going to AAA Syracuse or the bullpen to fill the Trevor Williams swingman role. Lucchesi does have minor league options remaining so if he doesn’t win the job out of camp the Mets could opt to send him to AAA Syracuse to stretch out as a starter and remain available in case of injury to someone in the big league rotation.