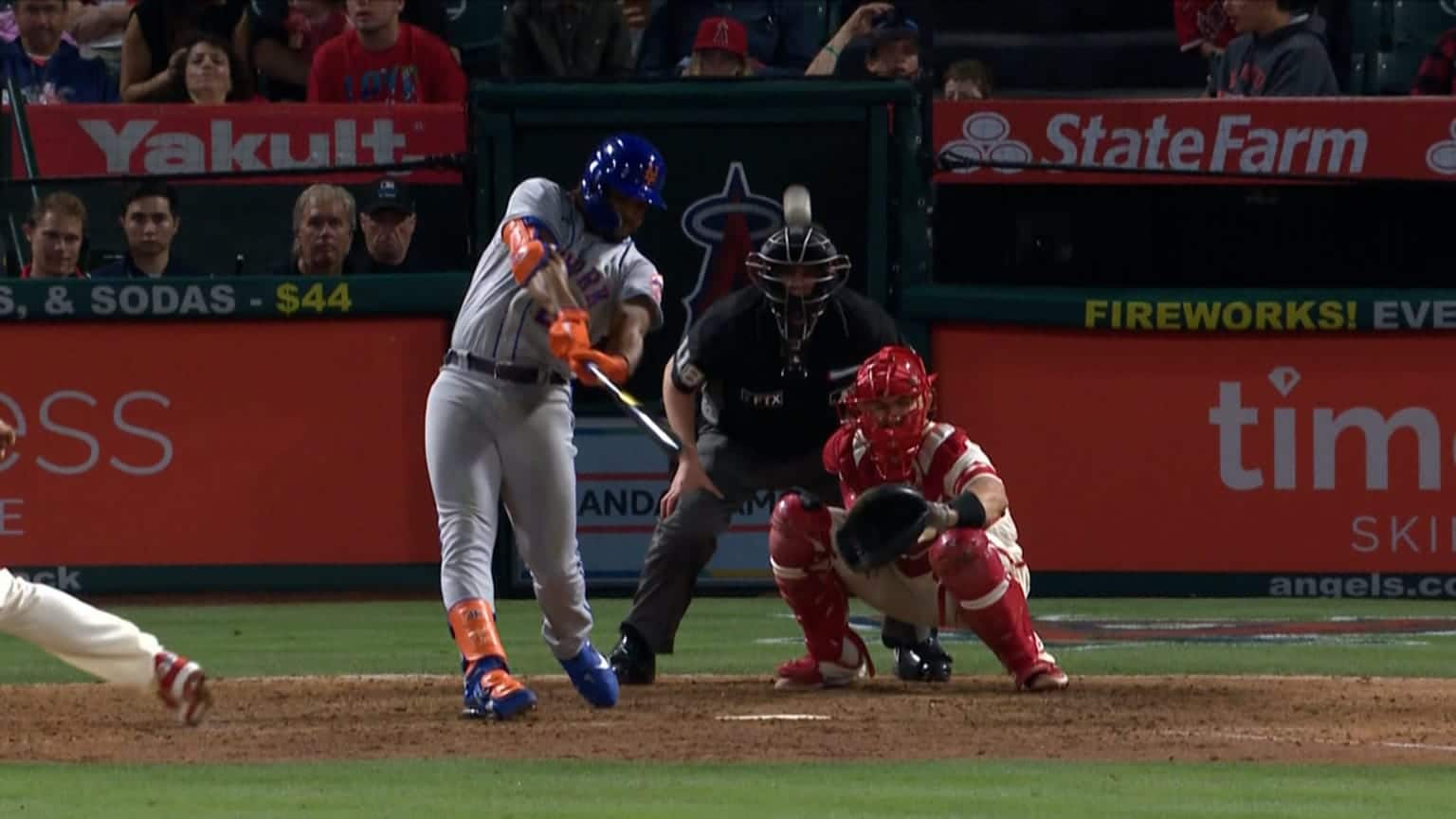 Now that the 2022 season is over for the New York Mets, we have been looking back at the year that was. After taking a more general view of the offense, pitching, and coaching staff, it’s time to take a deeper dive into the Mets’ players. This series will take a look at every player on the roster for the Mets at the end of the season from A (Pete Alonso) to W (Trevor Williams). The review will look at their season statistics, stories, and what role (if any) they will have next season. We continue the series today with a look at outfielder Khalil Lee.

Story: After a solid 2021 campaign with AAA Syracuse, the Mets were hoping that outfield prospect Khalil Lee would take another step forward in 2022. Lee was sent back to Syracuse after spring training and struggled early, forcing the Mets to demote him all the way to Low-A St. Lucie to get his confidence back. 10 days in St. Lucie did the trick for Lee, who was promoted back to Syracuse and got a shot with the Mets in mid-June when the team was a bit short-handed on the West Coast. Lee made quite the impression in his limited playing time, launching his first career major league home run in Anaheim on June 11. That would be the highlight of Lee’s season as he was sent back to AAA Syracuse on June 15 and spent the rest of the season there.

The home run was a nice milestone for Lee but isn’t enough to warrant a grade for the entire season.

There is still a lot to like in Lee’s game but the fact is that he is going to turn 25 in June, raising questions about whether he will ever reach his full potential. The Mets could consider shopping Lee in a trade to add another piece to their 40-man roster but he will likely come to camp in February hoping to win a backup role on the Opening Day roster.

Check back on Monday as our Player Review Series continues with a look at shortstop Francisco Lindor!