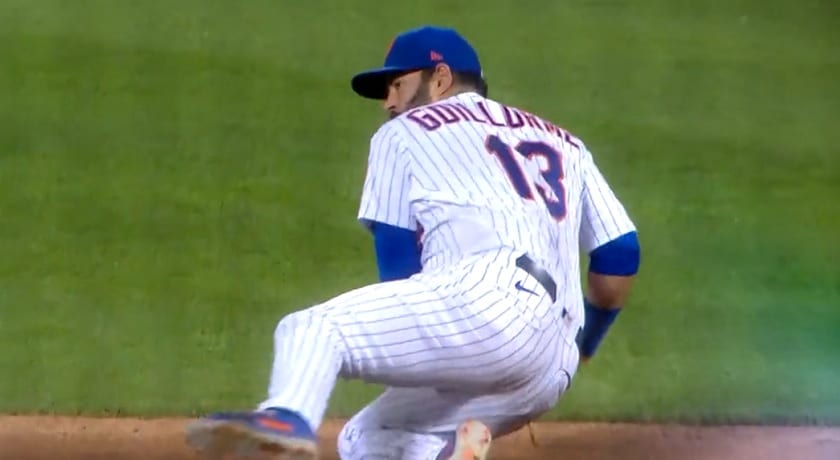 Now that the 2022 season is over for the New York Mets, we have been looking back at the year that was. After taking a more general view of the offense, pitching, and coaching staff, it’s time to take a deeper dive into the Mets’ players. This series will take a look at every player on the roster for the Mets at the end of the season from A (Pete Alonso) to W (Trevor Williams). The review will look at their season statistics, stories, and what role (if any) they will have next season. We continue the series today with a look at infielder Luis Guillorme.

Story: Luis Guillorme entered 2022 in the same role that he had been handed the past few years, the reserve infielder known primarily for his glove. New manager Buck Showalter quickly took a liking to Guillorme, however, and handed him more playing time in the early going. Guillorme responded by pairing his reliably stellar defense with a strong batting average to become a playable starter who hit .293 in the first half. The struggles of Eduardo Escobar created a platoon opportunity at third for Guillorme, who started starting there against right-handed pitching before injuring his groin in mid-August. The groin issue cost Guillorme a month and he never quite got going with the bat again after returning from the injured list. Guillorme only saw one at bat in the postseason, striking out as a pinch hitter in the Mets’ Game 1 loss to the San Diego Padres.

Guillorme’s defense has never been a question for the Mets but his hot bat was a pleasant surprise.

Winning teams need players like Guillorme on their roster so he will be back in 2023. Guillorme’s playing time may go down a bit depending on what other moves the Mets make to upgrade their roster this winter.

Check back tomorrow as our Player Review Series continues with a look at relief pitcher Tommy Hunter!