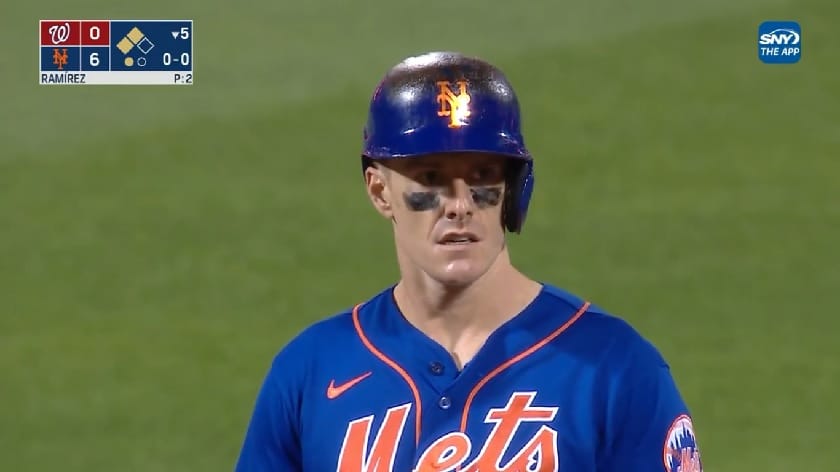 Now that the 2022 season is over for the New York Mets, we have been looking back at the year that was. After taking a more general view of the offense, pitching, and coaching staff, it’s time to take a deeper dive into the Mets’ players. This series will take a look at every player on the roster for the Mets at the end of the season from A (Pete Alonso) to W (Trevor Williams). The review will look at their season statistics, stories, and what role (if any) they will have next season. We continue the series today with a look at outfielder Mark Canha.

Story: Seeking to add more contact hitters to their lineup, the Mets signed Mark Canha to a two-year deal worth $26.5 million on November 30 of 2021. Canha became the Mets’ starting left fielder and was a solid hitter all year long who also provided good defense in left. The Mets got their best performance out of Canha in August, when he hit .292 with four home runs and 17 RBIs to help carry the offense. Canha also had a signature game against the Philadelphia Phillies on August 20, slugging two home runs and driving in five runs, including the game-winning homer off of David Robertson as the Mets won a slugfest that would go down as their best victory of the season.

Unfortunately for the Mets, Canha cooled off in September, hitting just .213 with a home run and five RBIs for the month. Canha’s cold streak continued into the postseason as he went hitless in 10 at-bats during the Mets’ Wild Card round loss to the San Diego Padres.

Canha was a solid role player in the Mets’ lineup throughout the season and provided capable defense in both left field and center when Brandon Nimmo needed a day off. The problem was that the Mets’ lack of protection behind Pete Alonso forced Canha to hit higher in the order than he should have, exposing his limitations as an offensive contributor.

Contract Status: Signed Through 2023 (Will Earn $10.5 Million Next Season)

Canha will be back for the Mets next season but he could lose some at-bats if the Mets add a more capable fourth outfielder from the left side. Manager Buck Showalter managed Canha’s playing time earlier in the season before using him every day down the stretch. Canha’s results were clearly better in the previous arrangement so don’t be surprised if the Mets try to create an opportunity to do so more often in 2023 without downgrading their offense too much on days that Canha sits.

Check back next week as our Player Review Series continues with a look at starting pitcher Carlos Carrasco!