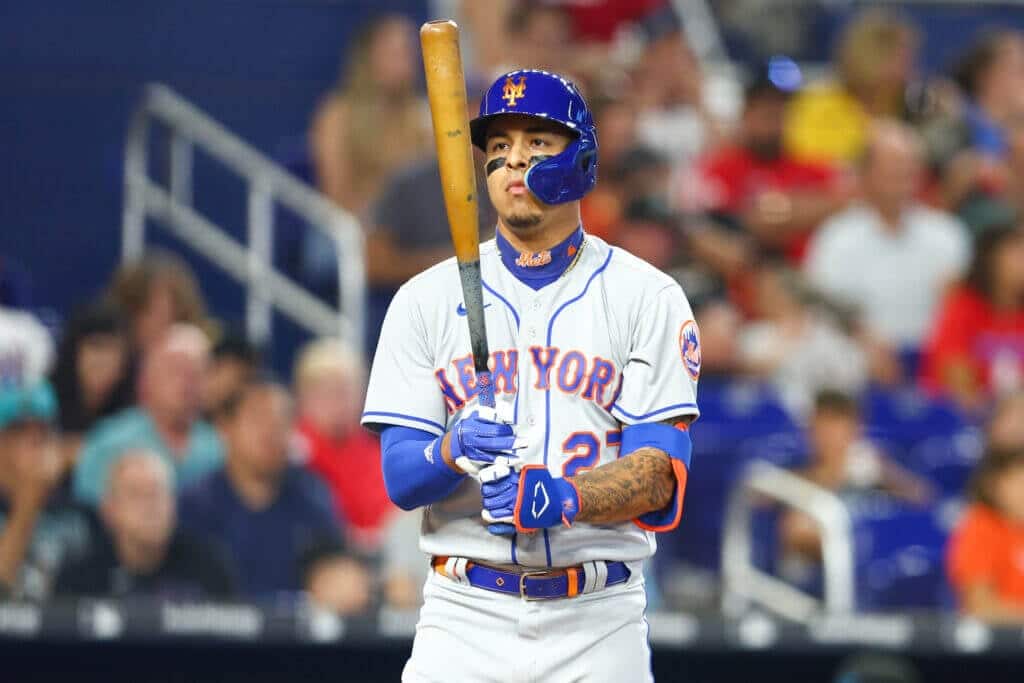 Now that the 2022 season is over for the New York Mets, we have been looking back at the year that was. After taking a more general view of the offense, pitching, and coaching staff, it’s time to take a deeper dive into the Mets’ players. This series will take a look at every player on the roster for the Mets at the end of the season from A (Pete Alonso) to W (Trevor Williams). The review will look at their season statistics, stories, and what role (if any) they will have next season. We continue the series today with a look at third baseman Mark Vientos.

Story: Prospect Mark Vientos entered the 2022 season without a clear path to the major leagues and started the year with AAA Syracuse. The Mets were happy with what they saw out of Vientos, who flashed a ton of power and earned an invite to the Futures Game, but were hesitant to give him big league at-bats despite a clear need for pop in their lineup. Vientos finally got his opportunity in September, earning a promotion when Starling Marte landed on the injured list, but manager Buck Showalter didn’t immediately give Vientos everyday at-bats. The team opted to continue trying to get Darin Ruf going, using him in right field against lefties while Vientos served as a designated hitter, likely due to concerns over Vientos’ ability to play the field.

The end result was that Vientos showed flashes of potential but never got enough at-bats to get truly comfortable against big-league pitching. The Mets opted not to carry Vientos on their postseason roster, taking fellow prospect Francisco Alvarez and Ruf as their options against lefties in the Wild Card Series, leaving him a spectator as the team was eliminated from the postseason in three games by the San Diego Padres.

Vientos didn’t wow in his small sample size but plenty of prospects struggle in their first trip to the majors. The Mets didn’t do Vientos any favors by forcing him to learn on the job in a pennant race on a part-time basis.

Vientos is listed as a third baseman but can’t play the position at the big league level, which hurts his chances of sticking there. Syracuse was using Vientos primarily at first base, which won’t work in the majors since Pete Alonso plays there, so the only real path to big league at-bats for Vientos is via the DH role. The fact the Mets failed to close the Carlos Correa deal opens an opportunity for Vientos to win a competition in spring training to serve as the righty half of a DH platoon but the most likely scenario is for him to begin 2023 in Syracuse working in the outfield to try and gain some defensive versatility.

Check back tomorrow as our Player Review Series continues with a look at designated hitter Daniel Vogelbach!