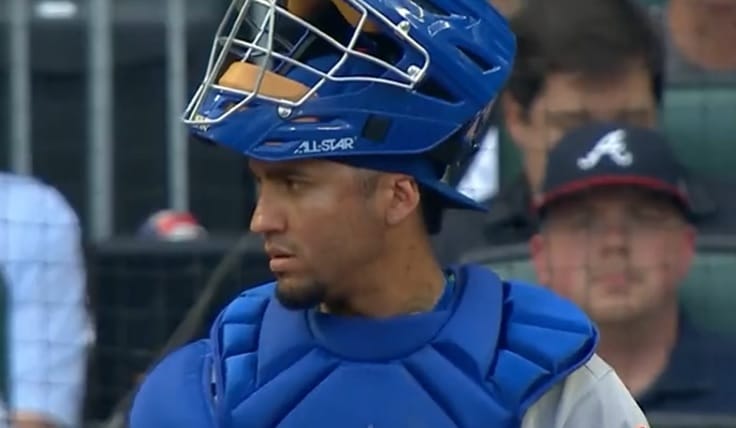 Now that the 2022 season is over for the New York Mets, we have been looking back at the year that was. After taking a more general view of the offense, pitching, and coaching staff, it’s time to take a deeper dive into the Mets’ players. This series will take a look at every player on the roster for the Mets at the end of the season from A (Pete Alonso) to W (Trevor Williams). The review will look at their season statistics, stories, and what role (if any) they will have next season. We continue the series today with a look at catcher Michael Perez.

Story: Michael Perez began the 2022 season as the backup catcher for the Pittsburgh Pirates. After posting mediocre numbers in four months of action, Pittsburgh waived Perez in July. The Mets, seeking depth at catcher with James McCann on the injured list, acquired Perez from the Pirates for cash considerations and assigned him to AAA Syracuse. Perez was recalled in mid-August and spent 10 days as the backup, notably picking up a bit hit against the Philadelphia Phillies in the opener of a doubleheader on August 20th that saw him drive in two runs. The Mets sent Perez back to AAA on August 26th and he spent the remainder of the regular season with Syracuse.

Perez did have a big hit for the Mets but it is hard to give him a grade off of 16 plate appearances.

Perez elected to become a free agent after the season and is currently playing winter ball to try and attract interest from big league clubs. It seems unlikely that the Mets would be interested in a reunion with Perez since they already have three catchers on their 40-man roster in Tomas Nido, top prospect Francisco Alvarez and newly acquired Omar Narvaez. Expect Perez to try and latch on with another organization that has a cleaner path to big league at bats.

Check back tomorrow as our Player Review Series continues with a look at starting pitcher David Peterson!