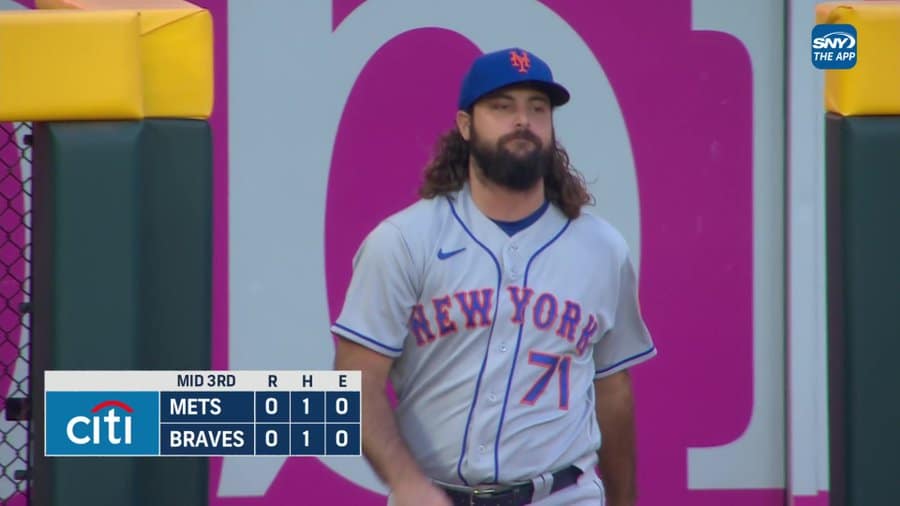 Now that the 2022 season is over for the New York Mets, we have been looking back at the year that was. After taking a more general view of the offense, pitching, and coaching staff, it’s time to take a deeper dive into the Mets’ players. This series will take a look at every player on the roster for the Mets at the end of the season from A (Pete Alonso) to W (Trevor Williams). The review will look at their season statistics, stories, and what role (if any) they will have next season. We continue the series today with a look at relief pitcher R.J. Alvarez.

Story: The Mets signed R.J. Alvarez to a minor league contract during spring training and had him begin the year with AAA Syracuse. Alvarez worked out of the bullpen for Syracuse before he was recalled to the big club in July. The Mets had Alvarez up for two separate stints and did not use him, designating him for assignment on July 31 before sending him back to Syracuse after he cleared waivers. Alvarez was called up for the third time in mid-August and got into a game against the Atlanta Braves after starter Taijuan Walker had to leave the contest with a back injury. The Braves proceeded to slug two homers off of Alvarez in 2.1 innings of work, giving them a 3-0 lead they would never relinquish in a 5-0 win. Alvarez was stuck with the loss and was designated for assignment again the following day. Alvarez was sent back to Syracuse after clearing waivers three days later, which is where he would spend the rest of the season.

As bad as Alvarez was in his one big league appearance, it’s not enough of a sample size to merit a grade.

Alvarez elected to become a free agent on October 9 and will look for another opportunity to make the majors in a different organization. The Mets will undoubtedly sign another minor league arm to fill out the Syracuse pitching staff in hopes of getting a better performance than the one they received from Alvarez.

Check back tomorrow as our Player Review Series continues with a look at New York Mets’ starting pitcher Chris Bassitt!