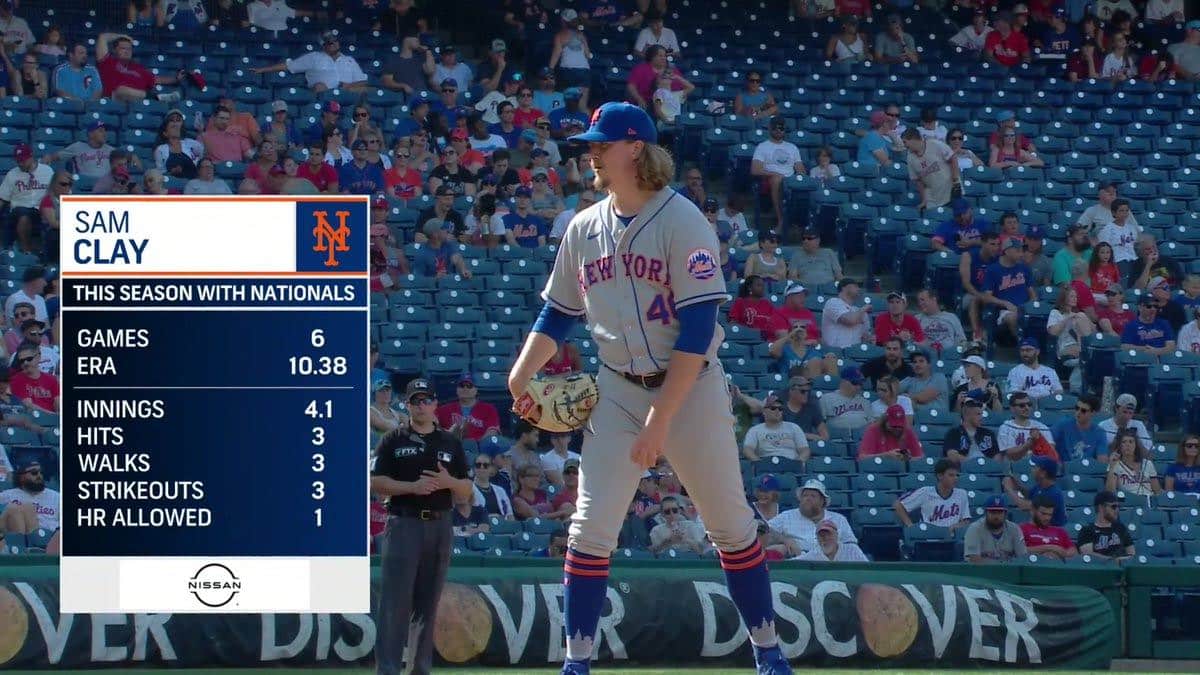 Now that the 2022 season is over for the New York Mets, we have been looking back at the year that was. After taking a more general view of the offense, pitching, and coaching staff, it’s time to take a deeper dive into the Mets’ players. This series will take a look at every player on the roster for the Mets at the end of the season from A (Pete Alonso) to W (Trevor Williams). The review will look at their season statistics, stories, and what role (if any) they will have next season. We continue the series today with a look at relief pitcher Sam Clay.

Story: Sam Clay began 2022 in the Washington Nationals’ organization and spent time riding the AAA shuttle between Washington and Rochester. The Nationals saw Clay make six ineffective appearances for them before waiving him in July. The Philadelphia Phillies then claimed Clay and kept him in their organization for five days before waiving him, creating an opportunity for the Mets to add Clay on July 10 to add another lefty to their organization. The Mets also had Clay ride the Syracuse shuttle a few times, calling him up to the major leagues on three separate occasions but he only got in one game, allowing an unearned run against the Phillies on August 20.

It’s not fair to Clay to give him a grade based on one regular season appearance for the Mets.

Clay will likely elect to become a minor league free agent today and the Mets could explore a reunion with him as a depth lefty in their organization. The more likely scenario sees Clay look to latch on elsewhere and the team try to find another lefty for a minor league contract in the offseason.

Check back tomorrow as our Player Review Series continues with a look at relief pitcher John Curtiss!