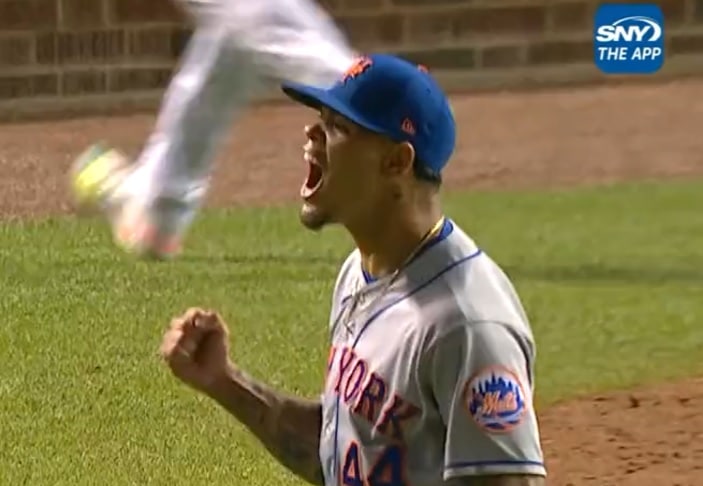 Now that the 2022 season is over for the New York Mets, we have been looking back at the year that was. After taking a more general view of the offense, pitching, and coaching staff, it’s time to take a deeper dive into the Mets’ players. This series will take a look at every player on the roster for the Mets at the end of the season from A (Pete Alonso) to W (Trevor Williams). The review will look at their season statistics, stories, and what role (if any) they will have next season. We continue the series today with a look at relief pitcher Yoan Lopez.

Story: Seeking depth for their bullpen, the Mets claimed Yoan Lopez off waivers from the Miami Marlins towards the end of spring training and assigned him to AAA Syracuse. Lopez made his Mets’ debut in memorable fashion on April 27, when he threw up and in at Nolan Arenado in mop-up relief after feeling that the Mets were getting thrown at by the St. Louis Cardinals. The incident led to a benches-clearing brawl and earned Lopez a two-game suspension, which he appealed down to one and served in late May.

Apart from that, Lopez was basically a frequent flier on the Syracuse shuttle, repeatedly getting called up when the Mets needed an extra bullpen arm for doubleheaders or in the case of injury. Lopez did pick up a win in relief on July 16, allowing one unearned run in two innings of relief against the Chicago Cubs in a game the Mets won in 10 innings, but that was the highlight of his season.

Lopez may have won the hearts of Mets fans when he threw at Arenado but his overall performance was quite mediocre.

Lopez is one of the few relievers who appeared in more than a handful of games last season that the Mets have under contract for the 2023 season. The Mets likely want to keep Lopez around since he is not eligible for arbitration and has minor league options remaining, making him a valuable commodity for their organization. Lopez is, however, on the 40-man roster so he could be waived if the Mets need that spot for an external acquisition at some point this winter.

Check back tomorrow as our Player Review Series continues with a look at starting pitcher Joey Lucchesi!