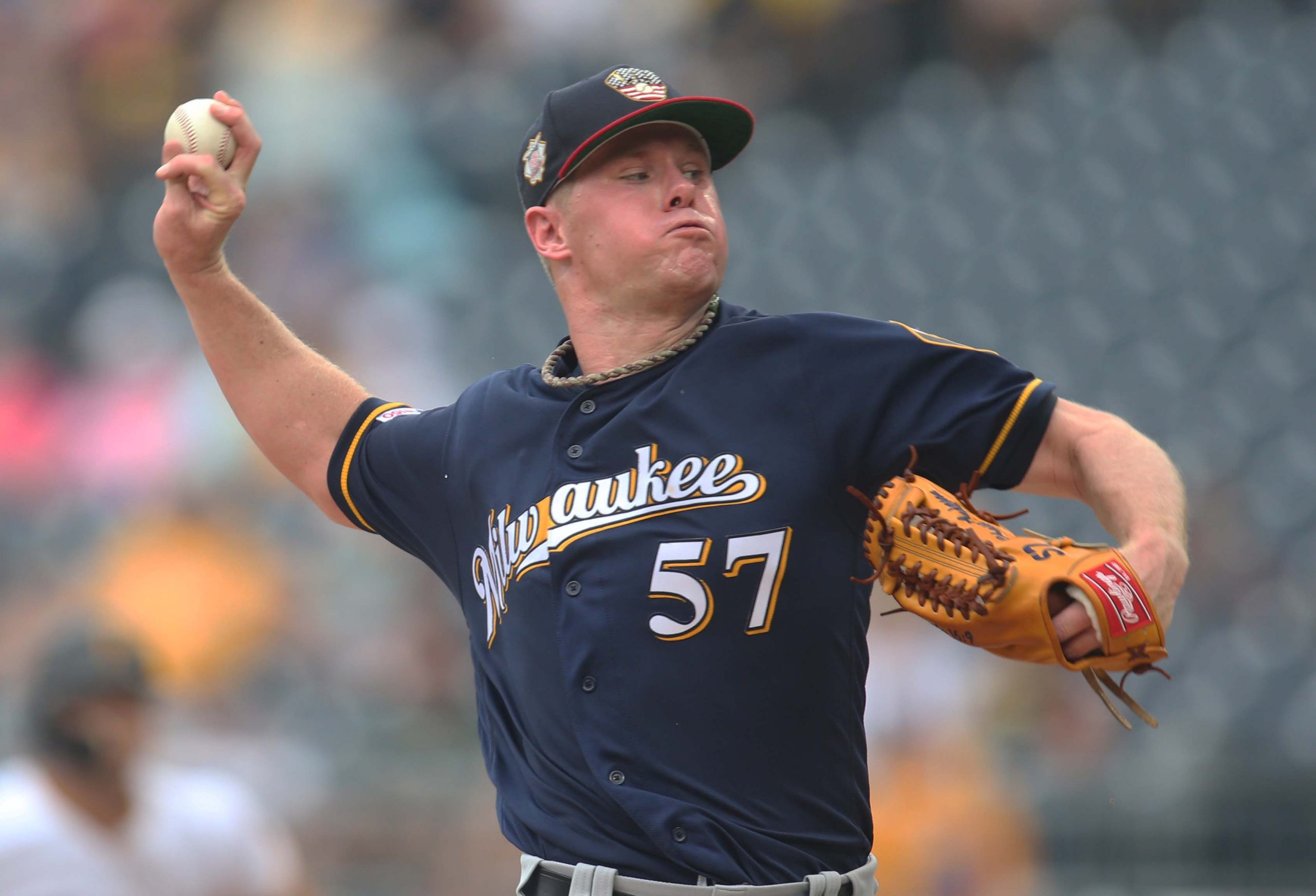 Milwaukee Brewers starting pitcher Chase Anderson of Wichita Falls, TX may not be one of baseball’s biggest names of players on the mound. At 31 years of age, he currently finds himself as the fourth starter in a rotation that also includes Jhoulys Chacin, Brandon Woodruff of Tupelo, MS, Zach Davies of Puyallup, WA and Adrian Houser of Tahlequah, OK.

However, over the last three seasons, one could make the argument that Anderson has been the most consistent starter. He is the only current Brewers starting pitcher with an earned run average under four in each of the last three seasons. In 2017, it was 2.74. In 2018, it was 3.93 and in 2019 it is currently 3.96.

On Wednesday in Milwaukee, Anderson only gave up one hit and had zero earned runs in five and two thirds innings. He also got the win in a 5-4 Brewers victory over the Atlanta Braves. Anderson saw his season record improve to five wins and two losses, and his season earned run average drop from 4.27 to 3.96. In 77.3333 innings of work in 2019, Anderson has given up 68 hits, 34 earned runs and 26 walks. He has 75 strikeouts and a WHIP of 1.22.

As the Brewers, who are at 50 wins and 47 losses, try and catch the National League Central Division leading Chicago Cubs, a healthy and effective Chase Anderson will be significant down the stretch. With starting pitching in baseball at a premium right now, Anderson’s consistency has helped make the Brewers contenders.