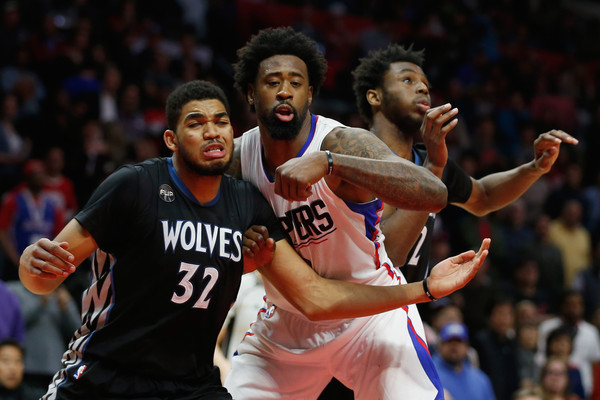 The easiest way to sum up the Minnesota Timberwolves loss to the Los Angeles Clippers on Saturday night is ‘not quite good enough.’ The Clippers jumped out to a 34-21 lead in the first quarter, and there wasn’t much the Wolves could do to counter effectively.

By the end of the night, the Clippers notched a 119-105 victory, their sixth straight win. The 9-1 Clippers are the NBA’s best team right now and are 1.5 games ahead of the Golden State Warriors in the Western Conference standings.

Clippers with their 9th straight victory in MIN, tying the Warriors for longest active win streak at Target Center.

Each of the Clippers starters and three-time NBA Sixth Man of the Year combo guard Jamal Crawford scored double digits in points.

Center Karl-Anthony Towns led the Wolves effort with 24 points, 10 rebounds, and two assists in 33 minutes. Although the team was overpowered from start to finish, the return of point guard Ricky Rubio (elbow) was a welcome sight.

The little things – turnovers, foul trouble – seem to be the biggest focus for the Wolves right now. Despite the 2-6 start, Towns and small forward Andrew Wiggins say they’re not discouraged.

Towns and Wiggins both said no one is getting discouraged with the 2-6 start. Focus on improving daily.

The Wolves outscored the Clippers in the paint 58-38, which is a good sign given the Clippers under the basket presence of power forward Blake Griffin and center DeAndre Jordan.

Minnesota continues its second night of back-to-back games versus LA tonight as they take on the Los Angeles Lakers at the Target Center at 6:00 p.m.