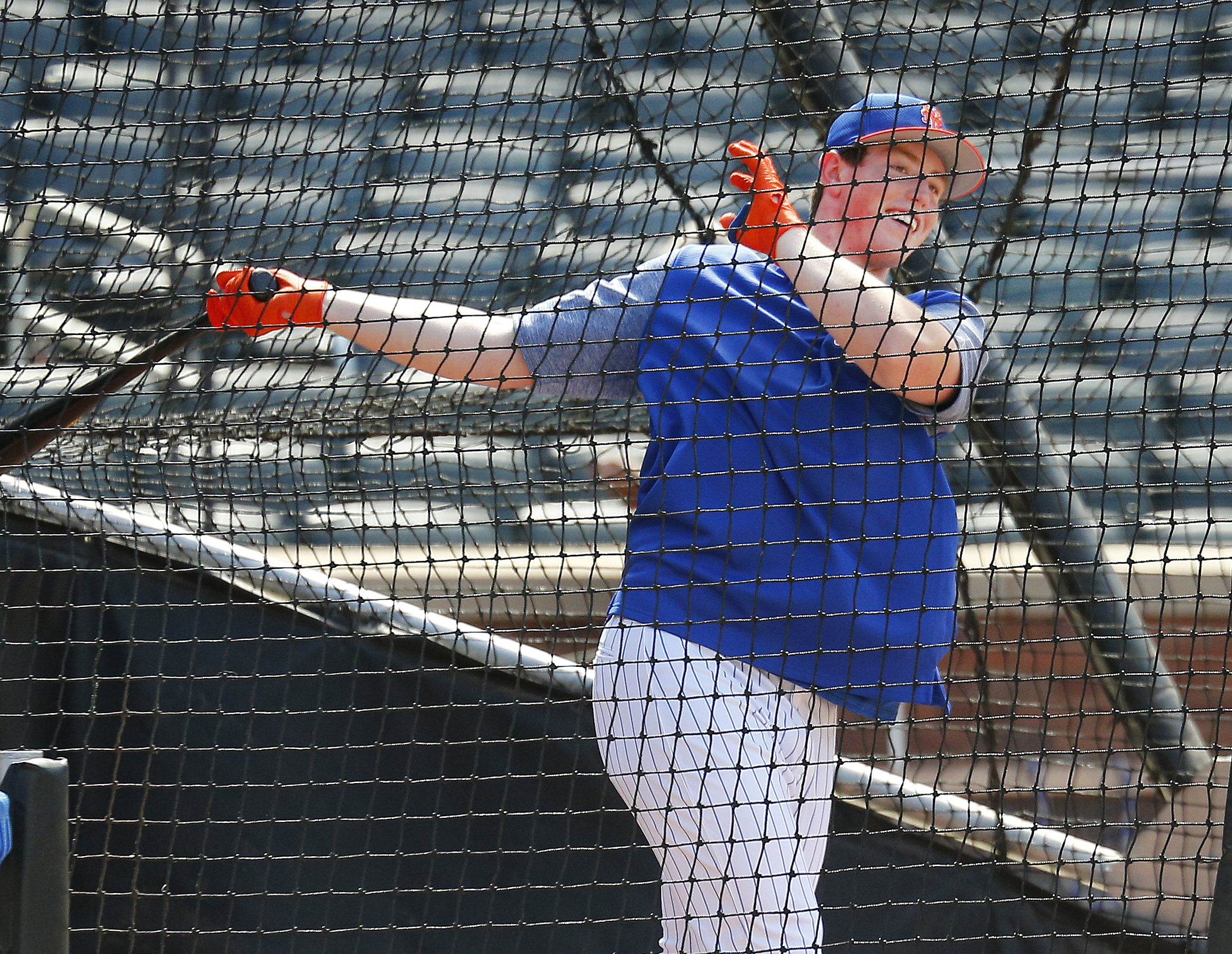 The New York Mets didn’t dip too deeply into their farm system at the trade deadline and the decision appears to have paid significant dividends. ESPN has rated the Mets’ farm system as the game’s fifth best, a great development for a team with the second-best record in Major League Baseball that has set out an end goal of sustainable success. One of the system’s best prospects has been third baseman Brett Baty, whose promotion to AAA Syracuse has made him the focus of this week’s edition of Minor League Mondays.

Baty, the Mets’ first-round pick in the 2019 draft, got off to a slow start for AA Binghamton but has torn the cover off the ball since. June marked the beginning of Baty’s ascent as he hit .326 for the month and he remained white hot over the course of July. In 96 at-bats over 23 games, Baty hit .365 with eight home runs, 27 RBIs and an outstanding 1.123 OPS. That performance helped Baty earn the Eastern League’s Minor League Player of the Month honors for July and convinced the Mets to push him up to Syracuse for the remainder of this season.

Baty has made significant offensive improvements by cutting down on his ground ball rate, getting more balls into the air to take advantage of his natural power. Scouts are convinced that Baty will be a strong offensive performer at the next level but the biggest area of improvement that will define when he arrives in Queens is on defense.

Third base is wide open in the long term for the Mets since David Wright’s retirement but Baty has had his share of defensive issues, committing 14 errors for the Rumble Ponies this season. The Mets have had Baty spend some time in left field with the Rumble Ponies as well, a move that Baty has taken to nicely since his athleticism and arm can play more in left.

The plan for Baty is likely for him to spend the remainder of this season with Syracuse before potentially pushing for a job with the Mets at some point next season. Eduardo Escobar and Mark Canha, the Mets’ regular third baseman and left fielder, have contracts that expire after the 2023 season so it wouldn’t be a shock to see Baty split time with them next summer before taking a regular job for the 2024 campaign. The Mets are already thrilled at the prospect of having Francisco Alvarez be a future star and Baty could help him anchor the lineup for a decade if all goes well.