Minor League Mondays: Jose Butto Could Be A Factor In The Future 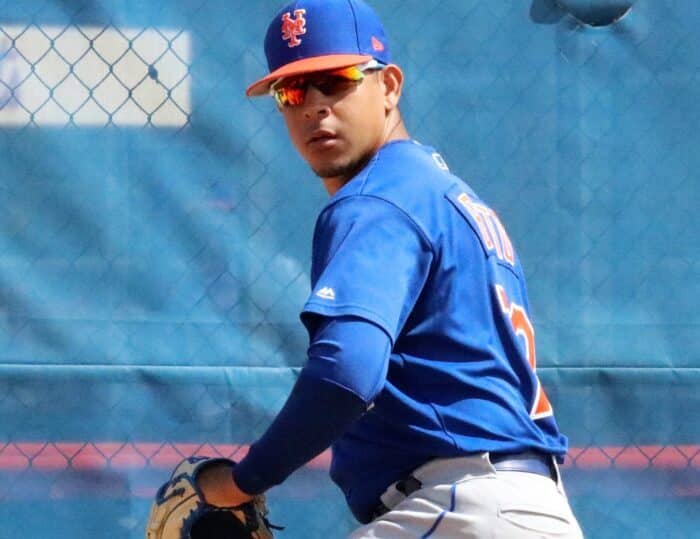 The strength of the New York Mets has been their starting pitching staff but there are a ton of questions about the unit’s future after this season. Of the original starting five, only Max Scherzer is definitely under contract for next season while option decisions could see Jacob deGrom, Taijuan Walker, Chris Bassitt and Carlos Carrasco hit the market. Some of those names will be back but the Mets will need to develop more pitching to backstop the rotation in the event of injuries. One name to watch on this front is Jose Butto, who is the focus of this week’s edition of Minor League Mondays.

Butto signed with the Mets as an international free agent in 2019 for just a $5,000 signing bonus, which makes sense since he was a relatively unheralded 19-year-old pitching prospect. Things have gone very well for Butto, who broke out last season between High-A Brooklyn and AA Binghamton, going 4-6 with a 3.83 ERA, striking out 110 batters in 98.2 innings pitched. Opponents hit just .226 against Butto, who has a fastball that sits between 92-94 miles per hour that compliments his low-80s changeup in tremendous fashion. Butto also has a curveball that is a bit below average, meaning its development could be the difference between him becoming a starter or a reliever at the big league level.

2022 has gone well for Butto so far as he has gone 3-4 with a 3.64 ERA in 11 starts for the Rumble Ponies, striking out 61 batters in 47 innings pitched. Butto, who is currently the Mets’ 12th best prospect according to MLB.com, was added to the 40-man roster over the winter to protect him from the Rule V Draft, a sign that the organization believes in his potential. The next step for Butto will likely be a promotion to AAA Syracuse in the coming months but the Mets’ need for bullpen help could make him a late-season candidate to join the major league roster.

The Mets have already cycled through a litany of minor leaguers to try and bolster their bullpen with Collin Holderman, Adonis Medina, Stephen Nogosek and Yoan Lopez getting meaningful appearances. Butto has the advantage of already being on the 40-man roster with two excellent pitches, so he could be a potential late-season call-up if his success continues throughout the year.