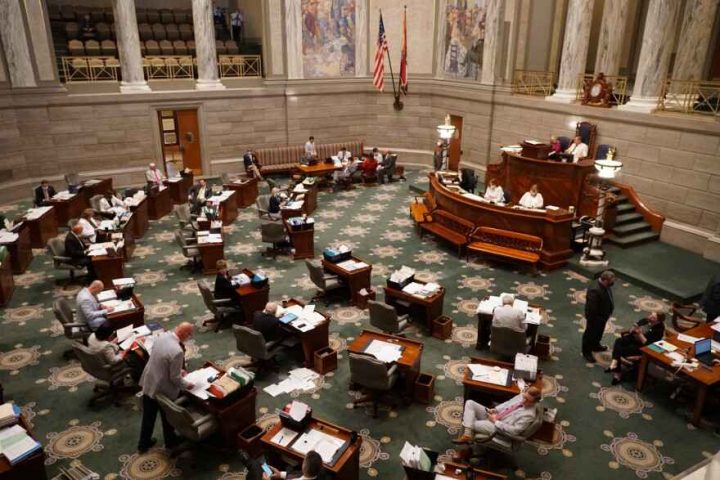 Missouri sports betting could soon become endorsed by state law, as a bill to do just that is headed to the state Senate for approval, after passing through the Missouri House lawmakers approved the legislation.

Missouri sports betting fans have been left in the dark since the wave of legalization has swept the United States. In 2018, the Supreme Court ruled that the 1992 federal ban on sports betting in most states was a constitutional violation. After the ruling, several states including New Jersey and Rhode Island immediately prepared to legalize sports betting. Since then, over 25 states in the U.S. have signed on to allow some form of legalized sports betting. The state of Missouri remains one of just a handful of U.S. states that doesn’t allow sports betting of any kind, including horse racing.

The bill that is currently being sent for Missouri State Senate approval, could see both legal sportsbooks and racebooks approved for operation by the end of the year. Mobile betting and online sports betting options in Missouri are also being considered in the bill.

The Missouri sports betting bill that is headed to the State Senate would make it legal to bet on both professional and college sports. The bill proposes an 8% tax on all wagers, which is estimated to create an extra $10 million in generated revenue for the State of Missouri.

“We have I believe around 30 states that have legalized some sort of sportsbook,” Sen. Denny Hoskins, said. “I’m hopeful that Missouri will do the same this year.”

Meanwhile, State Senator John Rizzo, who represents Independence, MI, also stated his frustration with the current law regulating gambling in Missouri. “It’s a little ridiculous that I can go to a casino and lose a thousand dollars playing blackjack. But I can’t bet 50 bucks on the Chiefs to win,” Rizzo said.

Another sports wagering bill has also been proposed for Missouri senators, introduced by Warrensburg representative Denny Hoskins. While the House version of the Missouri sports betting bill proposes an 8% tax, the bill that Hoskins is proposing would levy a tax rate of 21%.

Hoskins has endorsed support for both bills being introduced for Senate approval, stating that if changes were made to the tax rate of the House version of the bill, he would support it, should his bill fail to get Senate approval.

“We’re the show me state. We like to be shown what other states are doing first before we pass it, and we want to make sure that we have a great bill. Not just a good bill,” Hoskins said.

All signs are pointing to yes. The only question left to be answered by the Senate is what the exact tax rate levied on the sportsbooks and the customers will be. The House version of the Missouri sports betting bill is proposing a modest 8% tax rate, which would be highly competitive with a number of other states in the region.

While the bill that is being introduced by Senator Hoskins proposes a much higher tax rate of 21%. In short, yes, sports betting in Missouri could become state law before the end of 2022. The main question will be whether or not sports bettors will have to pay -110 or -120 on point spread bets, as the vig will be determined by the Senate approved tax rate.