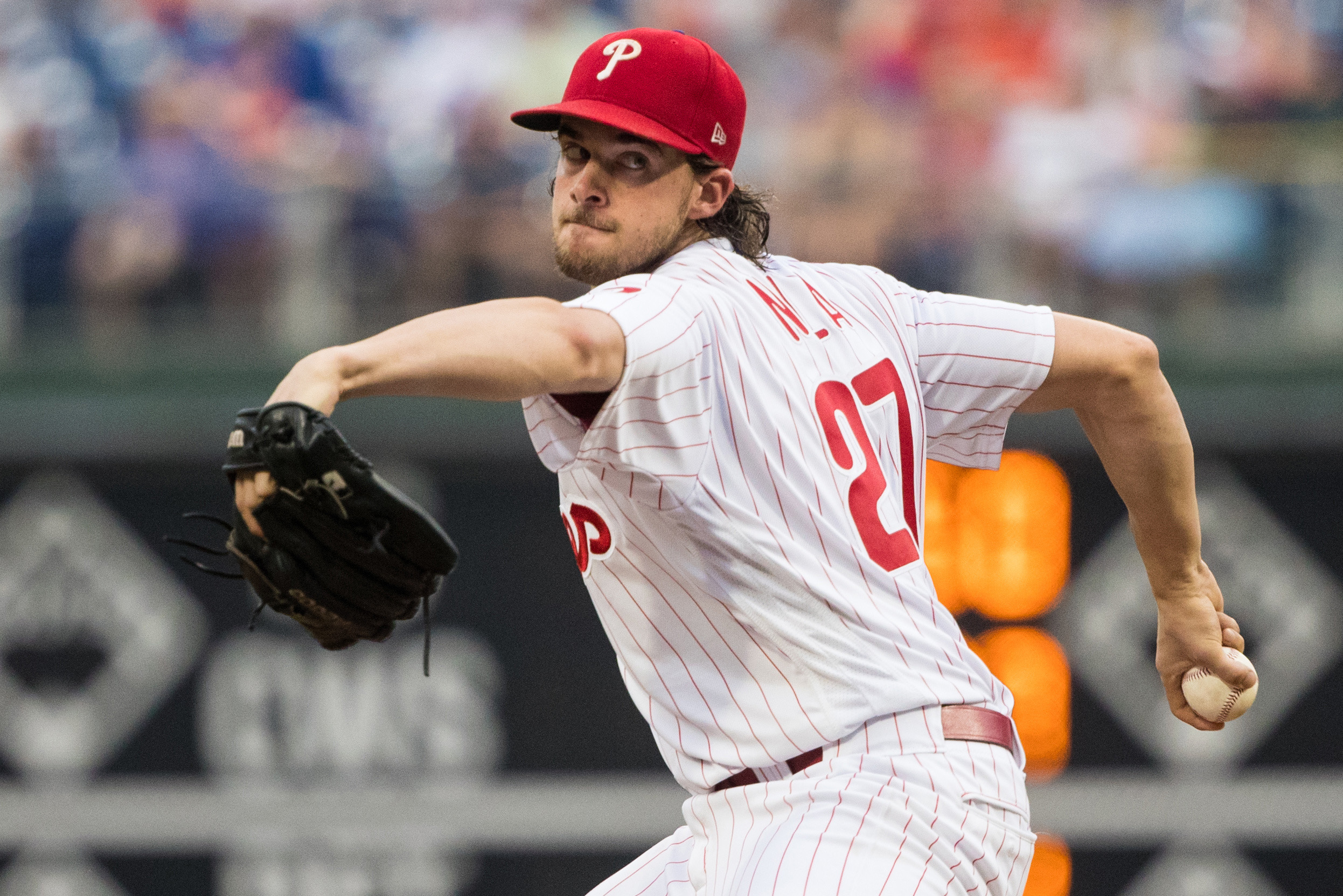 Unlike the last couple of days, we do not get a full slate of baseball, but we do have an eight-game slate on June 30. In this article, we offer one batter in a prime spot to knock in a runner, another batter with a great matchup to go yard, and one pitcher with a very good matchup to rack up the strikeouts for our best MLB player prop bets tonight, June 30.

Aaron Nola is having a very good season. He has a 2.98 ERA, 0.90 WHIP, and a ridiculous 109/13 K/BB ratio. Opposing batters are hitting .210 against him on the year. He has allowed two earned runs or less in each of his last four starts and he has 18 strikeouts over his last two games. Nola has struck out eight batters or more in seven out of his last 12 starts. He is averaging 7.3 strikeouts per game and he gets to face a team that strikes out quite frequently this season.

Austin Riley has struck out nine times in 31 at-bats, Travis d’Arnaud is 3/19 and he struck out five times, Dansby Swanson is 9/42 with seven strikeouts, and Marcell Ozuna has struck out 13 times in 35 at-bats against Nola.

Nola faced the Braves earlier this season and he allowed one earned run in 8.1 innings and he struck out 10 batters. Nola is a great bet to go over in strikeouts in a very good matchup.

To bet on Aaron Nola Over 7.5 Strikeouts (-110) at BetOnline, click the button below.

Jose Ramirez has been hitting the ball well recently, recording at least one hit in 17 out of his last 19 games. Ramirez ranks third among all batters in the league with 63 RBIs on the year. In 12 at-bats, Ramirez is 5/12 with two doubles, one home run, and two RBIs against Archer.

Ramirez typically bats third behind Steven Kwan and Amed Rosario. Kwan has a batting average of .288 this season and he has one hit or more in seven out of his last 10 games. Rosario has been hitting the ball really well lately, recording one hit or more in 20 out of the last 22 games. In eight of the last 22 games, Rosario has had two hits or more. In limited at-bats, Rosario has had his share of success against Archer, recording two hits in five at-bats with one RBI. With Kwan and Rosario getting hits and on-base frequently, they are setting up Ramirez for knocking in runners.

Kwan and Rosario will both hit Chris Archer and get on base, which sets up Ramirez perfectly as a great pick to knock in a runner, given Ramirez’s success against Archer.

Joey Votto is having a down season thus far. He has 20 runs, 42 hits, five home runs, 24 RBIs, and a batting average of .214. Votto has started to hit the ball a bit better, recording one hit or more in eight out of his last 12 games and he has two doubles in two out of his last three games. Votto has had a lot of success against Kyle Hendricks. He is 15/38 with three doubles, one triple, five home runs, and nine RBIs against Hendricks. Votto hit a home run off Hendricks in their only matchup this season.

Kyle Hendricks is not having a good season. He has a 4.90 ERA, 1.30 WHIP, and a 55/21 K/BB ratio. Opposing batters are hitting .263 against Hendricks. He faced the Reds earlier this season and he went four innings and he allowed five hits, four earned runs, one walk, struck out just one batter, and allowed a home run to Votto. Hendricks has allowed 13 home runs in 14 games started this year.

Votto has had a lot of success against Hendricks, which makes him a great bet to go yard off Hendricks in this matchup.